The practice, which began on Independence Day in 2017, has become a daily routine of the people in this town located about 140 kms away from Hyderabad. 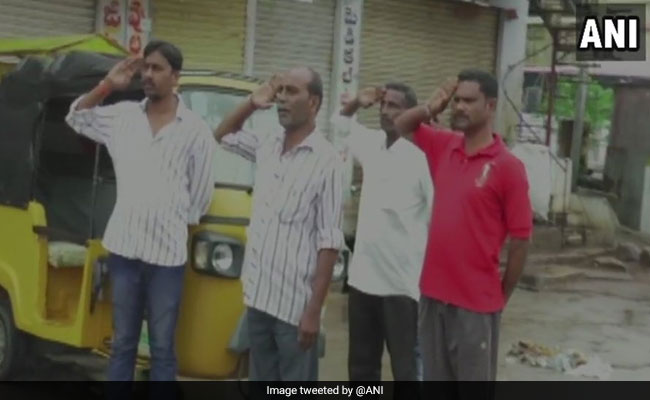 The national anthem is followed by patriotic songs, but people can disperse and carry on daily activities

Every morning the small town of Jammikunta, in Telangana's Karimnagar district, comes to a complete standstill when the residents drop all work and pause for 52 seconds to sing the national anthem.

Sharp at 7.58 am, 16 loudspeakers installed at strategic places in the town announce the singing the national anthem and two seconds later it starts playing. The announcement is made in Telugu and Hindi languages.

The practice, which began on Independence Day in 2017, has become a daily routine of the people in this town located about 140 kms away from Hyderabad.

People stop all work and the traffic comes to a standstill. The general public, school children, public transport on the road all stop; And life resumes after 52 seconds. 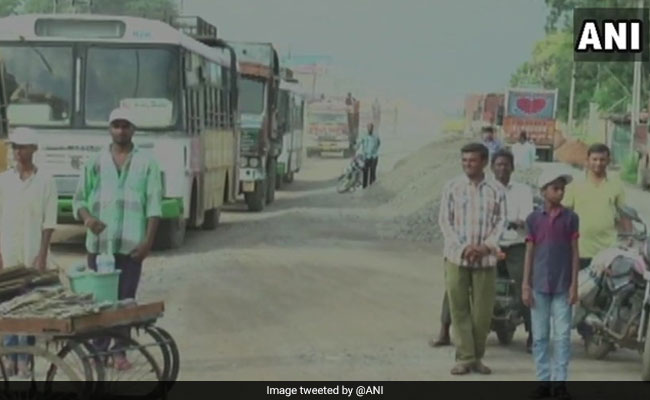 The general public, school children, public transport on the road all stop

The singing of "Jana Gana Mana" was the brainchild of Jammikunta police inspector Pingili Prashanth Reddy who introduced this practice to promote a sense of patriotism among people.

"When the Supreme Court made playing of national anthem mandatory in cinema theatres before every show, I thought why not do a similar thing at the town level. The idea was well received by people belonging to all sections of the society," he said.

The national anthem is followed by various patriotic songs, but people then can disperse and carry on their normal activities.

Over the last two years the police have taken help of volunteers to teach and train citizens how to pay respects to the national anthem. The volunteers not only regulate traffic, but also ensure that everyone stands in attention when the anthem is played.

Acknowledging the idea of Mr Prashanth Reddy, senior officials including Karimnagar district Superintendent of Police Kamalasan Reddy got 16 loudspeakers installed at different places to relay the national anthem across the town alerting residents to stop in their tracks and stand in attention in respect of the anthem.

The police official feels that besides instilling sense of patriotism and pride among citizens, beginning the day with the national anthem can keep them active throughout the day.

Inspired by this practice in Jammikunta, a similar initiative was launched in Godavarikhani town of Peddapalli district in 2018. Godavarikhani Chamber of Commerce and Trade, with the help of local authorities, installed 25 public address systems and hoisted 111 national flags across the town.