On Camera, Chairs Thrown At Congress Meet Over Local Polls In Tamil Nadu 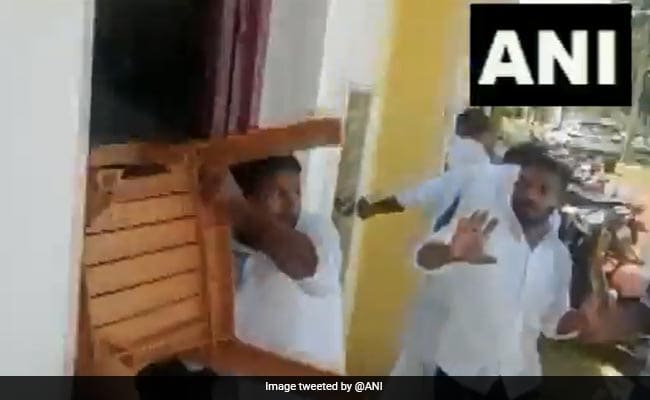 A meeting of the Congress party in Tamil Nadu's Sivaganga district descended into chaos after people started fighting inside a room where party workers and leaders had gathered to discuss plans for a local body election.

In visuals, two men are seen hurling plastic chairs at some people near the door of the hall and chasing them away. The fight happened between two factions of the local Congress unit, ANI reported, adding the police has taken control of the situation and cleared the room.

Police officials later cleared everyone from the site. pic.twitter.com/8MLnLOl8Uu

On September 12, a video emerged on social media in which P Chidambaram was seen arguing with a party worker over the local body election. Reports say some of the Congress workers want to replace local functionaries and leaders to strengthen the party in the area.

Local body elections will be held in 28 districts in Tamil Nadu on October 9.