When LK Advani looked away and Narendra Modi touched his feet 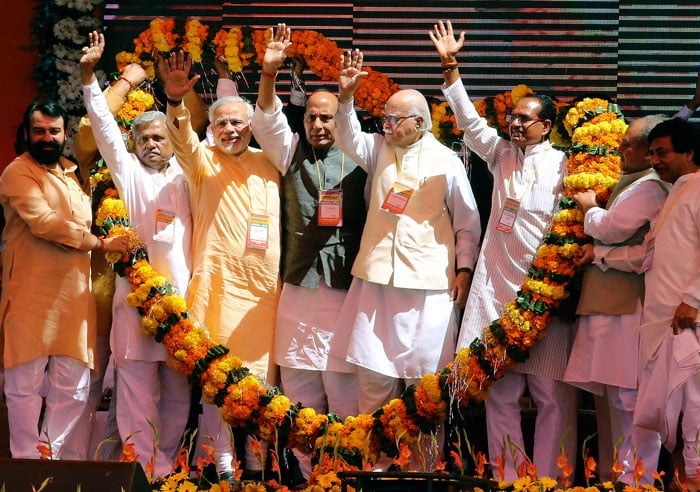 The BJP's prime ministerial candidate was in election-bound Madhya Pradesh as part of a star-studded entourage to campaign for chief minister Shivraj Singh Chouhan, who is seeking a third straight term. 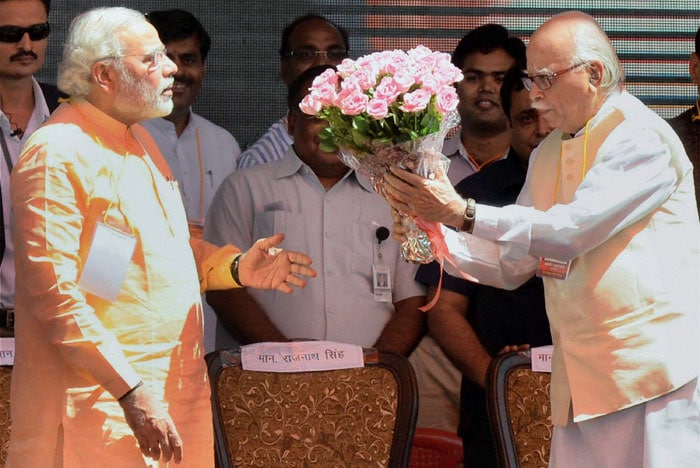 Top party leaders, including LK Advani and president Rajnath Singh, crowded the massive stage and spoke one after the other. LK Advani first, Mr Modi last.

The rally was a show of strength for Mr Chouhan. He pulled out all stops to ensure a grand show and massive crowds that prompted LK Advani to comment, "I don't think that there has ever been such a huge gathering of party workers ever in India or anywhere else. This is really like a Maha-Kumbh."

On stage, Rajnath Singh was seated between Mr Modi and Mr Advani, the latter unsmiling. The veteran leader spoke first, the Gujarat Chief Minister last. In his address, Mr Advani praised Mr Modi's work in Gujarat, but added others to his list of BJP chief ministers with creditable achievements. Most notably Mr Chouhan. 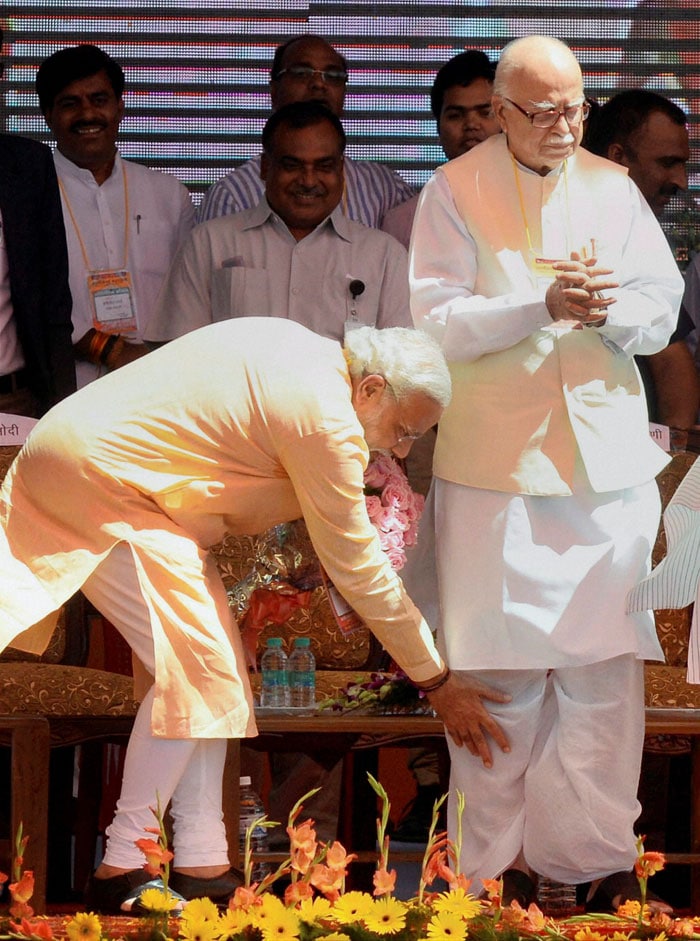 Narendra Modi touched LK Advani's feet on a huge stage in Bhopal today, but the BJP's senior-most leader scripted yet another awkward moment for the party by barely looking at the party's prime ministerial candidate.

All the BJP's top leaders, including party president Rajnath Singh, looked on. They are attending a massive rally in election-bound Madhya Pradesh to campaign for Shivraj Singh Chouhan, who will seek a third term as Chief Minister in Assembly elections due in November. 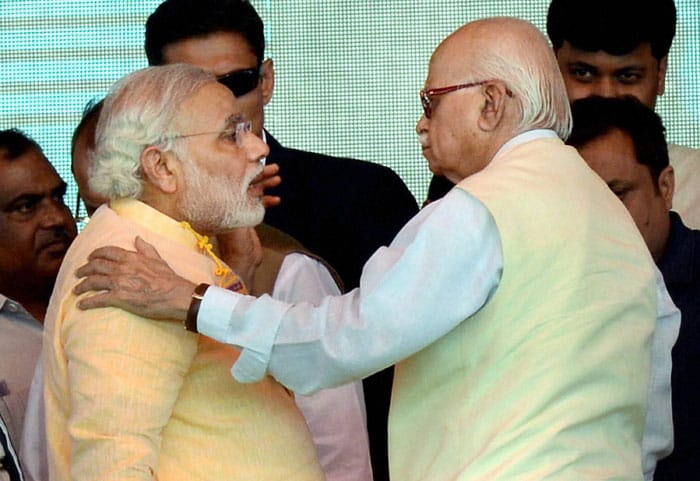 It's been a tough balancing act for host Shivraj Singh Chouhan, who took no chances with potentially fragile egos, ensuring that each top leader was greeted with massive garlands, all the same size; a gigantic cut-out of each towers over the venue. 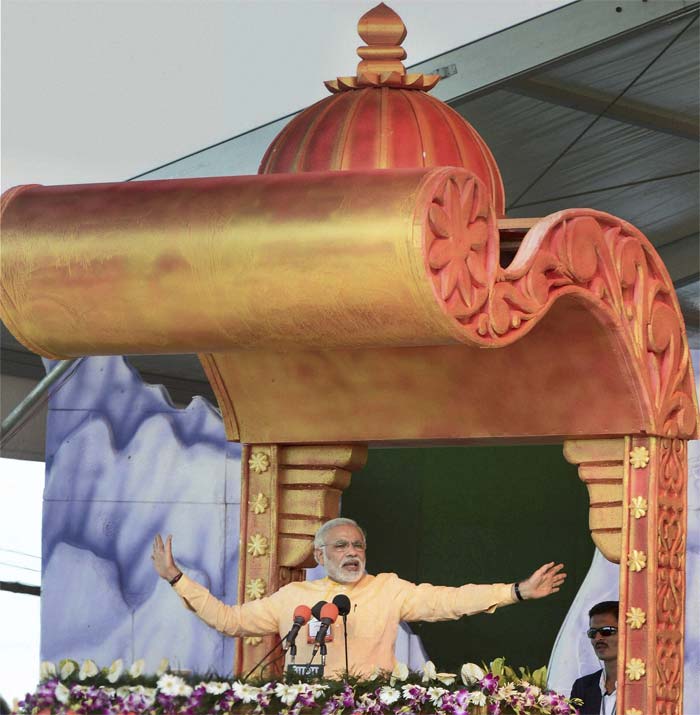 All through Mr Modi's speech, the two lakh-strong crowd chanted his name.