Ten biggies who are spending Diwali in jail

From A Raja to Kanimozhi, the fabulous life has given way to lights out at 11pm - a far cry from the luxury they were used to, not so long ago. Here's a look at some of the high-profile inmates in jail this Diwali. 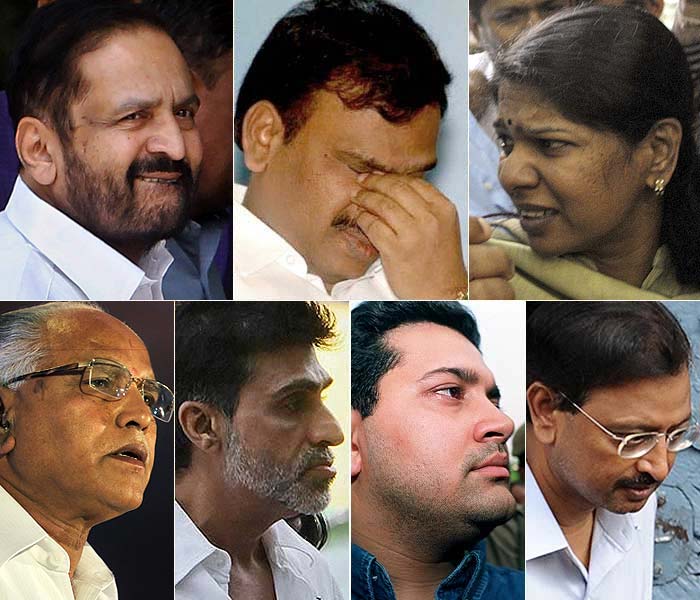 From the corridors of power to sleeping on the floor in a 10-by-15-foot cell, life has changed for bigwigs who form the VIP league behind bars.

From A Raja to Kanimozhi, the fabulous life has given way to lights out at 11pm - a far cry from the luxury they were used to, not so long ago.

Here's a look at some of the high-profile inmates in jail this Diwali. 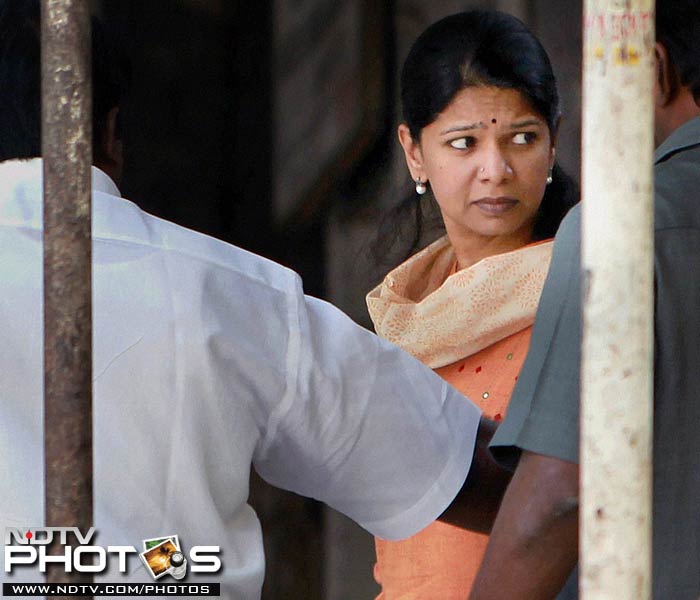 Kanimozhi, Tihar Jail, Delhi: There was a glimmer of hope for Rajya Sabha MP Kanimozhi two days before Diwali, but despite the CBI not opposing her bail, the special court handling the telecom trial said it will decide on November 3 whether to grant bail to Kanimozhi. This means she will have to spend Diwali in jail.

Kanimozhi has been in jail since May 20 for allegedly accepting a 214-crore bribe in India's largest-ever swindle, the 2G scam that was reportedly masterminded by A Raja, who is also from her party. 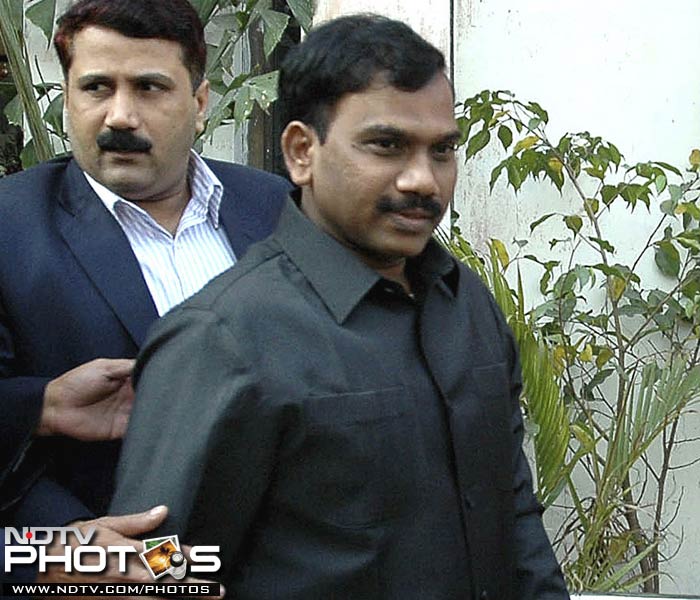 A Raja, Tihar Jail, Delhi:Former telecom minister A Raja was arrested by the Central Bureau of Investigation (CBI) on February 2 and was taken to Tihar jail on February 17 in connection with the 2G scam.

Raja has a separate cell of 15 feet by 10 feet in ward number nine in Tihar jail.

Apart from watching television and reading newspapers and books, Andimuthu Raja plays badminton with the inmates in the evening, jail authorities say.

Authorities also say that Raja seems hooked on to the snacks from the Tihar canteen, which he shares with fellow inmates. 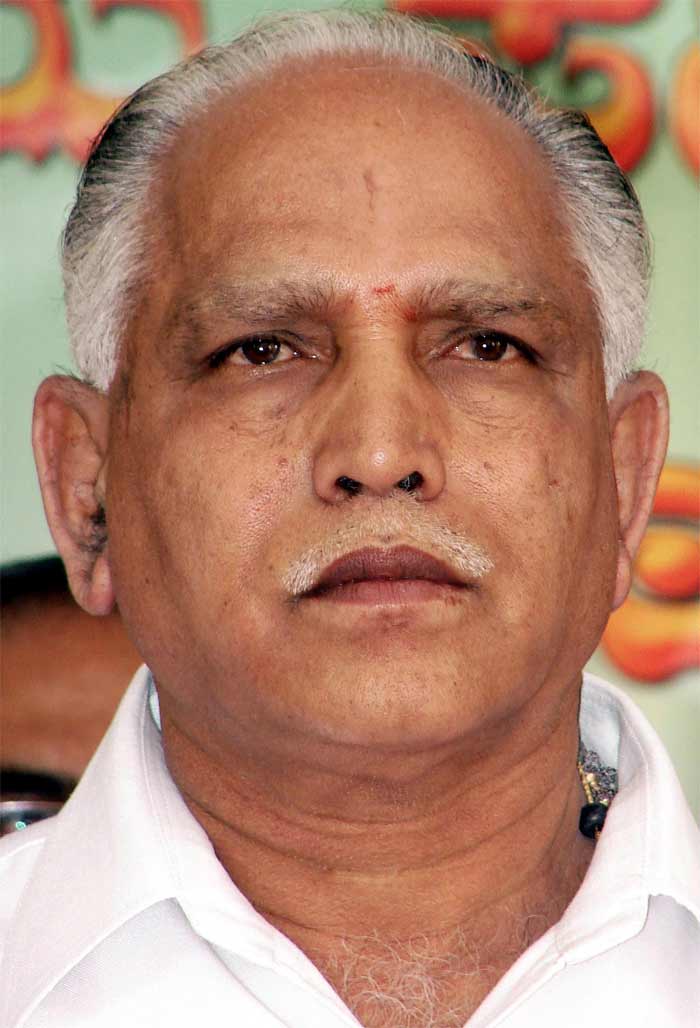 BSY Yeddyurappa, Central Jail, Bangalore: The former Karnataka Chief Minister's chances of a 'Happy Diwali' were squashed when the special Lokayukta court, hearing charges of corruption against him in five land cases, ordered that his judicial custody be extended till November 3.

The 68-year-old had moved High Court after the Lokayukta court had first remanded him to judicial custody on October 15. That was a dramatic weekend. Mr Yeddyurappa surrendered in the special court hours after it had rejected bail and ordered his arrest. 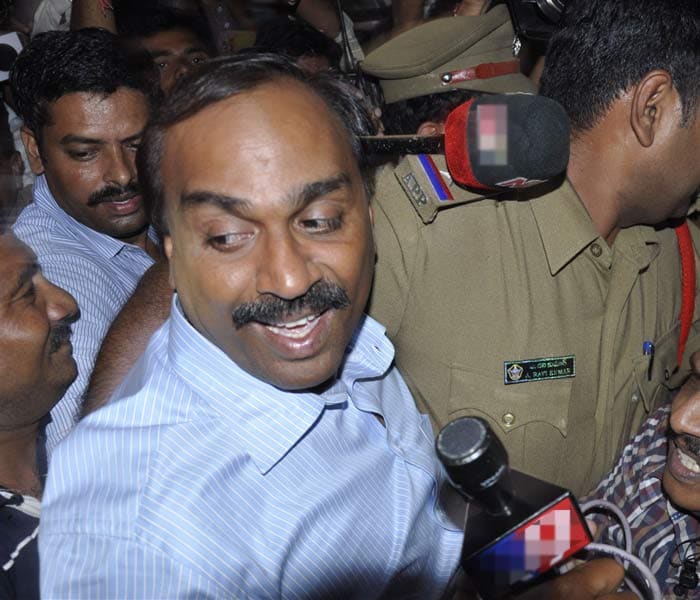 Janardhana Reddy, Chanchalguda Jail, Hyderabad: The mining baron, who earlier reportedly used to fly in his helicopter from Bellary to Bangalore only to have breakfast, will have a dark Diwali this year.

Reddy, one of India's richest politicians, has been jailed in connection with the illegal mining scam. Mr Reddy, along with his brother-in-law, have been accused of illegal mining via their infamous company, Obalapuram Mining Company (OMC).

One of the three powerful Reddy brothers and a high-profile former Karnataka minister, Janardhana is sleeping on the floor at the Chanchalguda Jail with other undertrials and has to make do with rice, dal and vegetarian curry for dinner. 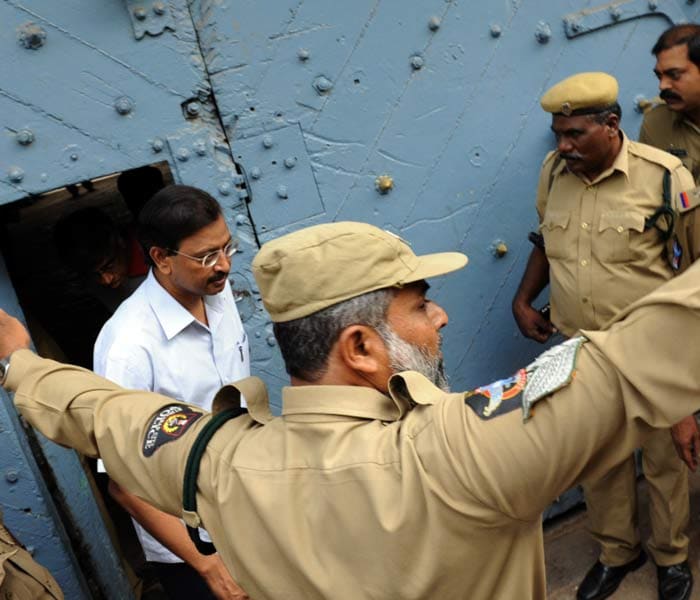 Ramalinga Raju, Chanchalguda Jail, Hyderabad: After his bail was rejected last year, Raju's advocates sought interim bail for their client to allow him to spend Diwali with his family. The court has now sought the CBI's response to the bail plea.

It has been more than a year that former Satyam Chief B Ramalinga Raju has been in jail.

In January 2009, Raju had admitted to the accounting fraud at Satyam Computer, now known as Mahindra Satyam - a part of the Mahindra group. The fraud, estimated to be about Rs 14,000 crore, is being investigated by multiple agencies, including the Central Bureau of Investigation (CBI). 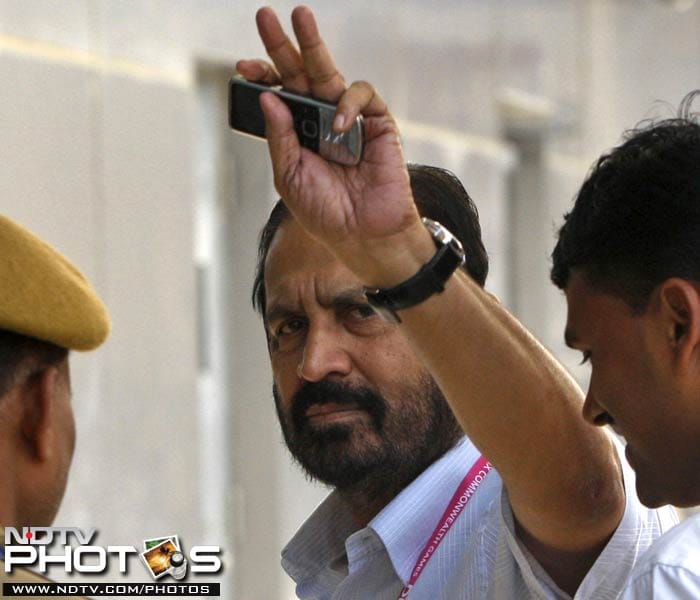 Suresh Kalmadi, Tihar Jail, Delhi: Former Commonwealth Games Organising Committee Chief Suresh Kalmadi is yet another high-profile inmate who will spend this Diwali in the confines of the Tihar jail.

In an extensive 534-page report submitted to Prime Minister Manmohan Singh, the Shunglu committee said that Kalmadi ran the Organising committee like a club and misused his powers.

The CBI questioned Mr Kalmadi three times and raided his homes and offices in Delhi and Pune. On April 25, after a fourth round of interrogation, he was arrested.

The three-time MP from Pune spends most of his time in a 10x12 feet cell in jail number four. According to sources, unlike his high-profile neighbours, Suresh Kalmadi is almost a forlorn prisoner in Tihar and hardly gets any visitors. 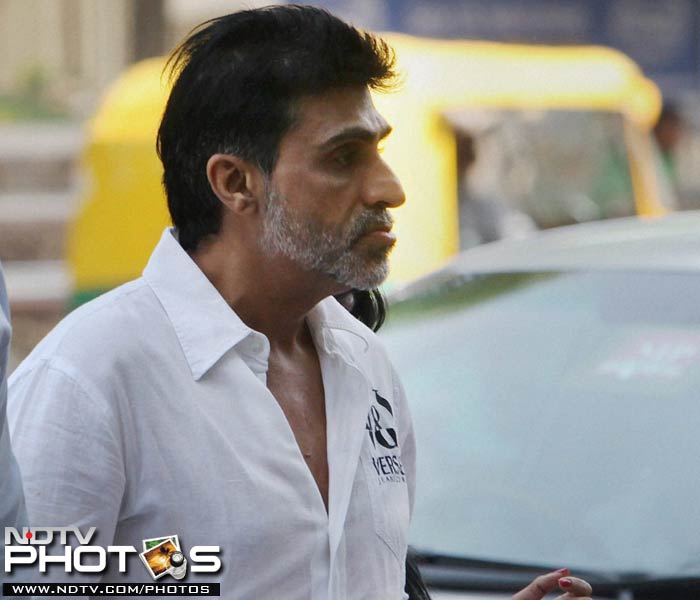 Karim Morani, Tihar Jail, Delhi: With the special court reserving its order on bail bleas of the accused in the 2G scam, hotshot Bollywood producer will have to spend a lonely Diwali in his cell this year.

Cineyug Films' Karim Morani has been accused by the CBI of facilitating kickback payments to Kalaignar TV and named as a co-conspirator in the 2G scam. Morani had been seeking exemptions from court appearances citing medical grounds. He was seen wearing a neck brace during some of his court hearings.

Upon his arrest, his family had issued a statement saying 'they are completely shattered by the way Morani's medical condition was ignored'. 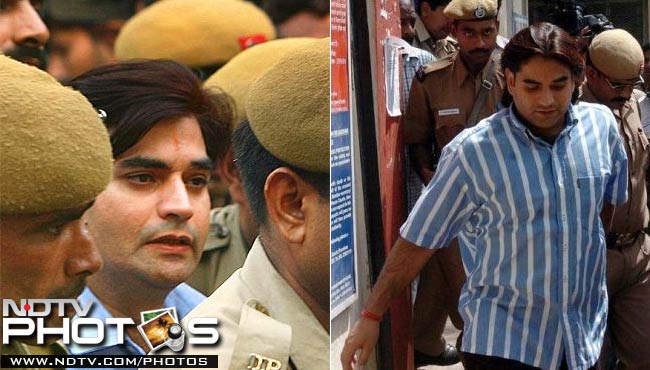 Vikas Yadav, Tihar Jail, Delhi: Son of UP politician D.P Yadav, Vikas was found guilty in the Nitish Katara murder case. Yadav's trial lasted for almost seven years and he was finally sentenced to life imprisonment in May 2008. In Tihar, Vikas works as an assistant in the jail's computer lab. 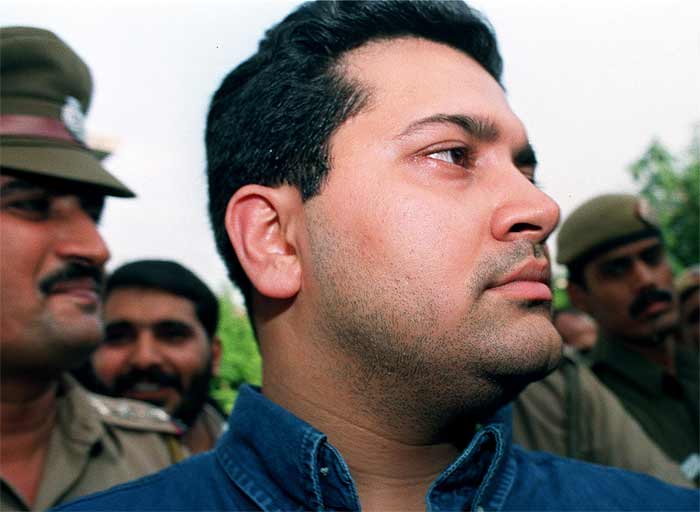 Manu Sharma, Tihar Jail, Delhi: Convicted for the murder of model Jessica Lal, Manu Sharma has been in jail for over a year. Despite being defended by ace lawyer Ram Jethmalani, Sharma was sentenced to life imprisonment on April 19, 2010. Sharma is the son of the former minister Venod Sharma.

Sharma is involved in helping other prisoners in Tihar Jail draft legal appeals. 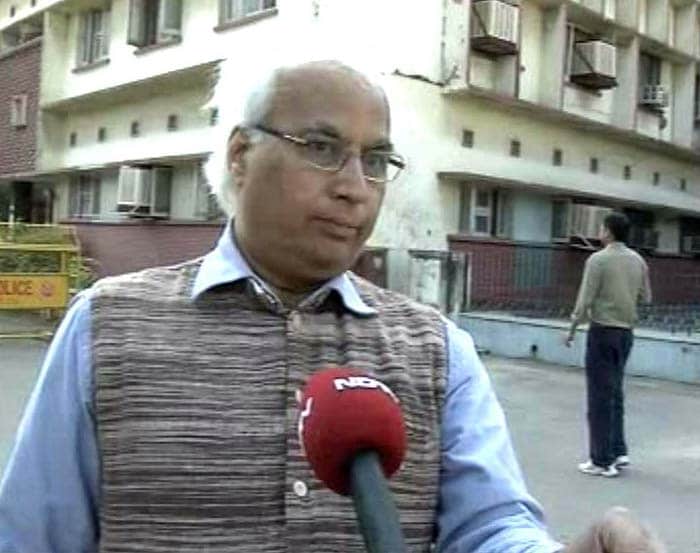 Sudheendra Kulkarni, Tihar Jail, Delhi: The former BJP advisor was arrested and sent to Tihar jail on September 27 for his alleged role in the cash-for-votes scam.
br>Before his arrest, Kulkarni said he acted as a whistleblower and a political activist in 2008 when he persuaded three BJP MPs to put themselves on the political market ahead of a trust vote for Dr Manmohan Singh. The MPs were caught on hidden camera receiving money from middlemen who allegedly represented politician Amar Singh. The MPs then walked into the Lok Sabha hours ahead of the trust vote waving the money - one crore in cash - that they said they had been paid to abstain during the vote. Dr Singh survived the vote.