All you wanted to know about Octopus Paul 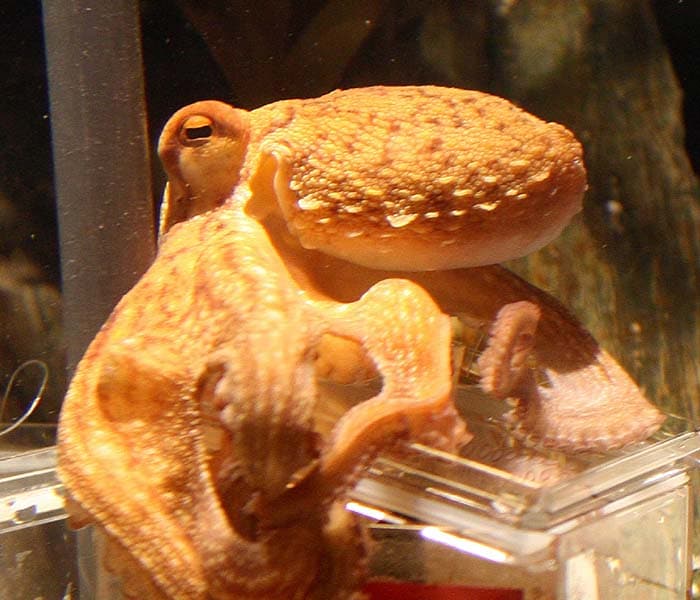 Paul the octopus, who shot to fame during this year's football World Cup in South Africa for correctly predicting the outcome of games, has died, his aquarium in Germany said on Tuesday.

"Management and staff at the Oberhausen Sea Life Centre were devastated to discover that oracle octopus Paul, who achieved global renown during the recent World Cup, had passed away overnight," the aquarium said in a sombre statement.

He had become more famous than some of the biggest soccer stars at the 2010 FIFA World Cup. Octopus Paul became a phenomenon with his 'bang-on' predictions, which included his prediction for Spain. He retired after the event.

Here is all you wanted to know about Paul and didn't know whom to ask. 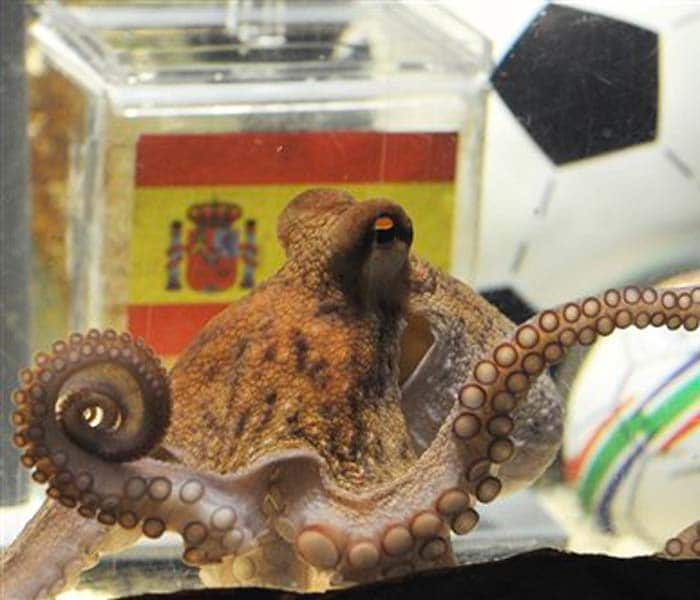 Octopus Paul was over two years old. He was old as Octopus' go. The largest octopus' live longest - up to 3 years. 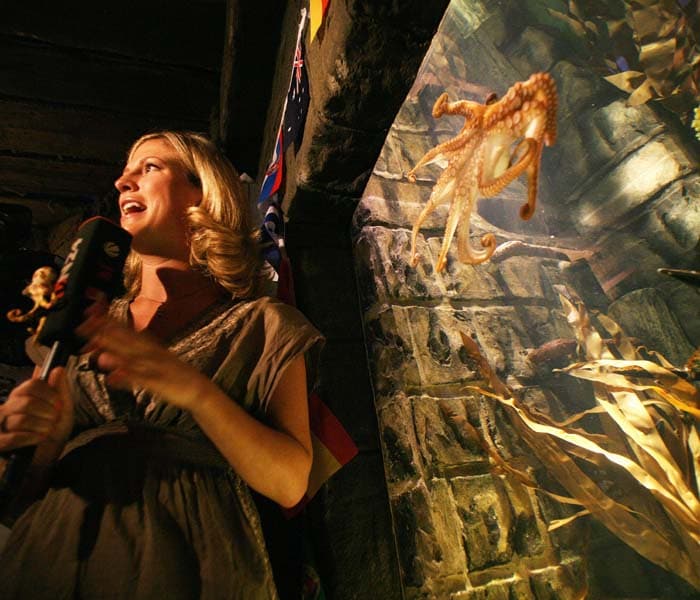 Paul lived at the Sea Life Aquarium in the western German city of Oberhausen. 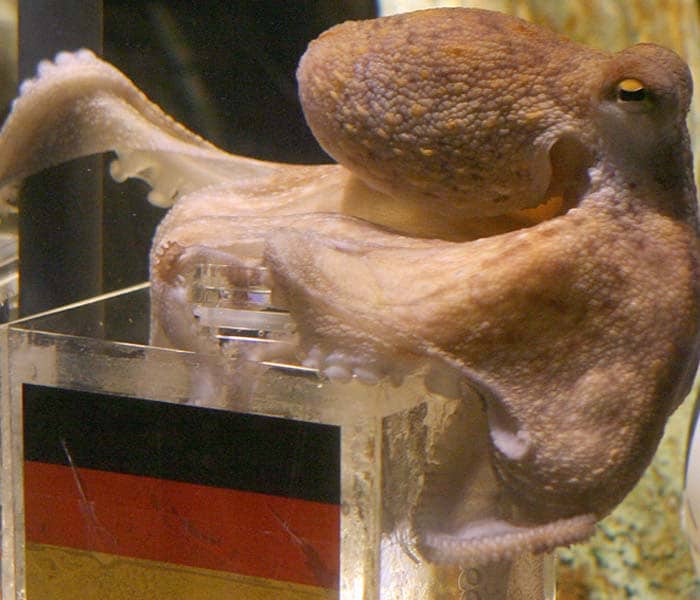 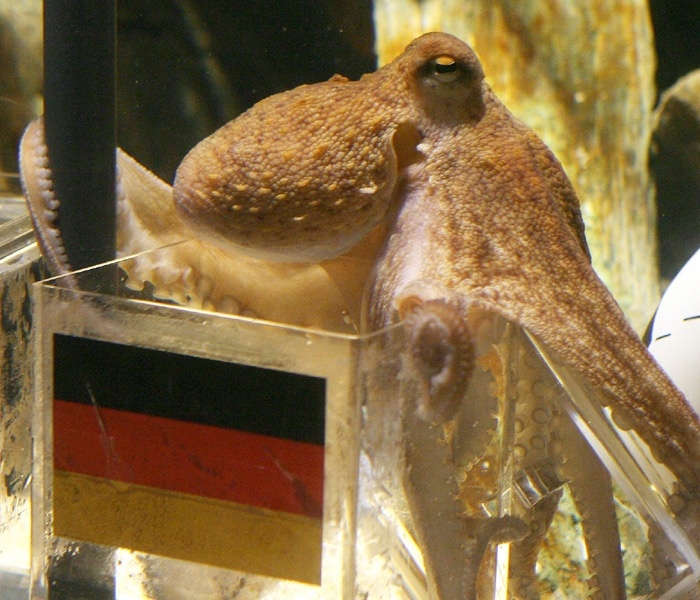 The Oracle Octopus was not German by birth. He was English, having been born in Weymouth in England. Many from England had hope that sheer loyalty to his place of birth would make him predict an England win in their knock-out match against Germany. He did not. 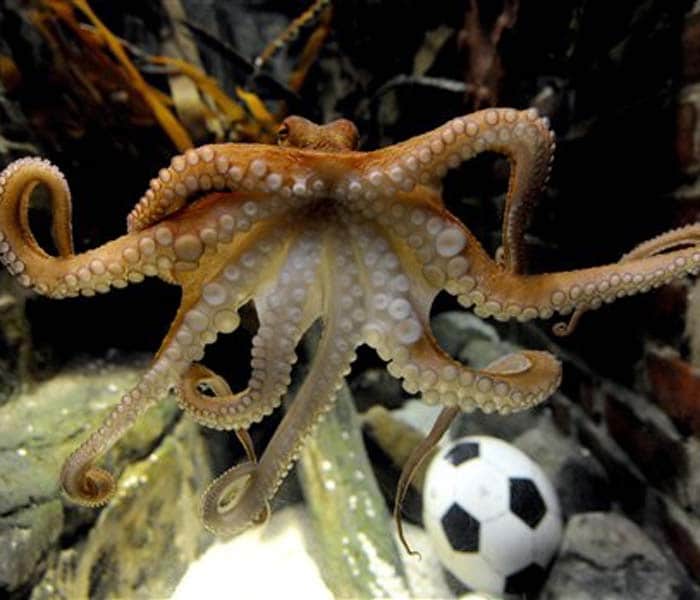 Paul was a normal octopus when in England. He made no predictions while at the Weymouth Sea Life Park. 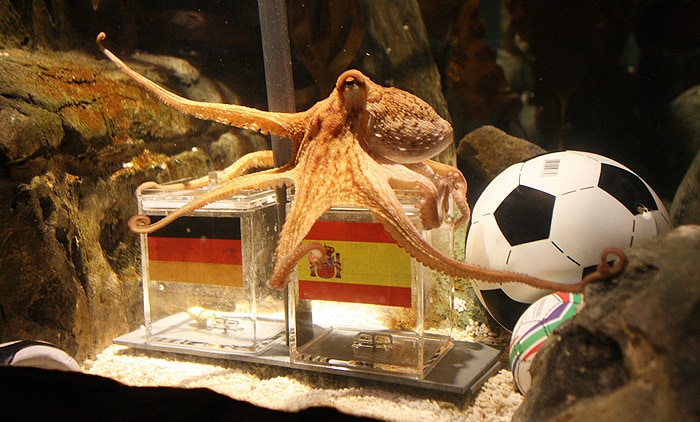 Paul got better with age. His prediction record at this year's FIFA World Cup was 100% accurate. During the 2008 European Cup he had correctly predicted the outcome of 80% of Germany's games. He got the finals wrong too, predicting a Germany win – Spain won. 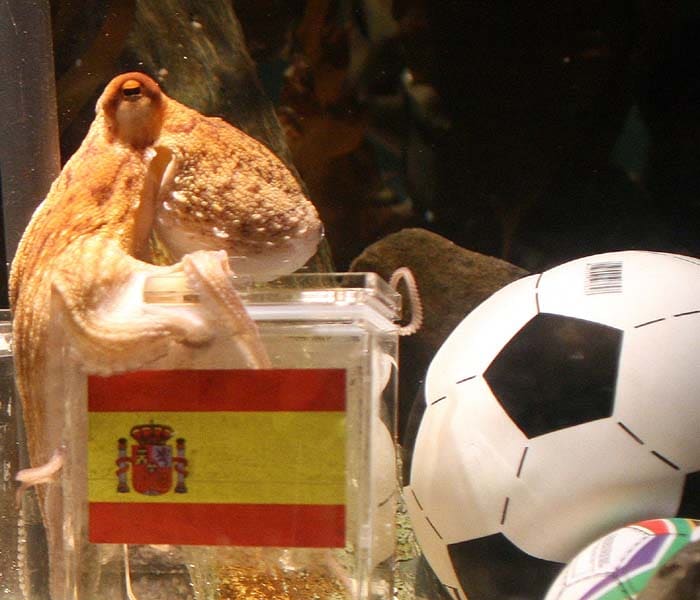 Before the FIFA World Cup final game, Paul made predictions only about Germany games. He had predicted Spain's victory. 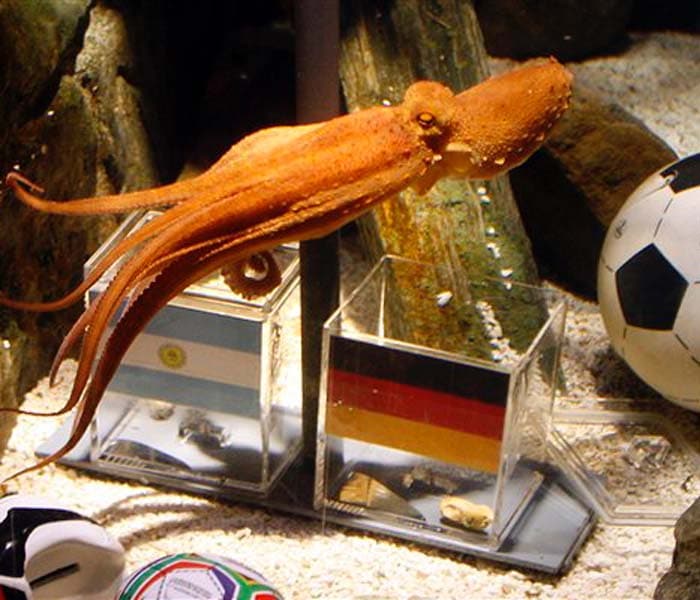 Modus Operandi: An aquarium worker lowered two plastic boxes into his tank. Each had the flag of the two teams playing a match. Both boxes had a mussel each. The box Paul picked a mussel from to eat was the team he said would win. 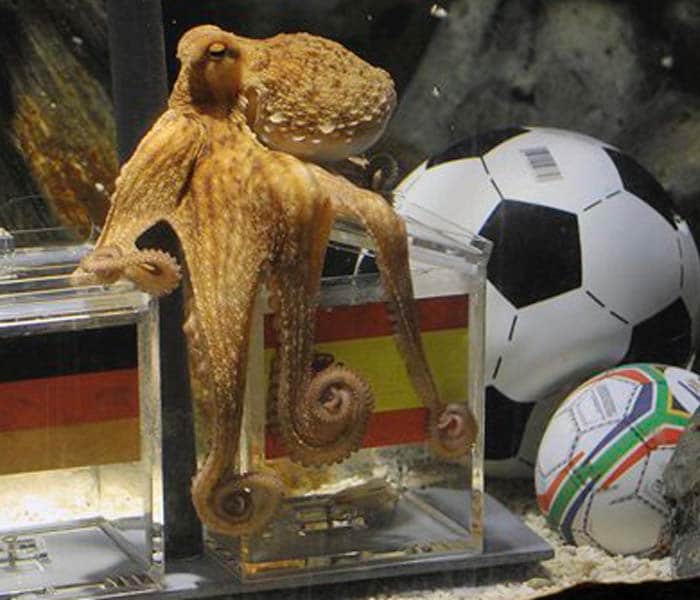 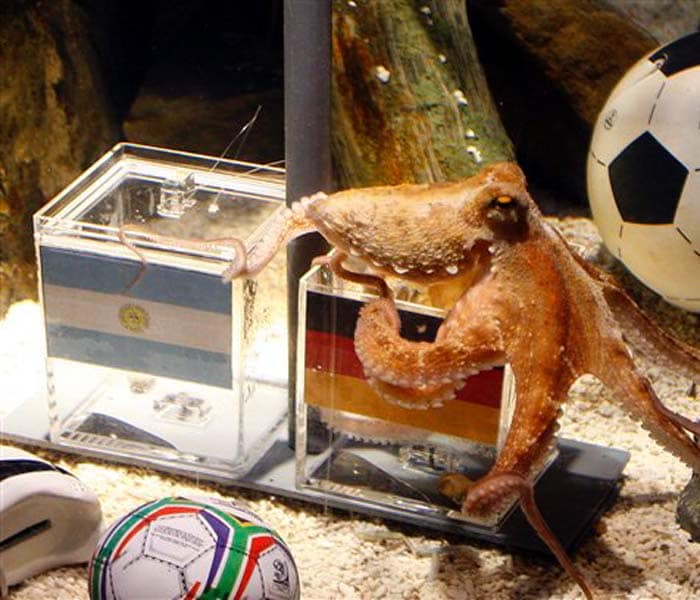 Paul had a public figure page on facebook, with 65,666 fans. Everyone wanted to cash in on the Paul mania – facebook had an app called Lucky Octopus offering predictions. 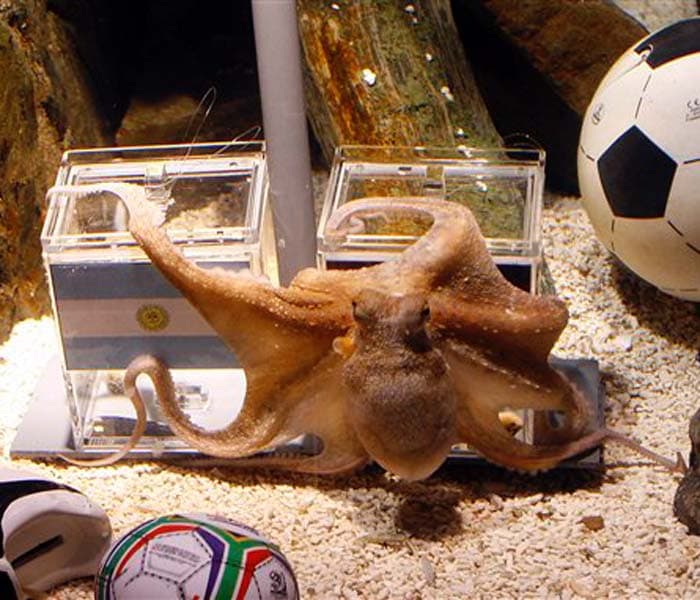 During the FIFA World Cup, Paul had received death threats, especially from Argentina, where a chef reportedly described in detail on a facebook post of how he would murder and cook Paul. Even from angry Germans who were once fans. 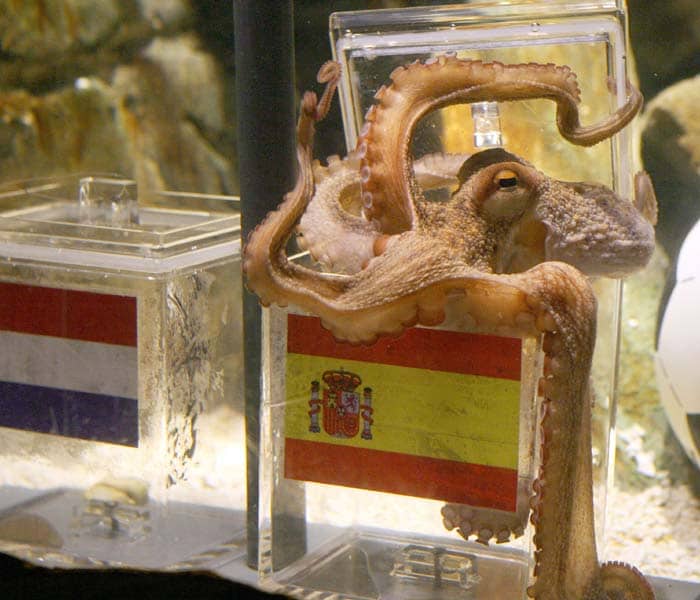 And he had obvious friends. The Spanish prime minister José Luis Rodríguez Zapatero said, tongue in cheek, that he was prepared to offer state protection to Paul.