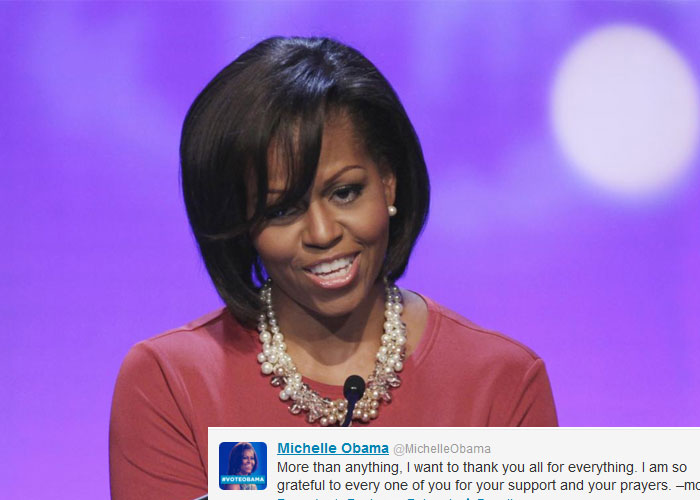 Michelle LaVaughn Robinson Obama, the wife of President of United States Barack Obama, is the first African-American First Lady of the United States. She can be credited with being the woman behind her husband's success and is now set for a second innings in the White House. Soon after the presidential poll results were announced, she tweeted:

More than anything, I want to thank you all for everything. I am so grateful to every one of you for your support and your prayers. –mo 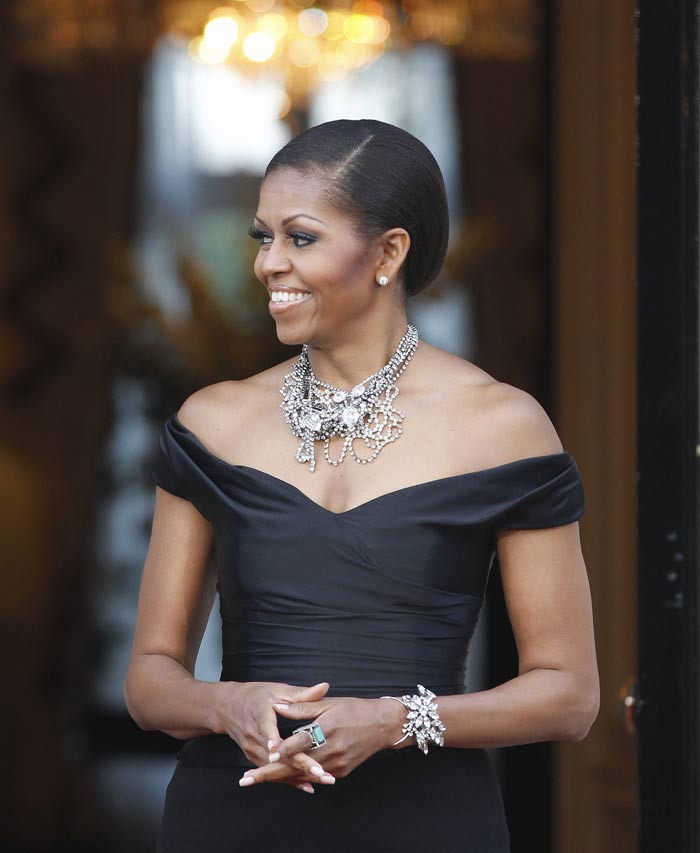 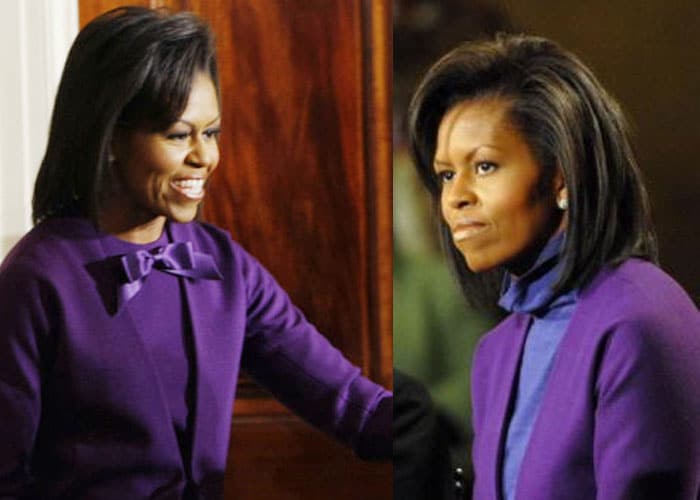 Born on January 17, 1964 in Chicago, Michelle Robinson attended the Whitney Young High School and graduated in the year 1981. She then joined Princeton University and Harvard Law School for higher studies. 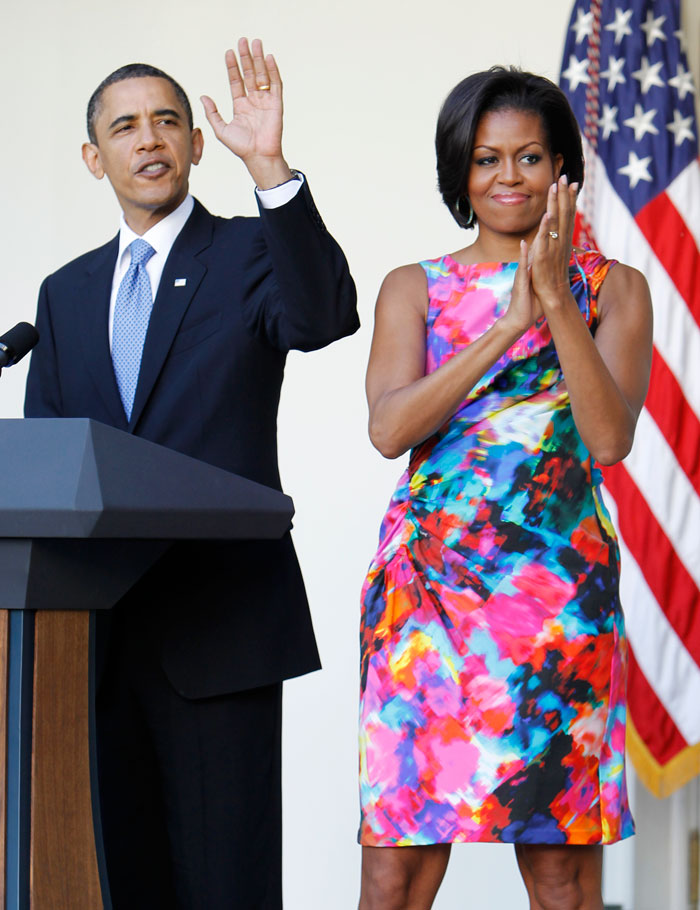 Michelle then returned to Chicago and joined the law firm Sidley Austin, where she met her future husband Barack Obama. 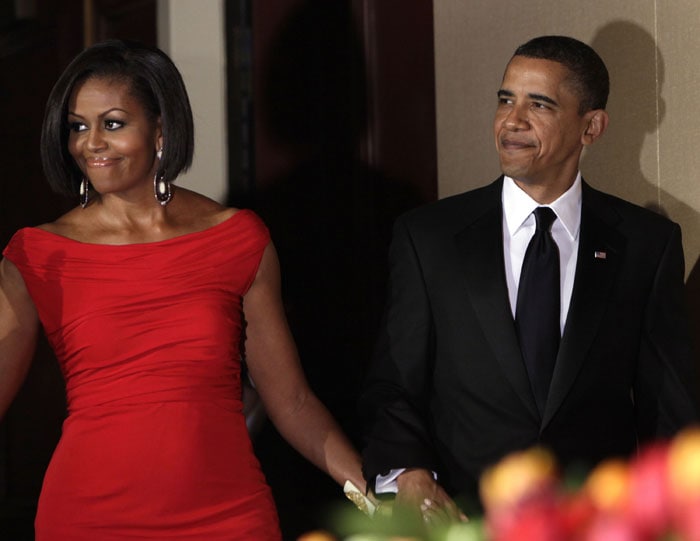 On their first date, Michelle and Barack Obama watched Spike Lee's movie Do The Right Thing. 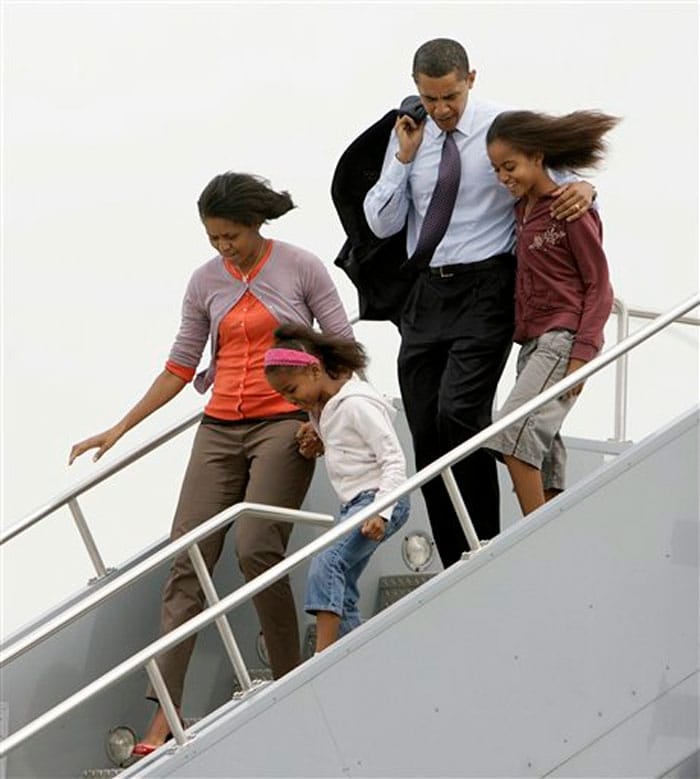 They were married in 1992 and have two daughters, Malia Ann and Natasha (also known as Sasha). 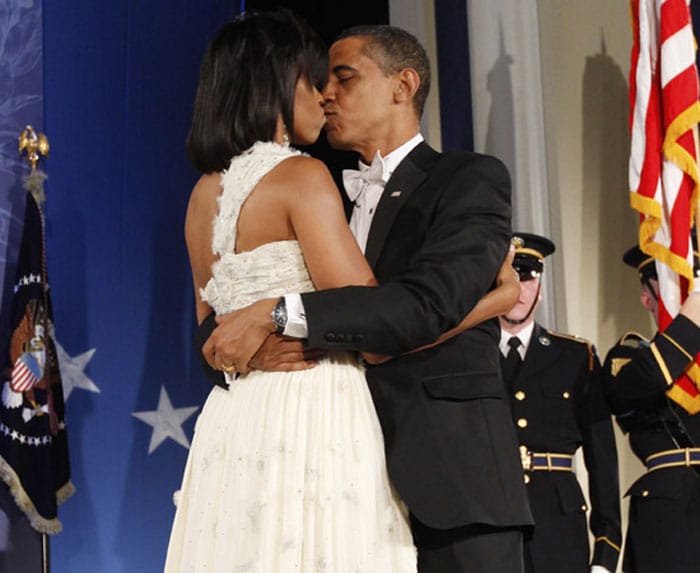 Michelle Obama was a pillar of support for her husband Barack Obama during the US Presidential elections in 2008.

In this picture, Barack Obama is shown dancing with wife Michelle at the Western Ball, one of several inaugural balls in Washington in 2009. 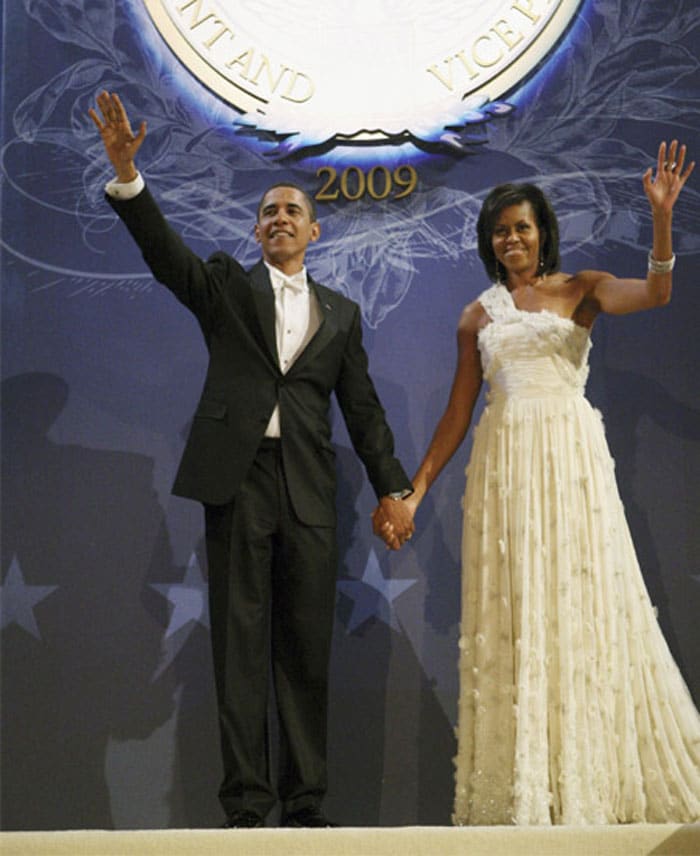 Mrs Obama's outfits became as widely discussed as the First Lady herself. The white one-shoulder gown by Jason Wu she wore for the inaugural ball in 2009 became a trendsetter. 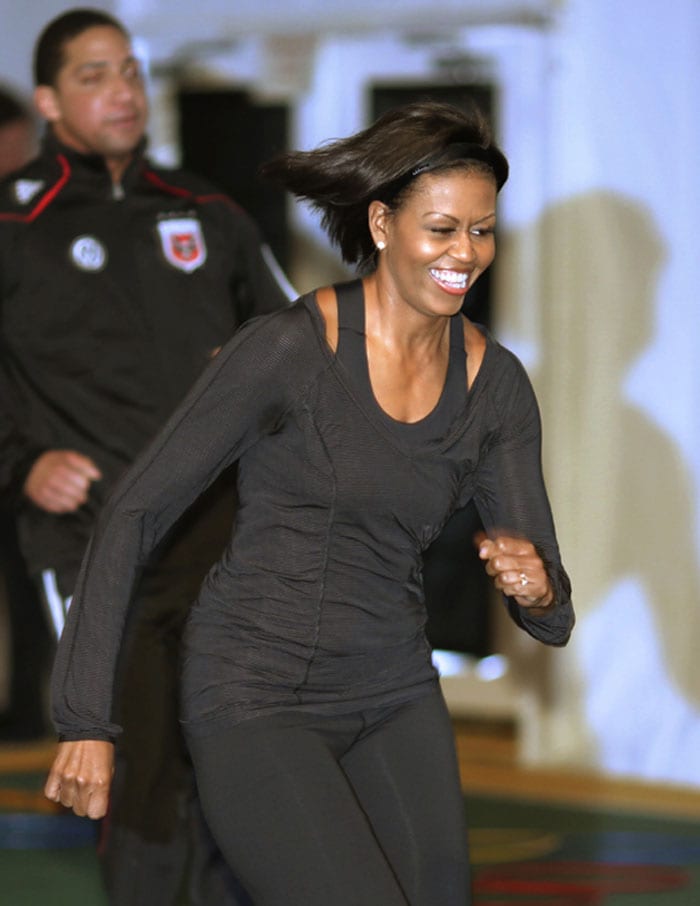 In 2010, Michelle Obama announced a campaign against childhood obesity where she had emphasized that children should get 60 minutes of active play everyday in order to stay fit. In this picture Michelle Obama is seen playing soccer. 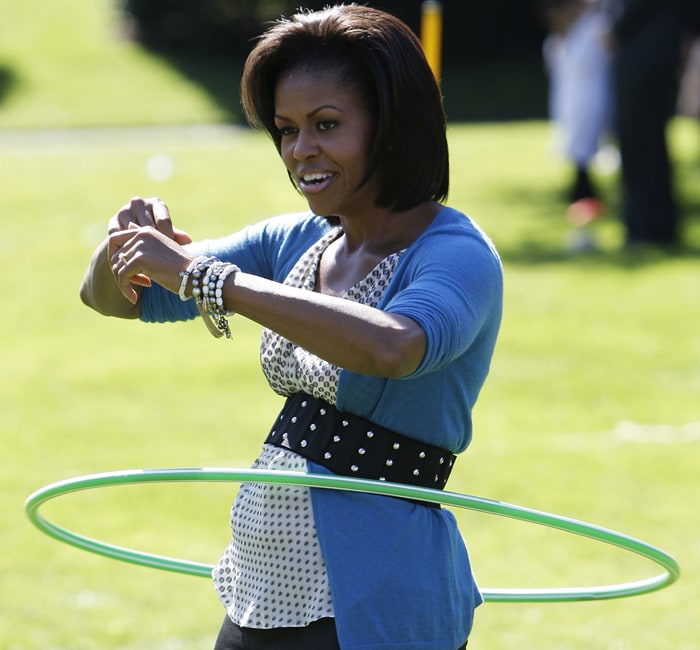 A fitness enthusiast, Michelle Obama hula hoops as part of her workout. 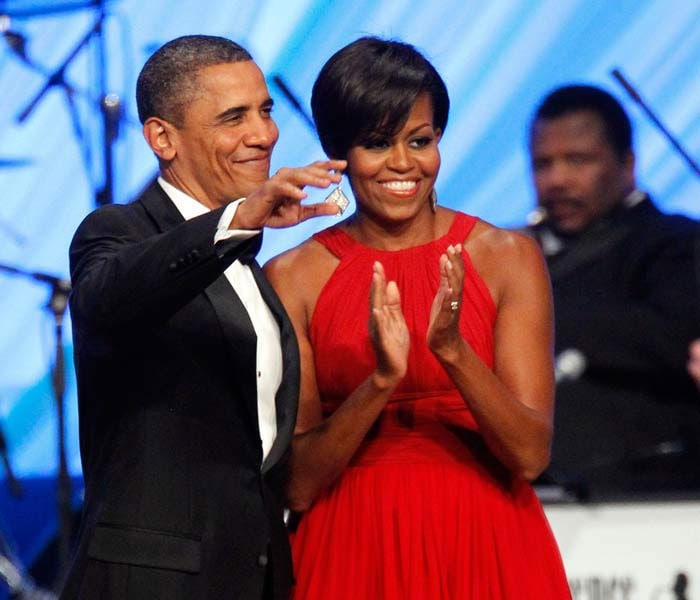 The First Lady left everyone surprised as she arrived for the Congressional Black Caucus dinner in 2010 sporting a cropped hairstyle. 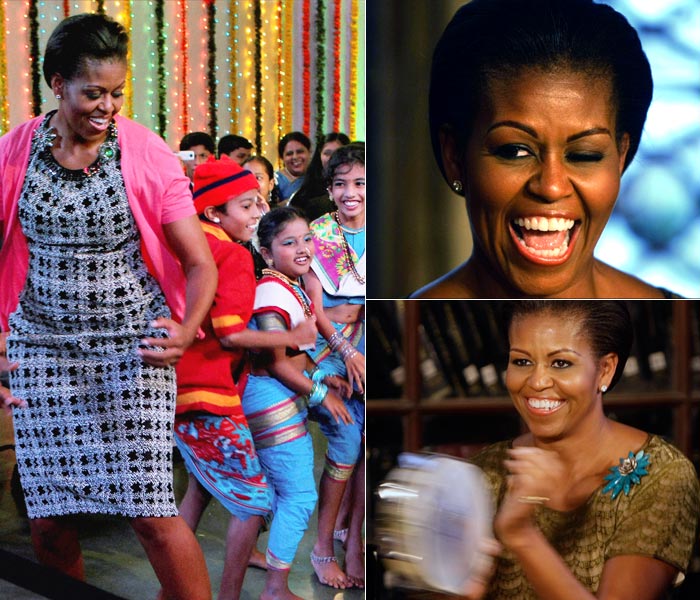 A dancing Michelle Obama had become the defining image of the Obamas' maiden visit to India in November 2010. The US First Lady hit the dance floor not just once, but twice. The whole country watched Michelle Obama shaking a leg to hit Bollywood number Rang De Basanti. In 2009, Mrs Obama glowed in a silver-sequined, strapless gold and cream gown at the first state dinner hosted by her husband in honour of Indian Prime Minister Manmohan Singh. She owed her dazzling appearance to the Indian-born US-based designer Naeem Khan. 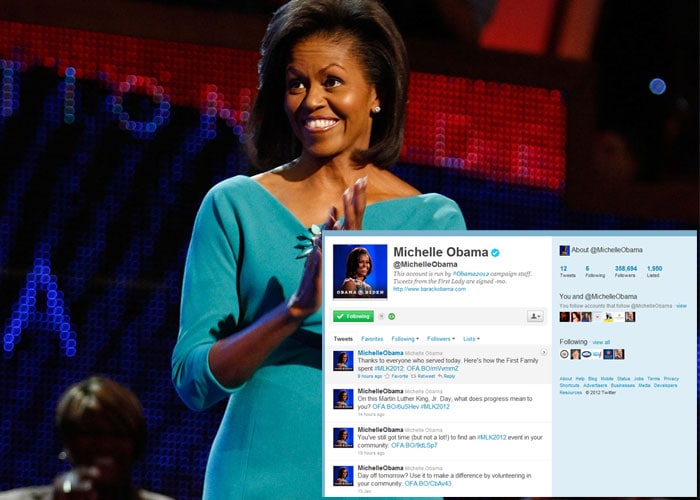