The Army today paid tribute to the five martyrs who were killed in a deadly ambush in Jammu and Kashmir late on Monday.

Army personnel carry coffins of the four army jawans from Bihar after they were brought at Patna Airport on Wednesday night. Five soldiers were killed during an ambush in Poonch area of Jammu and Kashmir late on Monday. 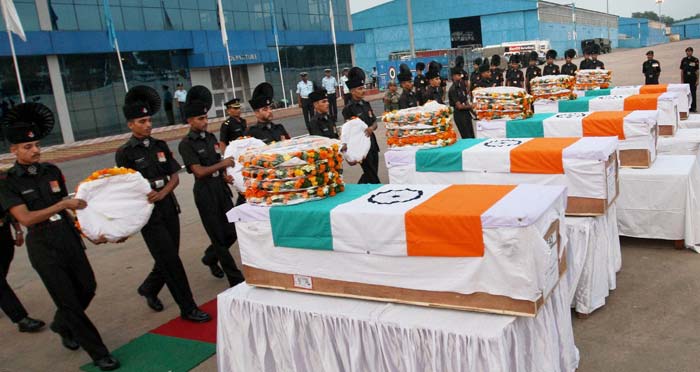 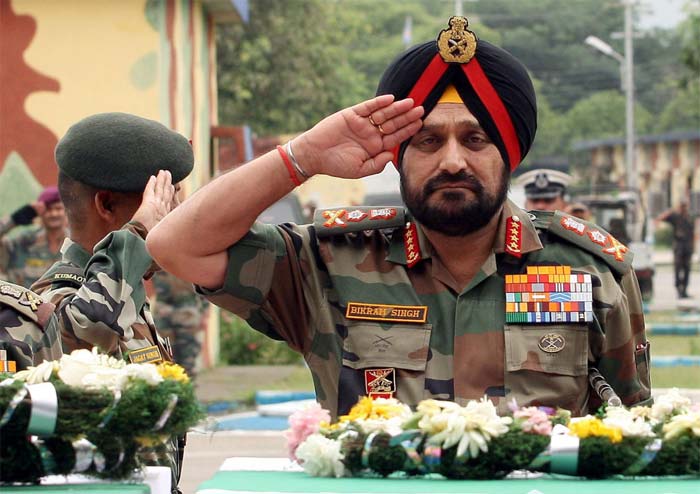 Army Chief General Bikram Singh salutes at the coffins of the five soldiers at a wreath laying ceremony in Jammu. 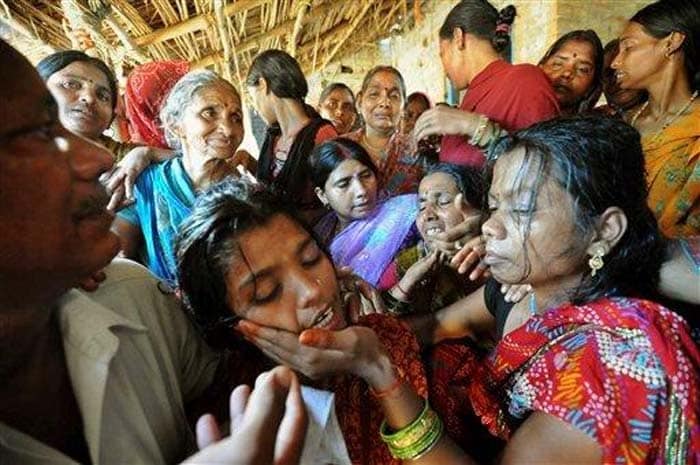 Family members mourn the death of Indian army soldier Vijay Kumar Rai in their village in Bihta in rural Patna. 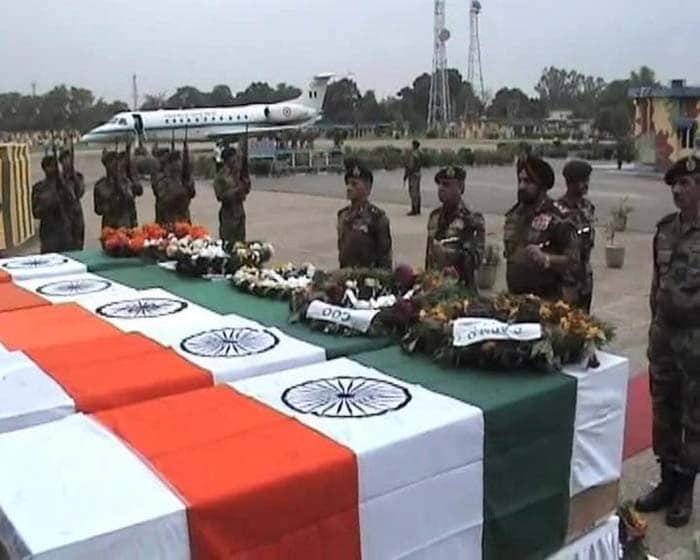 The Defence Minister had on Tuesday said in Parliament that "the ambush was carried out by approximately 20 heavily-armed terrorists along with persons dressed in Pakistan Army Uniforms."

However, a press release sent by the Defence Ministry said, "Pak Border Action Team attacked Indian Soldiers" indicting the Pakistani Army, which has denied the charge. 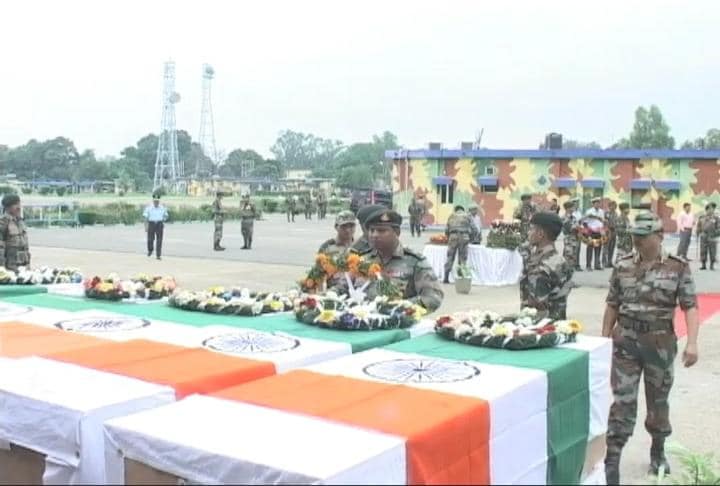 The BJP's Yashwant Sinha today said he had sent a breach of privilege notice to the Speaker of the Lok Sabha against the Defence Minister for misleading parliament. Mr Sinha has described Mr Antony's statement as "most laughable". 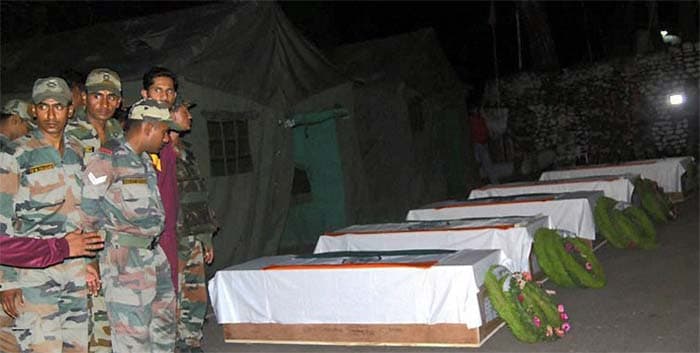 "The guilty have been made innocent. Pakistan has been given a clean chit," said Leader of the Opposition, Sushma Swaraj, adding that it is imperative the Prime Minister explain the different statements. Seen in this picture are Indian Army personnel standing to attention during a wreath laying ceremony for the five brave soldiers on Tuesday.

The Bihar government has announced a state funeral for its four soldiers of the 21 Bihar Regiment, and also a compensation of Rs 10 lakh for their families. 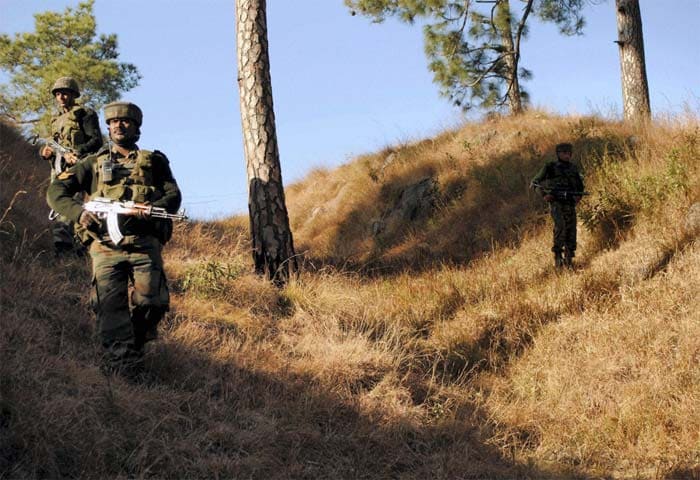 Seen in the picture are Indian Army soldiers during a search operation in Poonch area of Jammu and Kashmir on Tuesday in the wake of the five jawans' killing.

Congress president Sonia Gandhi had issued a strong statement on Tuesday denouncing the killing of the five soldiers. "India cannot be cowed down by such blatant acts of deceit," the statement quoting Mrs Gandhi said. 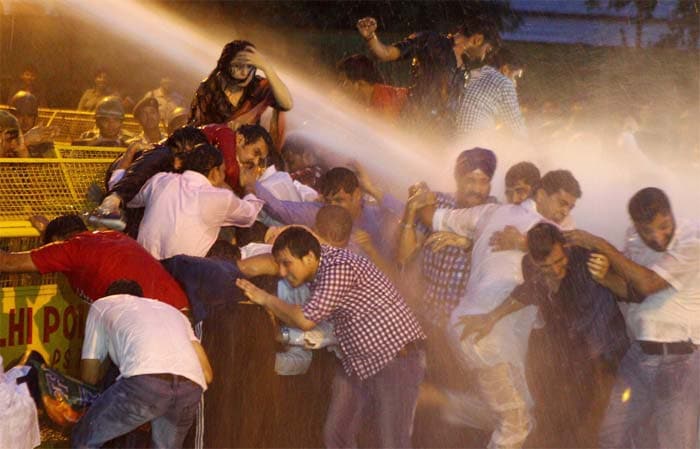 Activists of the youth wing of BJP being water-cannoned near the residence of Defence Minister A K Antony, in New Delhi, during a protest against the killing of five Army jawans in Jammu and Kashmir. 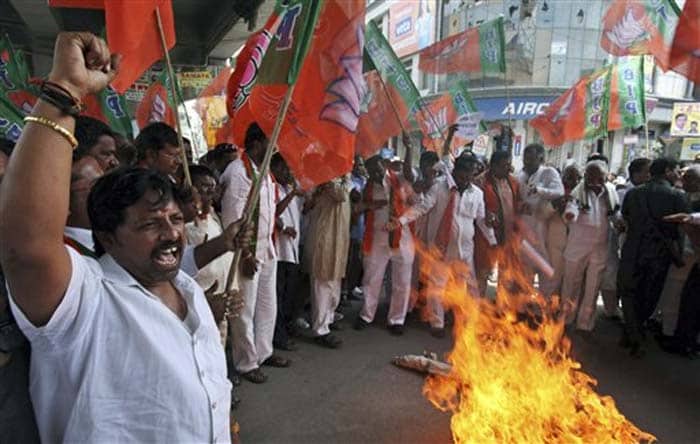