How the Ramdev crisis developed

After a defiant Baba Ramdev refused to call off his fast despite its best efforts, the government hardened its stand and has asked the Yoga icon to leave Delhi. 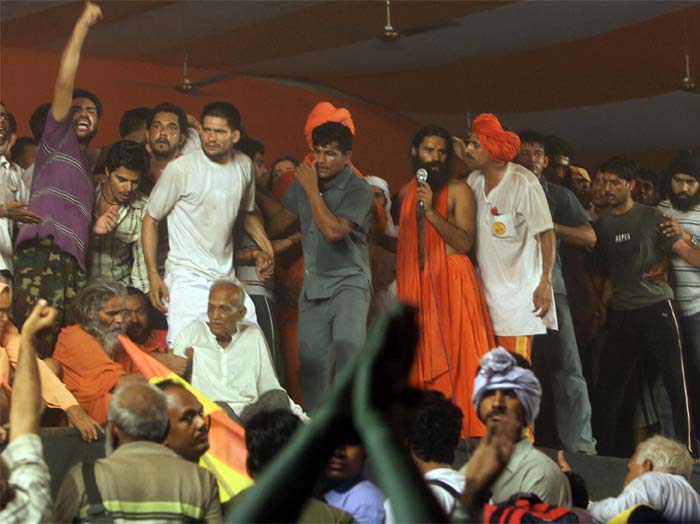 After a defiant Baba Ramdev refused to call off his fast despite its best efforts, the government hardened its stand and asked the Yoga icon to leave Delhi.

Delhi Police served an externment order on Baba Ramdev under Section 144. Police sources say the order was issued after Mr Ramdev used the Ramlila Ground to stage a hunger strike against corruption instead of organising a Yoga camp. 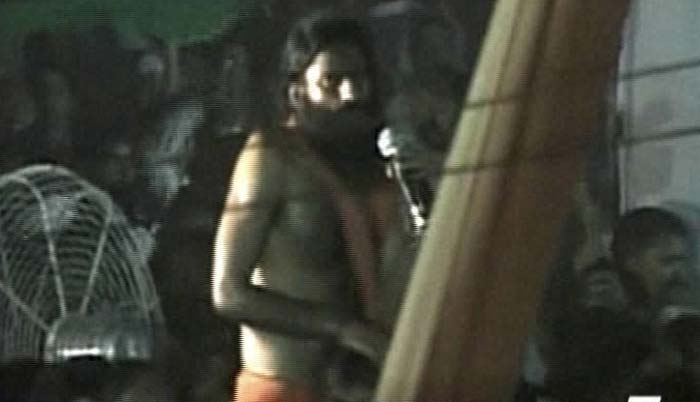 At 1 am, close to 600 policemen arrived at Ramlila Maidan to demand that the crowd of 60,000 supporters disperse. Their argument was that the gathering had been granted permission only for a yoga camp and not as a mass demonstration. 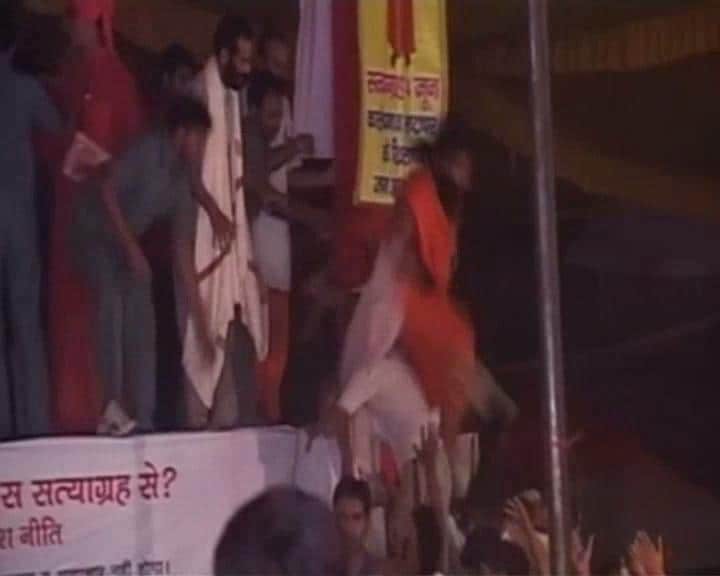 A group of policemen trooped onto the stage, reportedly after some people threw stones at them. The Baba asked them to go away. He then jumped from his stage, his saffron robes fanning out behind him, into the crowd of supporters. 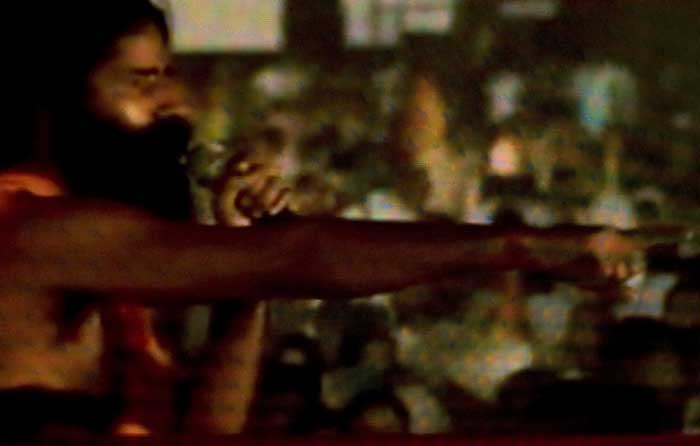 When he once again reached the dais, cops tried to zero in, and that is when all hell broke loose. Supporters first formed a ring around Baba Ramdev to prevent him from being arrested, and then started throwing stones at the policemen. Some of the protesters were injured in the incident. 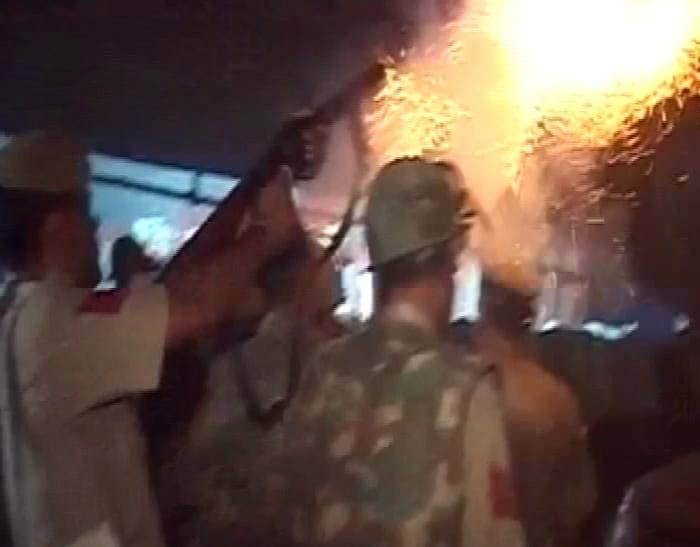 At 2 am, teargas shells were launched upon the thousands of people who were present, allegedly in an attempt to force the crowds to leave the grounds. A small fire broke out on the stage that had been used by the Baba but fortunately, it did not spread. 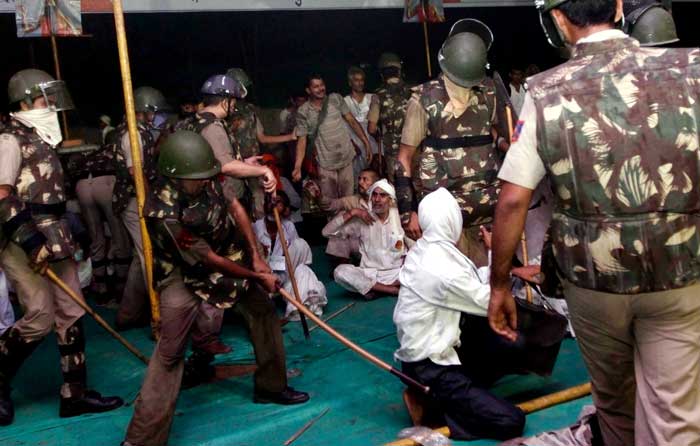 Around 65 people were injured when police fired teargas shells to disperse the crowd. Most were discharged fairly soon from hospitals suggesting they were not seriously injured. The premises, where the organisers claimed that over 50,000 people had joined the protest, lay deserted with mattresses thrown around, unattended bags, sandals and other articles. 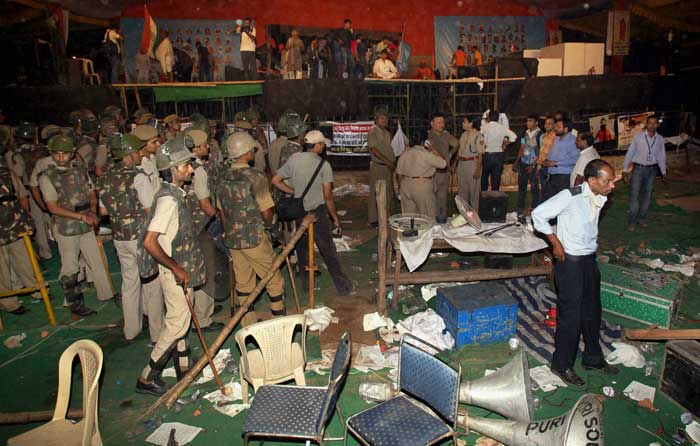 Banners were torn, mattresses and furniture lied all over the site. Parts of the stage also caught a minor fire that broke out during the melee. Some of the followers were also injured in the commotion while they were running to escape the teargas shells. Some women followers of Baba Ramdev told police that they will not go to hospital and instead sat on the footpath outside the Ramlila Maidan as a mark of protest. Baba Ramdev shunned his trademark saffron and arrived at his Patanjali ashram in Haridwar dressed in white on Sunday afternoon. He looked wan and weary as he recounted events leading up to his eviction from Delhi. He also made clear that his hunger-strike was still on. 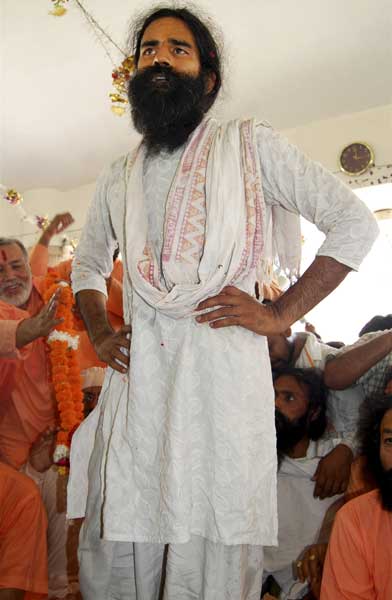 Baba Ramdev, who initially escaped the police dressed as a woman, said he was not dressed in a white salwar-kurta because he wanted to and described how he spent hours hidden among women, face covered with a dupatta. 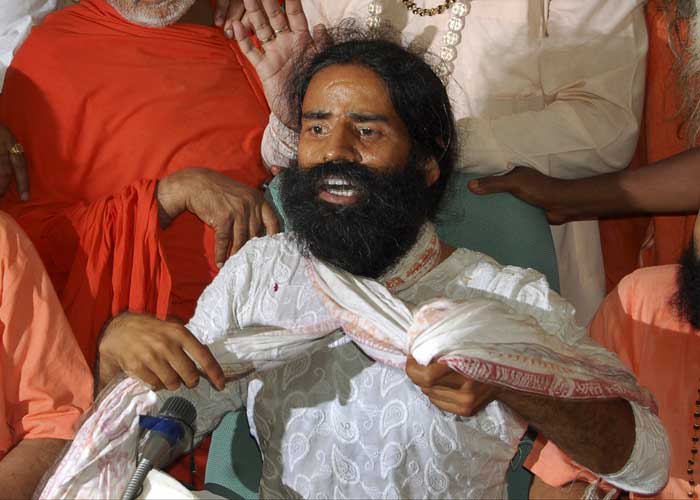 Baba Ramdev described the police action as the "darkest night of my life." Breaking down several times, he said he had not seen such atrocities before. "The police force 5000-10,000 in number, did not even spare the smallest children. Women and children were dragged and beaten up," he said.