Barack Obama got another four years as President of the United States of America after he was re-elected for a second term yesterday. 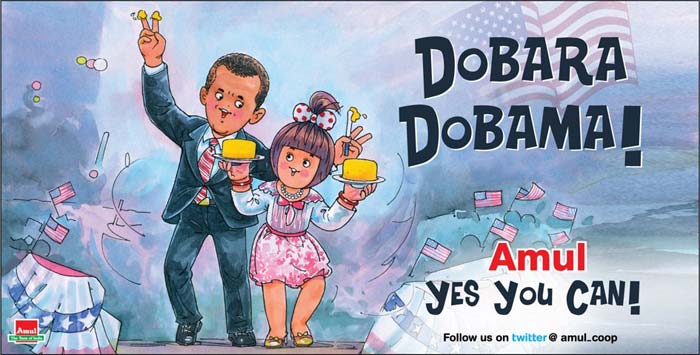 As always, a witty congratulatory message from Amul to the re-elected US President Barack Obama. 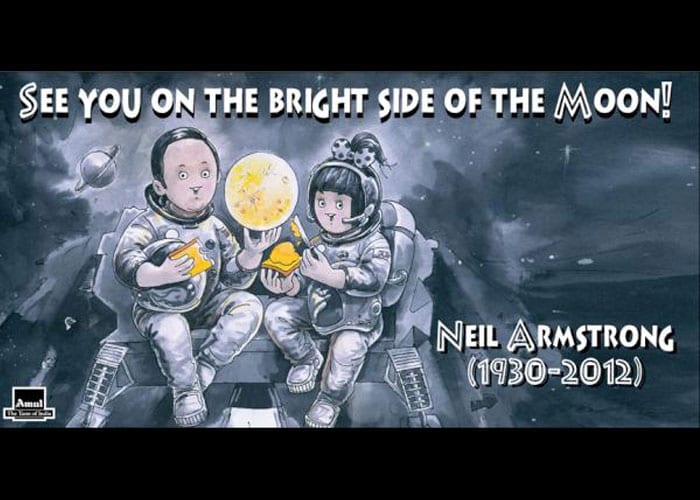 Amul pays tribute to the first man on moon, Neil Armstrong who died on Sunday (August 26, 2012). The ad shows the astronaut sharing a slice of bread and butter with the Amul muppet in space. The tagline in the ad says, 'See you on the bright side of the moon!' 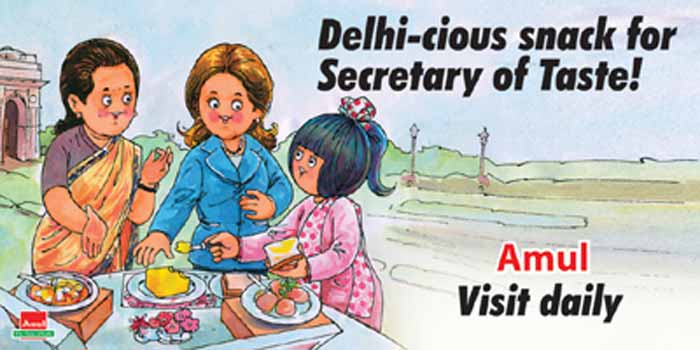 The Amul ad comes in the wake of a string of controversies surrounding Ms Banerjee including the recent cartoon row. Last week, a professor of Jadavpur University was arrested for posting a cartoon of the Chief Minister on a social networking site.

Coming Up: Amul comments on SRK's US detention 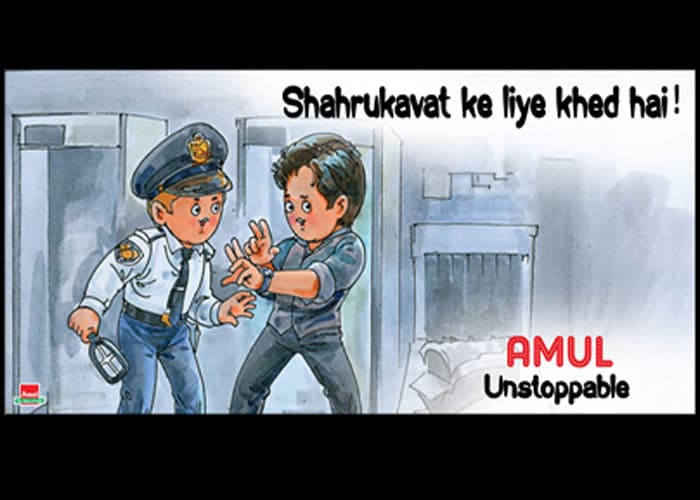 Shah Rukh Khan's two hour detention at a New York airport is now the subject of an Amul advertisement.

SRK, who was in the US to speak at and receive a fellowship from Yale University, was stopped and questioned for two hours when he flew into New York's White Plain airport in a private plane on April 13. He was the only one of his travelling group, which included Nita Ambani, to be detained.

As India reacted with outrage, Amul added it's voice to the protests – Shahrukavat ke liye khed hai, said they.

Coming Up: Other big Amul ads

Samajwadi Party, February 2012: Amul has wasted no time in marking Samajwadi Party's landslide victory in Uttar Pradesh's Assembly elections. The ad shows Akhilesh and Mulayam Singh Yadav racing ahead of the others on a bicycle, the party's symbol. 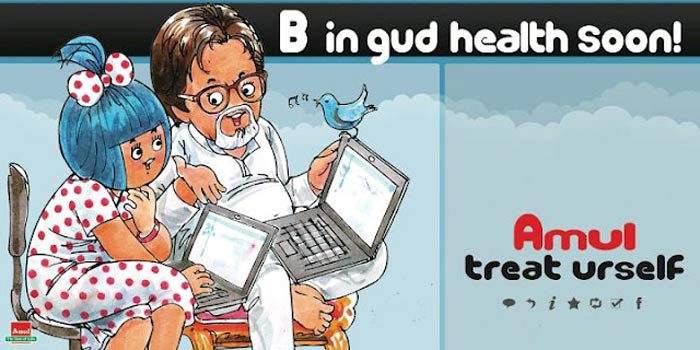 Video journalists from Kannada news channels, covering the Assembly proceedings from a vantage point in the gallery, noticed BJP ministers Laxman Savadi and CC Patil glued to a mobile handset, belonging to third minister J Krishna Palemar, and zoomed their cameras to focus on what they were viewing. What they saw has erupted into a political scandal with the Congress baying for the Karnataka's BJP government's blood. The three ministers have resigned. Triple ex-ministers, says Amul.

Yuvraj Singh, February 2012: Amul proved that they can be compassionate, apart from being funny and sarcastic, with this ad extending support to the Indian cricketer who was recently, and shockingly, diagnosed with cancer.

Salman Rushdie, January 2012: The Amul ad on Salman Rushdie, shows him on a magic carpet with the tagline: "No Salaam Rushdie". The writer's visit to the Jaipur Literature Festival was thrown into jeopardy because of protests from Islamic seminary Darul-uloom Deoband. Security concerns finally prompted Mr Rushdie to cancel his attendance, and even a chat via video link, amid rumours of paid assassins targeting him, and denials on the part of the government and police that they had encouraged the rumours to keep Mr Rushdie away. 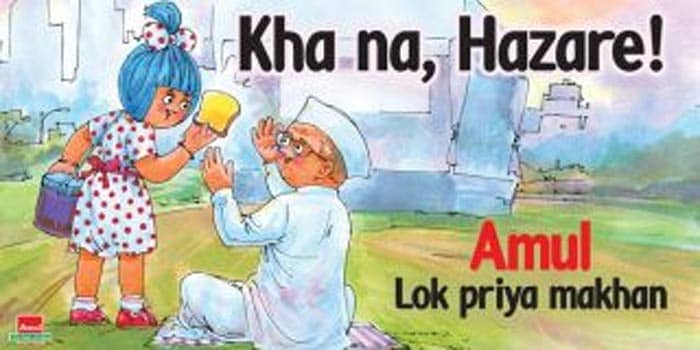