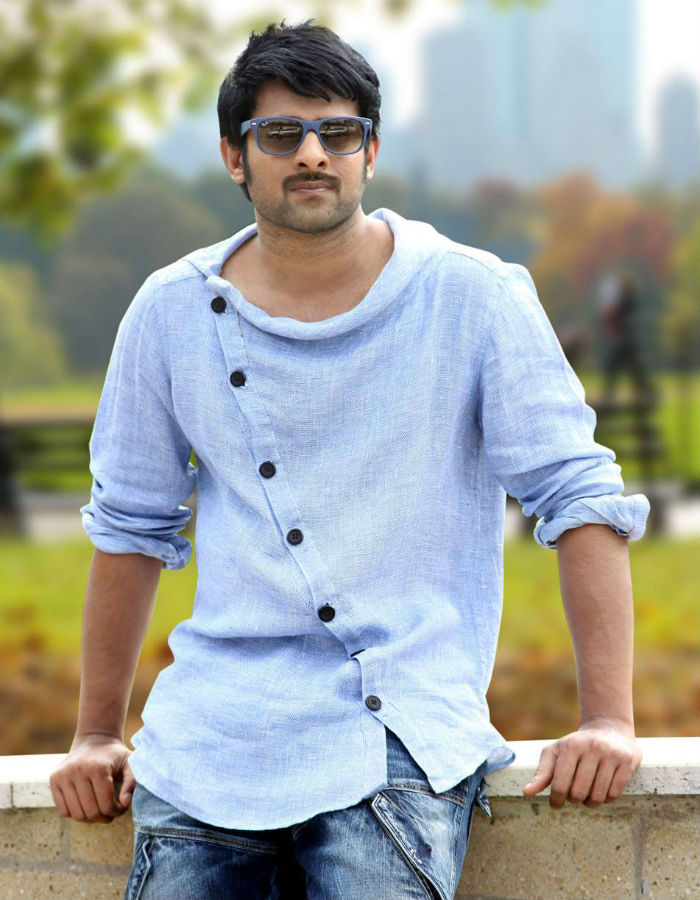 Burly, dashing, talented. Prabhas is one of the most sought after actors to come out of Telugu cinema. Granted, that much of his appeal comes from the magnum opus Baahubali: The Beginning, the much-anticipated sequel of which is to come out soon. However, the breakthrough role is not all that defines Prabhas. Here's a look at the life and times of the young star on his birthday: 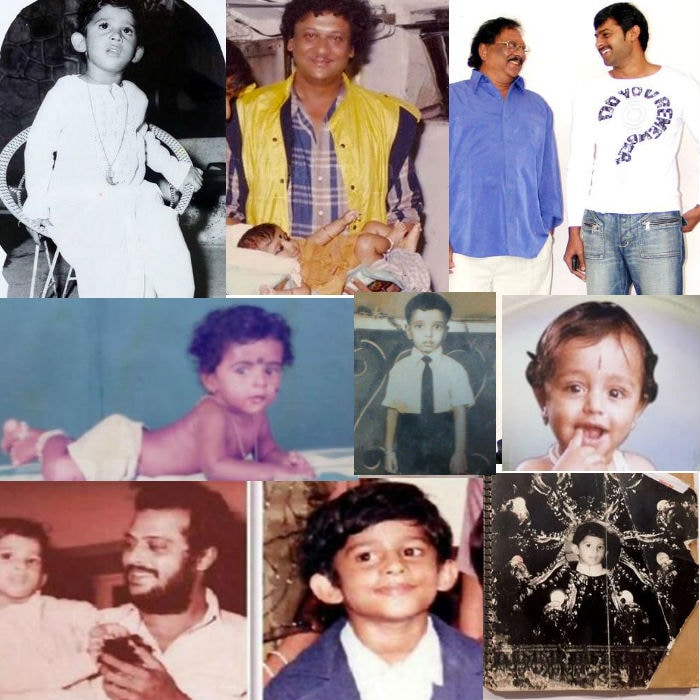 Born on October 23, 1979, Prabhas is a shy soul who doesn't speak much about his childhood. However, cinema runs in his blood. The actor, born Prabhas Raju Uppalapati in Chennai, is the son of notable producer U. Suryanarayana Raju, and wife Siva Kumari. The youngest of three children,Prabhas has an elder brother Pramod and sister Pragathi. 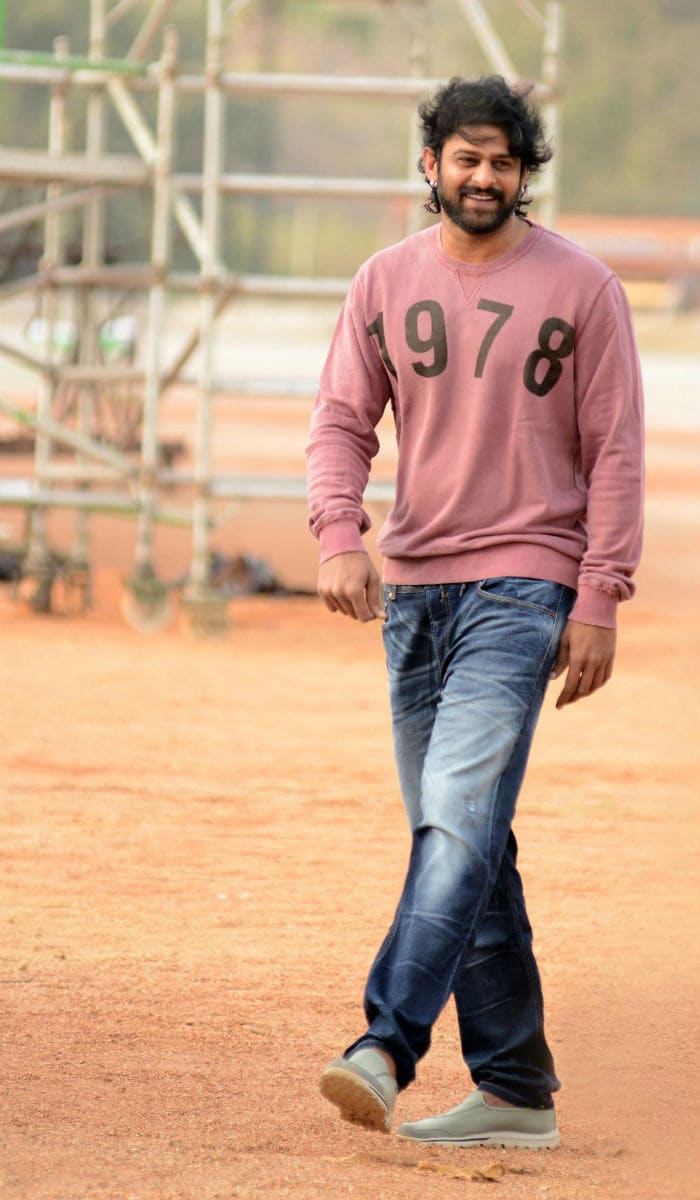 He never had plans for stardom, hence, Prabhas did not neglect his education. His schooling is from Bhimavaram and Hyderabad but he holds a degree in Engineering. He wanted to become a businessman but life had other plans. Prabhas started his career in the Telugu romantic action film Eeshwar in 2002, in which he was paired opposite Sridevi Vijaykumar. Unfortunately, it wasn't much of a launchpad grossing averagely at the box-office. The next year he starred in Raghavendra, but blockbuster success would evade him till 2004's Varsham opposite established actress Trisha Krishnan. The film, which was later loosely remade in Hindi as Baaghi starring Tiger Shroff, got Prabhas his first Filmfare Award nomination as his performance was appreciated by many. 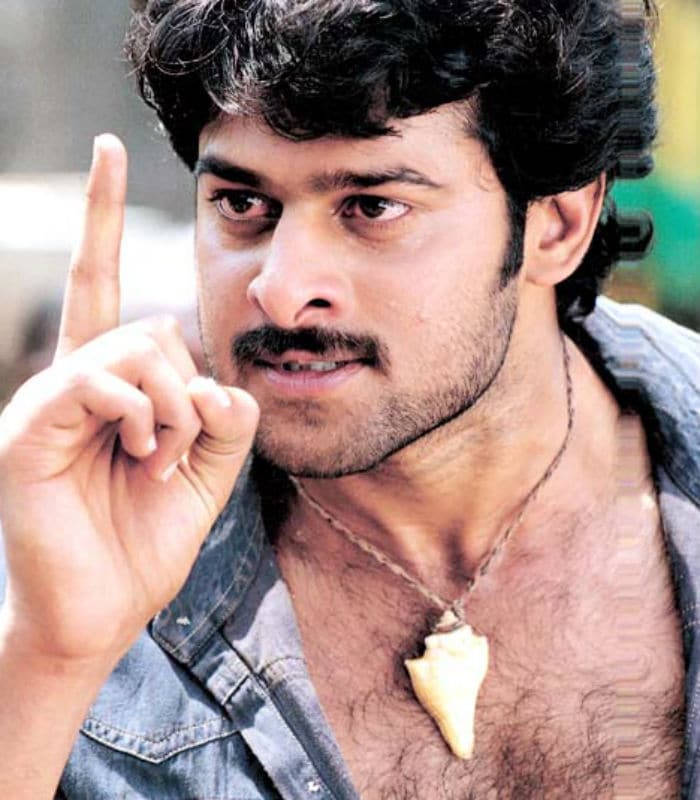 In spite of doing one or two films every years, many consider Prabhas' breakthrough role to come from SS Rajamouli's (no, not Baahubali) Chhatrapati in 2005. The action film, which had hints of an emotional family saga, has Prabhas play a hero with shades of grey. Critics lauded the actor's charisma and style. Starring opposite Shriya Saran, Chhatrapati, earned Prabhas his second Filmfare Award nomination for Best Actor. 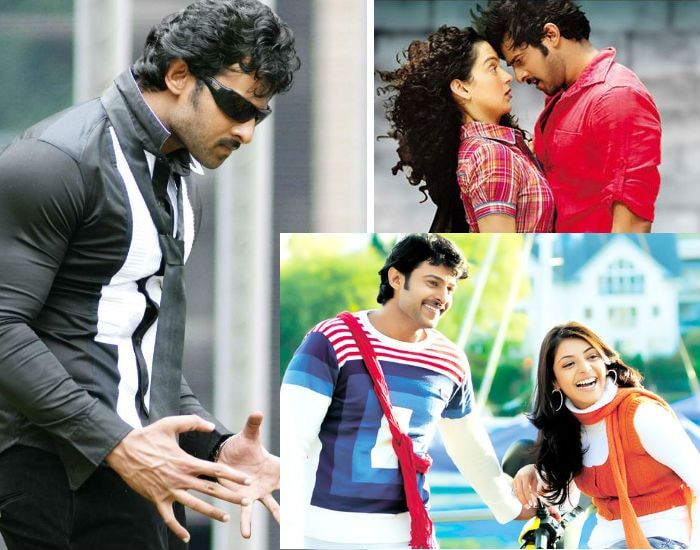 Over the course of the next few years, Prabhas tried his hand at romantic films like Pournami and Bujjigadu, however it was hit action-dramas Yogi, Munna, Billa and 2009's Ek Niranjan opposite Kangana Ranaut (his third Filmfare nomination) that would give him continued critical and commercial success. 2010's Darling in which he was paired opposite Kajal Aggarwal was his first family drama that brought him immense success including his first Jury Award for Best Actor. 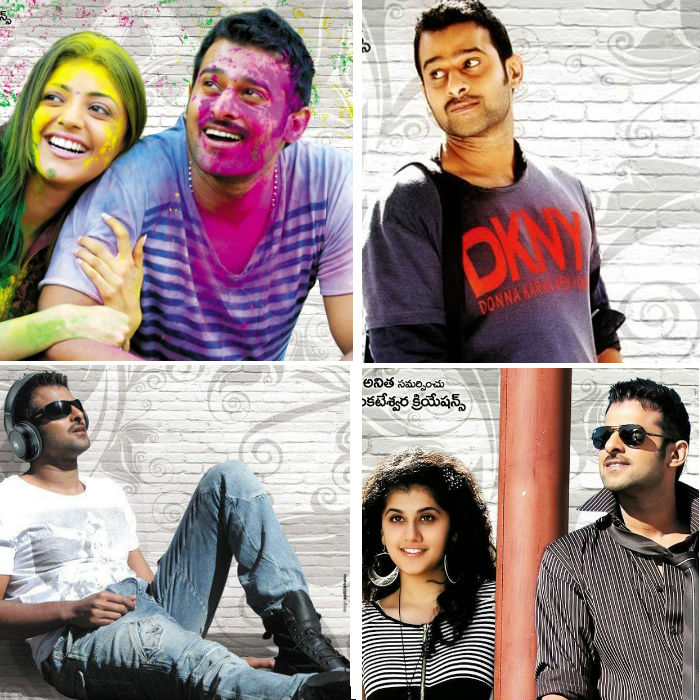 Due to the success of Darling, Prabhas' pairing with Kajal Aggarwal was repeated for rom-com Mr. Perfect. Prabhas was indeed 'Perfect' in the film and it reached blockbuster status, even touted to be the best Telugu film of 2011. 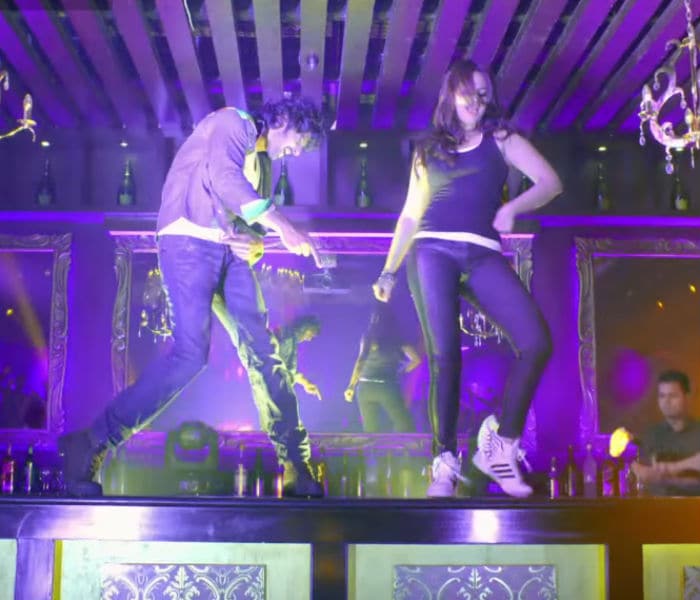 In 2014, Prabhas made a small Bollywood debut with a cameo in the song Punjabi Mast in Ajay Devgn's Action Jackson in which he shook a leg with Sonakshi Sinha, heightening fans expectations for a full Hindi film debut. However, this is still yet to happen. 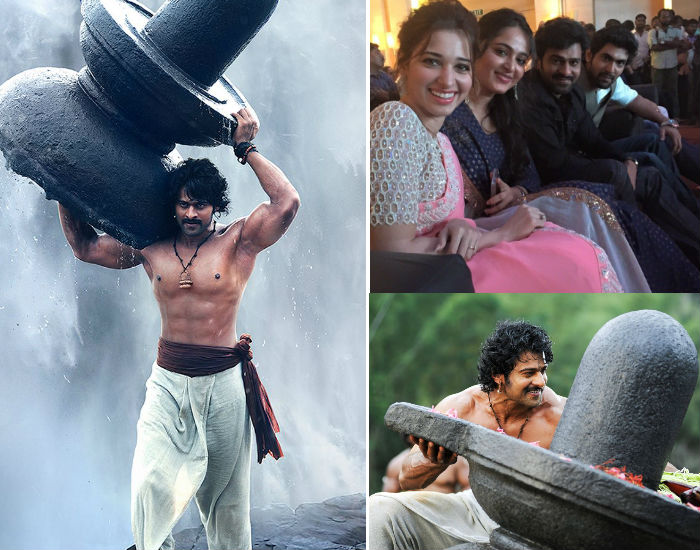 But no worries, for Prabhas' biggest hit ever would also turn out to be one of the biggest films in Indian film history. SS Rajamouli's epic two-part saga Baahubali saw Prabhas in the titular role. The highest grossing Indian film in India, and the third highest grossing film globally, Baahubali's success sky-rocketed the craze for Prabhas, so much so that the actor who won a million hearts with his performance in the film had deities being created with his signature pose from the film. Talk about fan following! 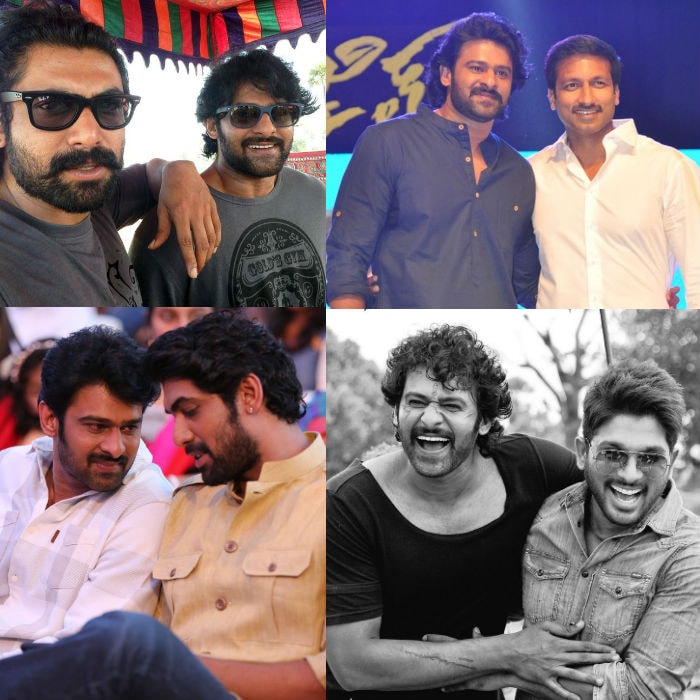 Baahubali also gave Prabhas his best friendships. He considers Rana Daggubati, his co-star from the film, alongwith actors Allu Arjun and Gopichand to be amongst his closest friends. 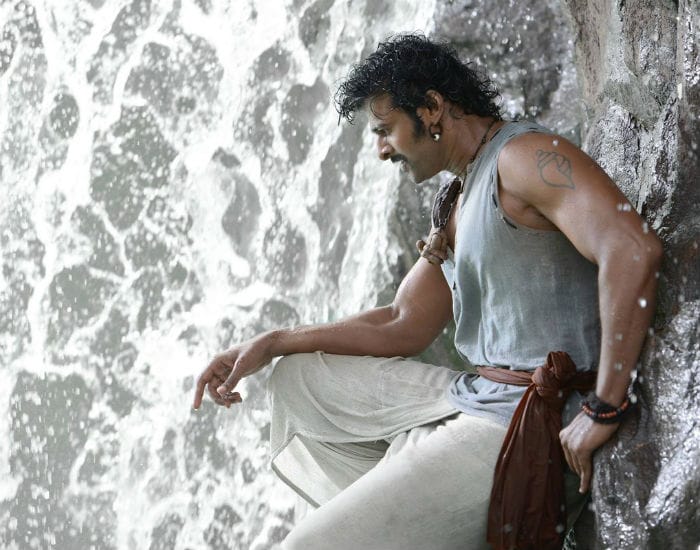 Fans love his tall demeanour, ripped physique and deep voice. And all the hard work he put into Baahubali did certainly pull off. The actor did not sign any film for three years to give his complete attention to the series, and trained vigourously with a strict diet to play 'Shivudu'. Sorry girls, but your favourite Telugu actor is apparently taken. Rumours suggest that Prabhas has been 'in love' for quite some time. The lucky girl is yet unknown, although the latest is that after putting off the wedding for Baahubali, Prabhas may finally get hitched between December this year and March 2017. 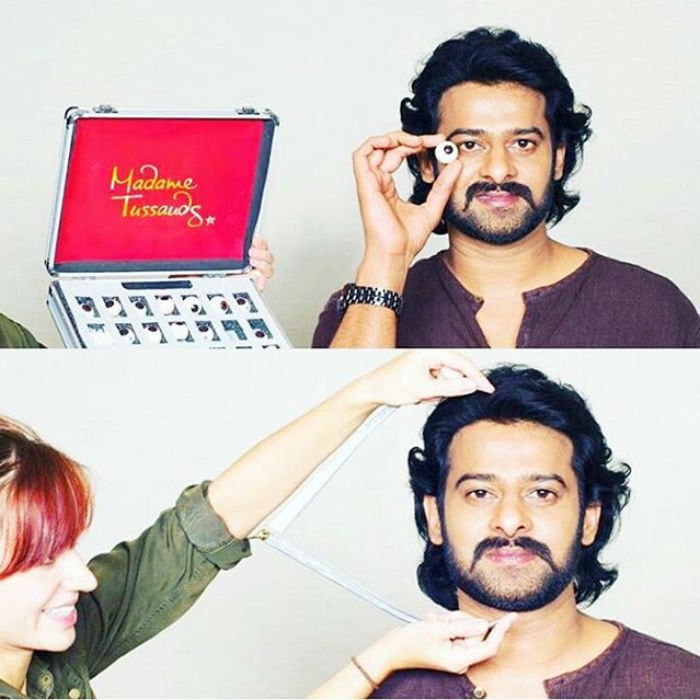 March will bring another big development and achievement in the talented actor's life. The Baahubali star is currently being immortalised in his Amarendra form at Madame Tussauds wax museum in Bangkok, becoming the first South Indian actor to have his statue at the prestigious museum, which will be unveiled in March 2017 and will subsequently move across the world. The news was shared via director SS Rajamouli on Twitter earlier this month.

These images were posted on Twitter by SS Rajamouli 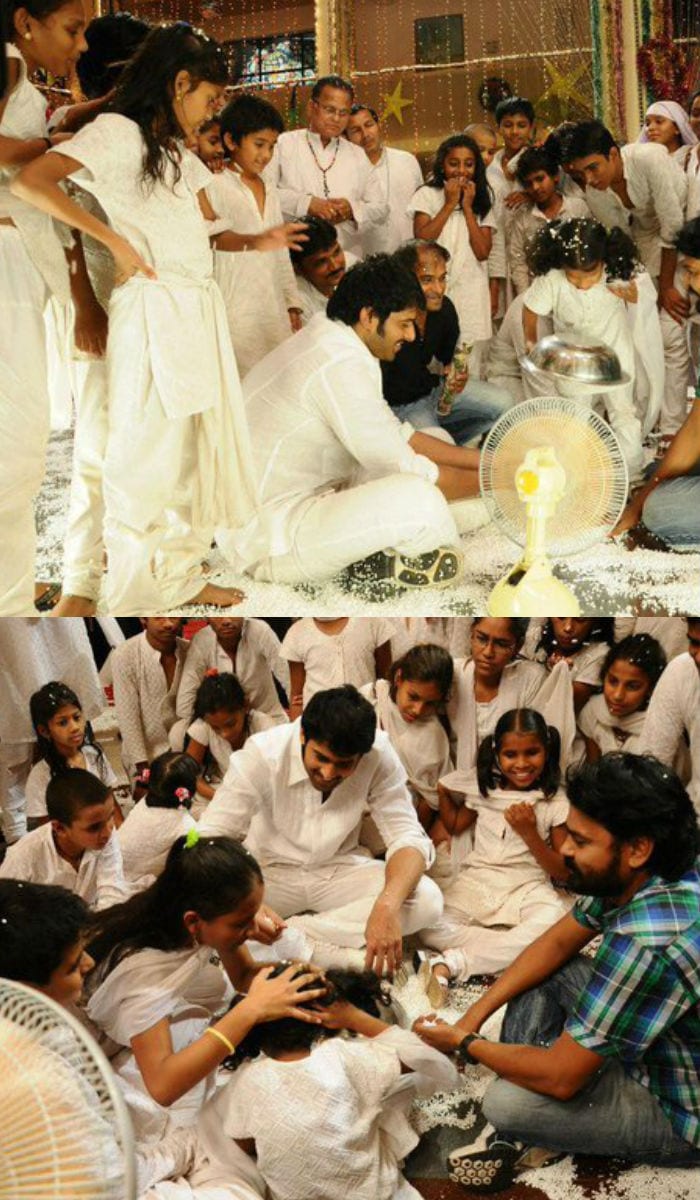 The understated actor even keeps his charity work under wraps. Apprarently, he's quite big on helping the needy and poor, and works towards the upliftment of children. So, not just a reel-life but also a real-life hero. 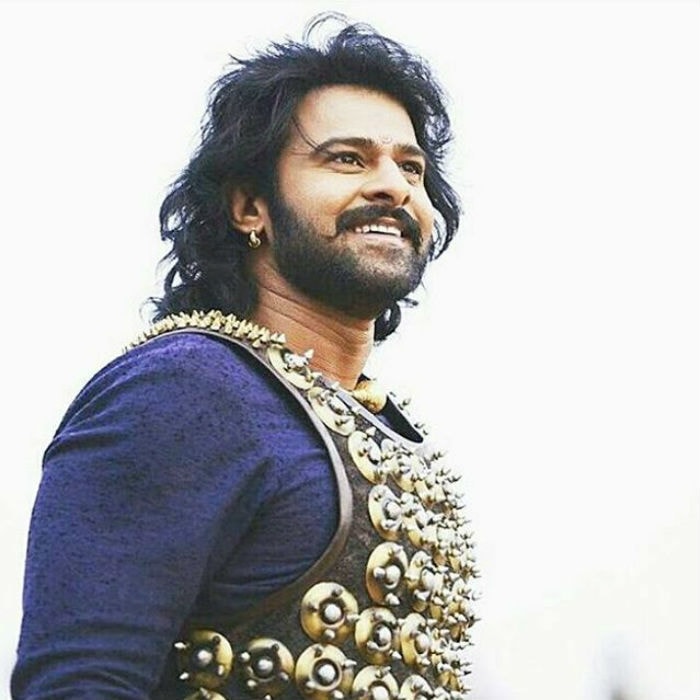 We can't confirm what's up next for Prabhas (there are rumours of three huge films for the actor). But one thing is for certain, that his upcoming releases are going to be certifiably big. Meanwhile, what can be more special gift for the actor and his fans than the promo of Baahubali: The Conclusion being released on his birthday. So, happy birthday Prabhas. We're eagerly awaiting your next blockbuster.