Govinda is Back and Pink For Kill Dil

Actor Govnda is back in form for his upcoming film Kill Dil, directed by Shaad Ali. 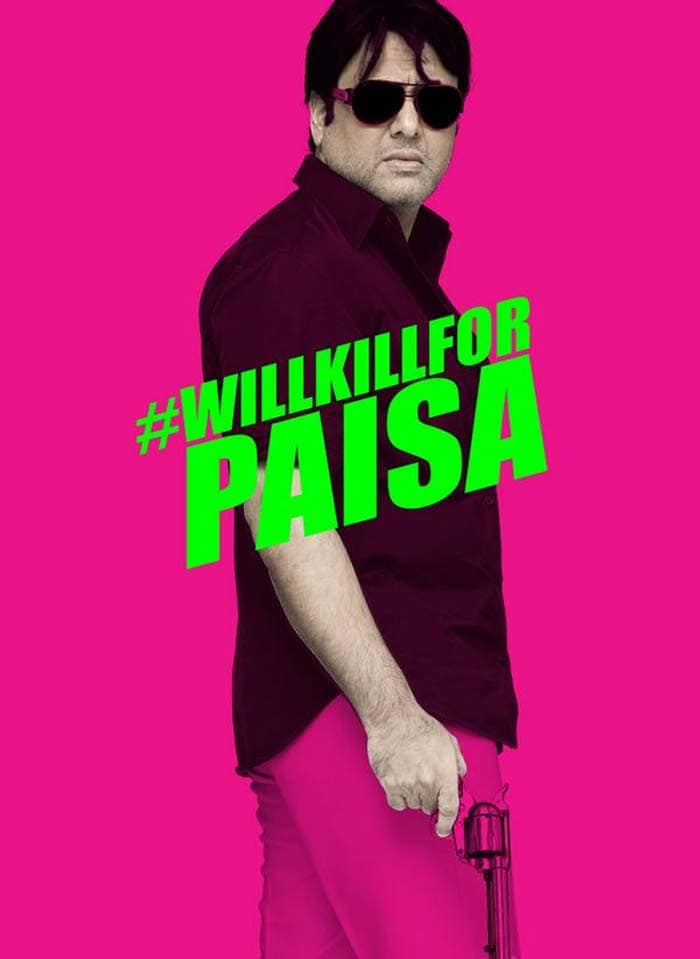 Actor Govnda is back in form for his upcoming film Kill Dil, directed by Shaad Ali. The actor's first look was revealed on Twitter on the film's official handle saying this one will ‘Kill for Paisa'. In the poster Govinda is seen donning a tough look dressed in a dark shirt and neon pink pant, camouflaged with the poster's background. Govinda, who was last seen in Holiday: A Soldier Is Never Off Duty, will be seen playing a negative role in this movie.

(This image was posted on Twitter by Kill Dil Film)

Ahead: Parineeti, Ali Will Kill Your Dil 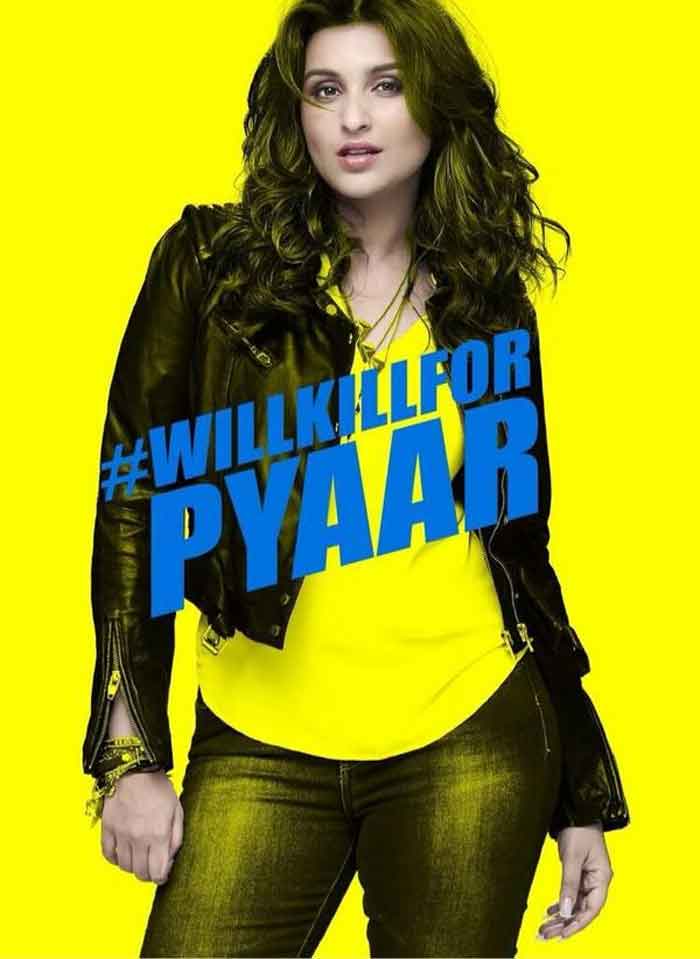 Parineeti also captioned her picture: Kill Dil!!! Very nervous for this one. Hope you like it!!!! 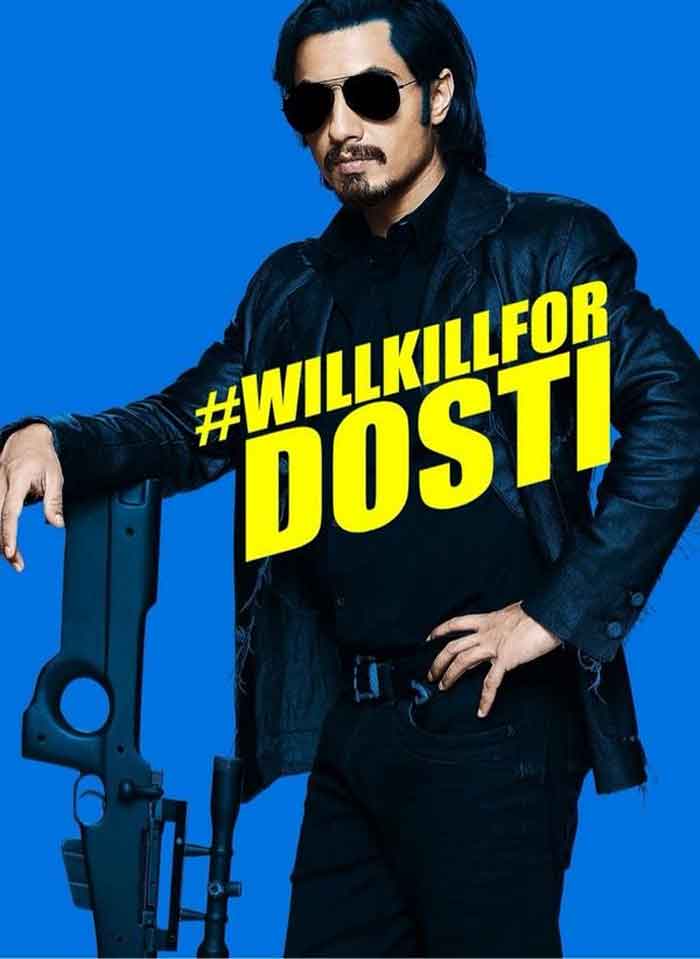 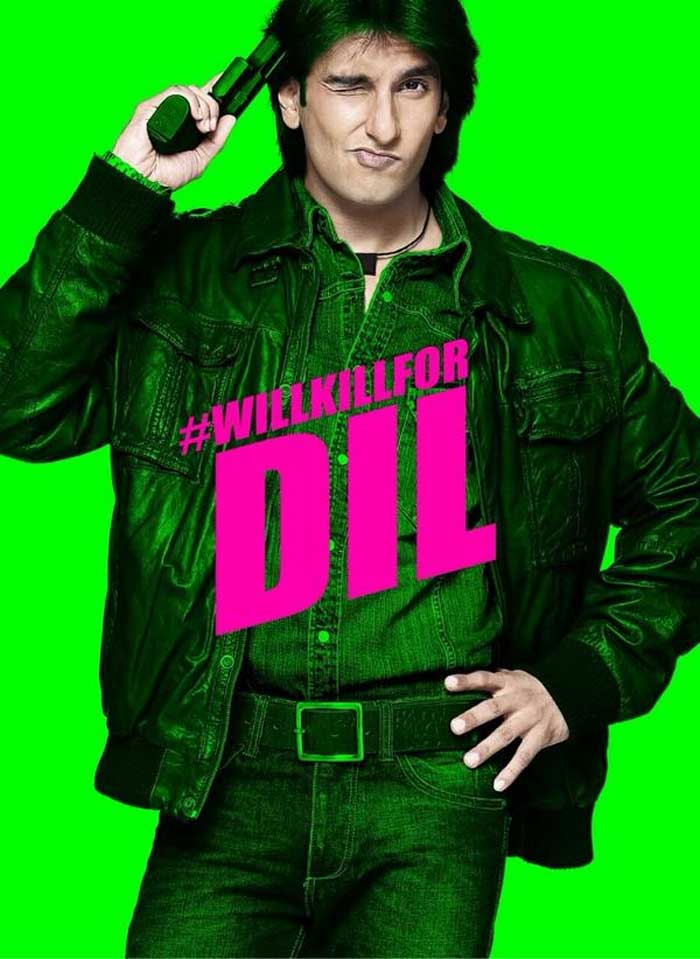 Coming up -Revealed: The Shaandaar Shahid and Annoyed Alia 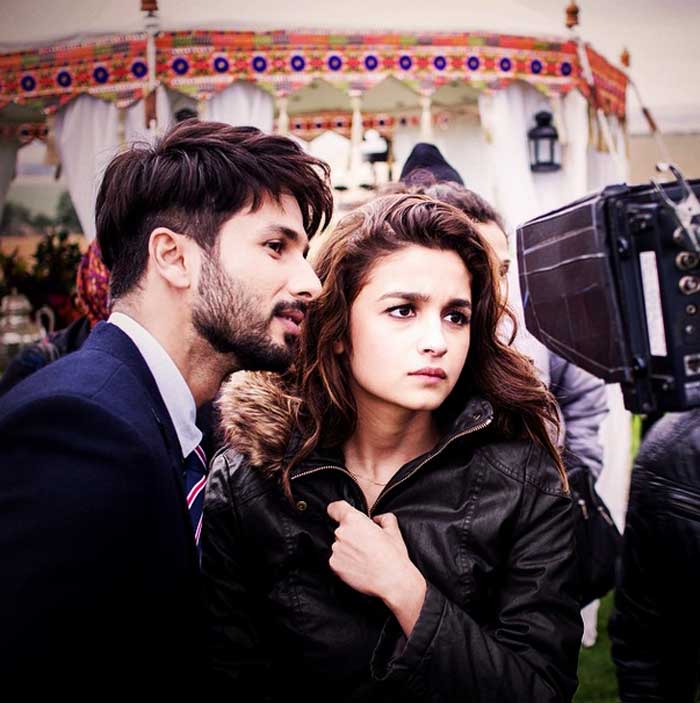 Alia Bhatt shared the first image from the sets of Shaandaar, which pairs her for the first time with actor Shahid Kapoor, on Instagram. The image shows Shahid with Alia with a ‘destination-wedding' set in the backdrop. While our hero looks cheerfully at ease, Alia seems annoyed, which poses the question, is he hitting on her? 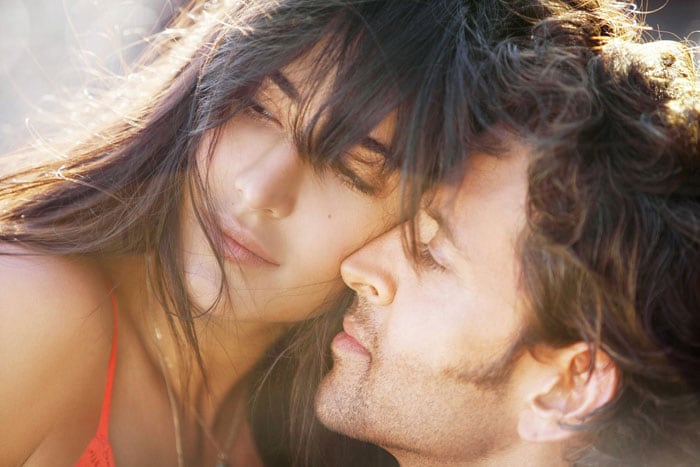 Actors Hrithik Roshan and Katrina Kaif are to scorch the screens after weaving magic in Zindagi Na Milegi Dobara with their latest offering, Bang Bang.

As can be seen in the first look of the action-comedy here, the chemistry between the stars looks set to beat what we saw between actors Tom Cruise and Cameron Diaz in the Hollywood film Knight and Day, of which Bang Bang is the official Bollywood remake.

Directed by Siddharth Anand, the desi version has Hrithik and Katrina play the roles of a secret agent and his accidental partner.

The film is slated to hit the screens in May 2014.

Coming up: Priyanka, Hrithik and the Krrish connection 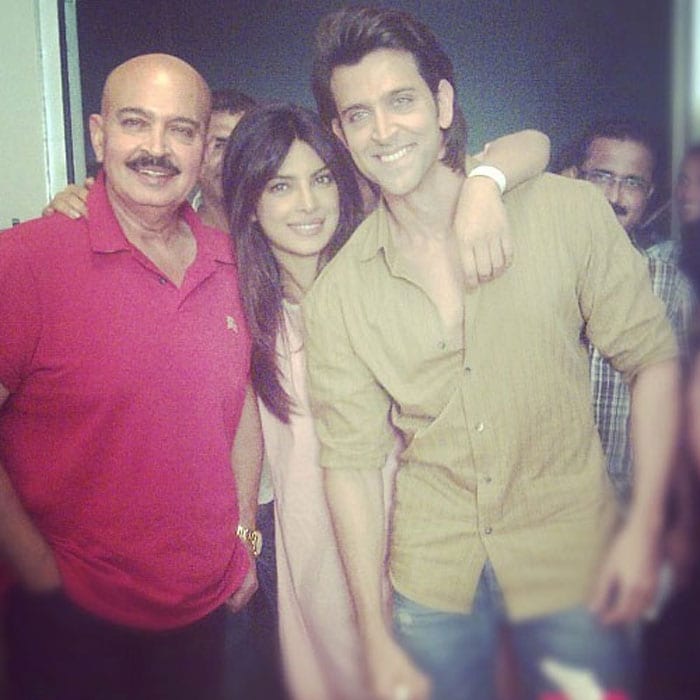 Priyanka Chopra, who has wrapped up the filming of her upcoming movie Krrish 3, posted this picture of herself with co-star Hrithik Roshan and his father, the film's producer-director Rakesh Roshan. She also wrote: Film wrap #Krrish3 ! Yay! Congrats team ! Priyanka seems to share great camaraderie with the Roshans and has her arms around them in the picture.

Krrish 3 is set to hit the screens this Diwali on November 3. This picture of Priyanka Chopra's father holding aloft her Best Actress trophy at the TOIFA awards in Vancouver really warmed our hearts. Priyanka, who looks radiant in an orange sari with a golden blouse, smiles broadly at her equally thrilled father Dr Ashok Chopra. Priyanka won the Best Actress award for her performance in the movie Barfi!. 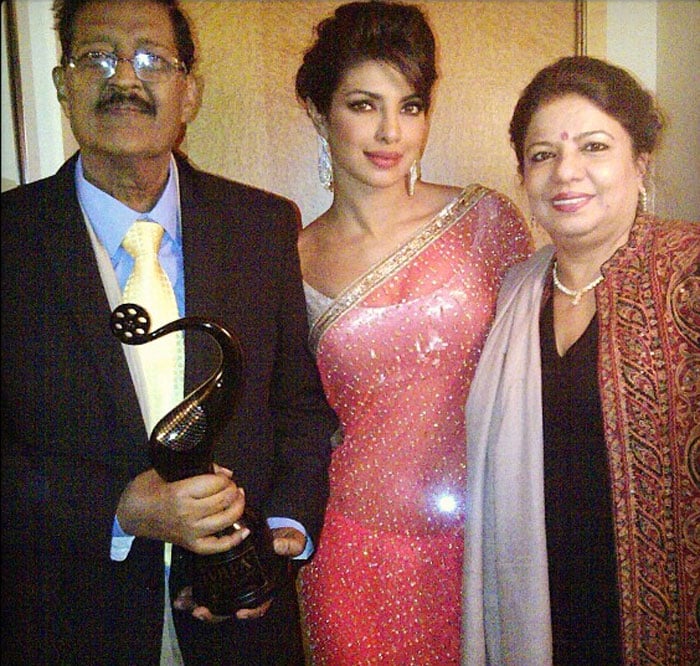 Bollywood's favourite desi girl Priyanka Chopra carried home the Best Actress trophy for her performance in Barfi! at the maiden edition of the TOIFA awards in Vancouver. The actress, who looked lovely in a sari, was accompanied by her parents Dr Ashok and Madhu Chopra. Priyanka looked more than thrilled to be able to share the special moment with her mom and dad. Priyanka posted this picture on Instagram and wrote: "Proud my dad made it all the way.. Love u Ma n pa."

Coming up: Priyanka: magic and mystery 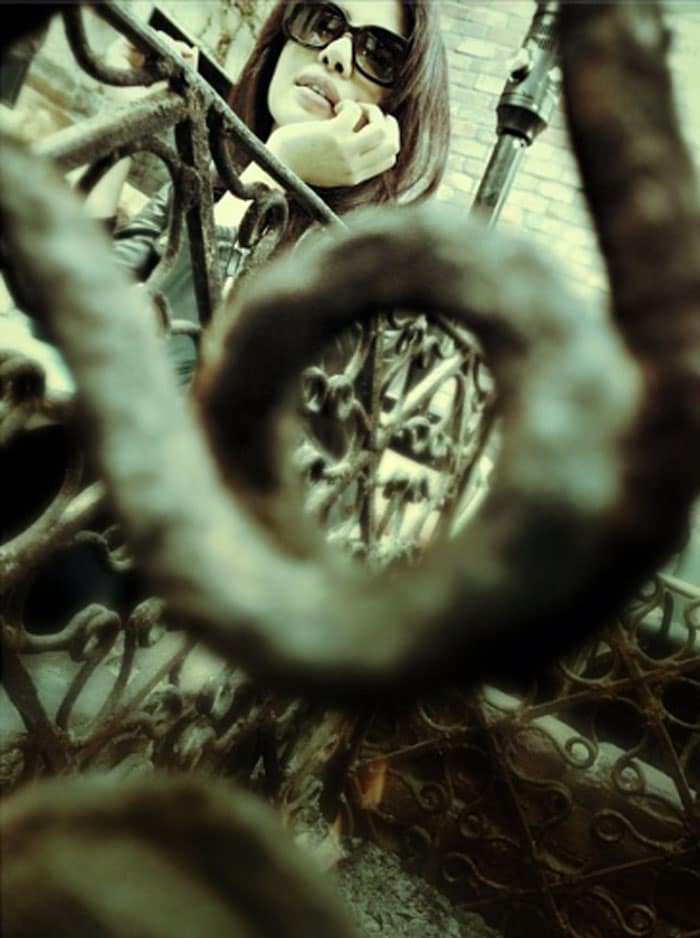 In this poetic picture, Priyanka Chopra looks lost in thought, as seen through a tangle of iron-work railings.

The image was taken by Instagram user natashapal who asked: Magic and mystery... What's on your mind, @peeceelicious ? #Labrynth of thoughts!

Priyanka reposted the photo and tweeted: What I'm thinking is a mystery to me too natashapal

Coming Up: Priyanka, Ileana are sweet as Barfi! 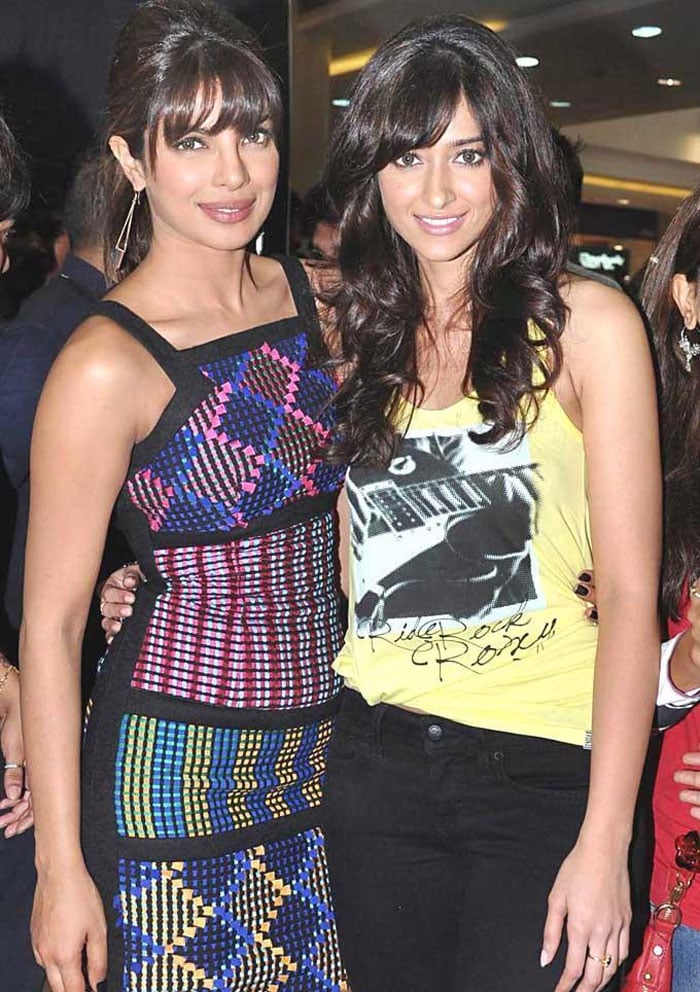 Priyanka Chopra and her Barfi co-star Ileana D'Cruz seem to share great camaraderie in this picture posted by Priyanka's fans on Twitter. The actresses have their arms around each other's waists. Priyanka is a knockout in a bodycon dress while Ileana is more dressed down but no less lovely in a casual top and jeans. 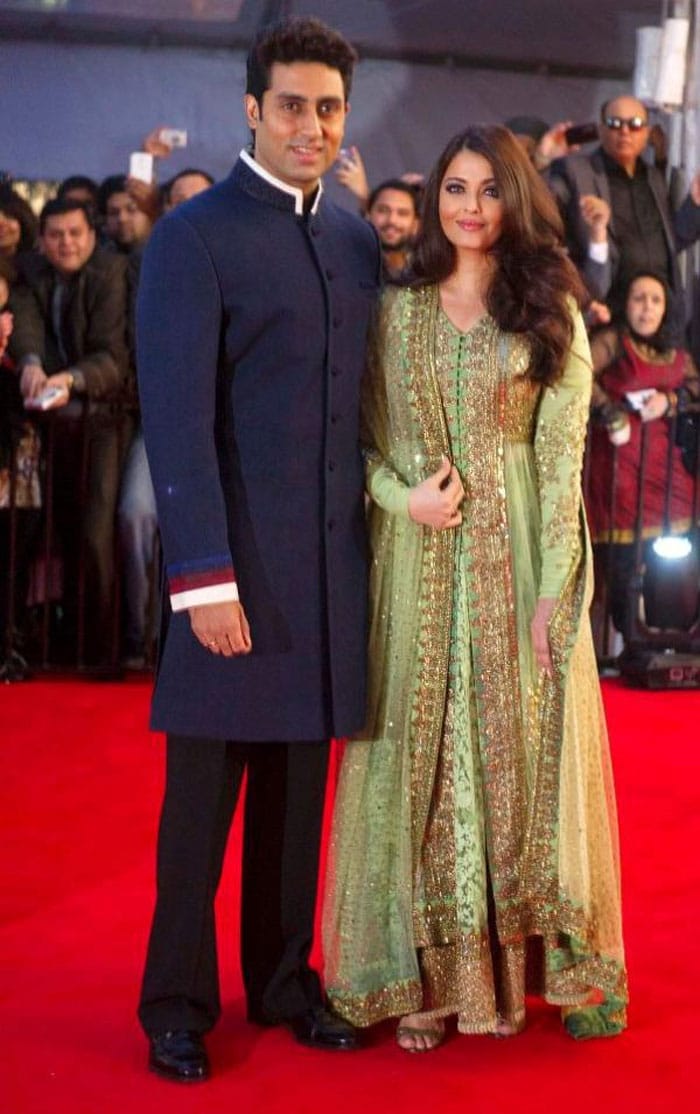 Elegant and in shape, Aishwarya Rai Bachchan looked stunning in a mint green anarkali. Husband Abhishek, who won an award for his comedy act in Bol Bachchan, was handsome in a navy blue long coat. 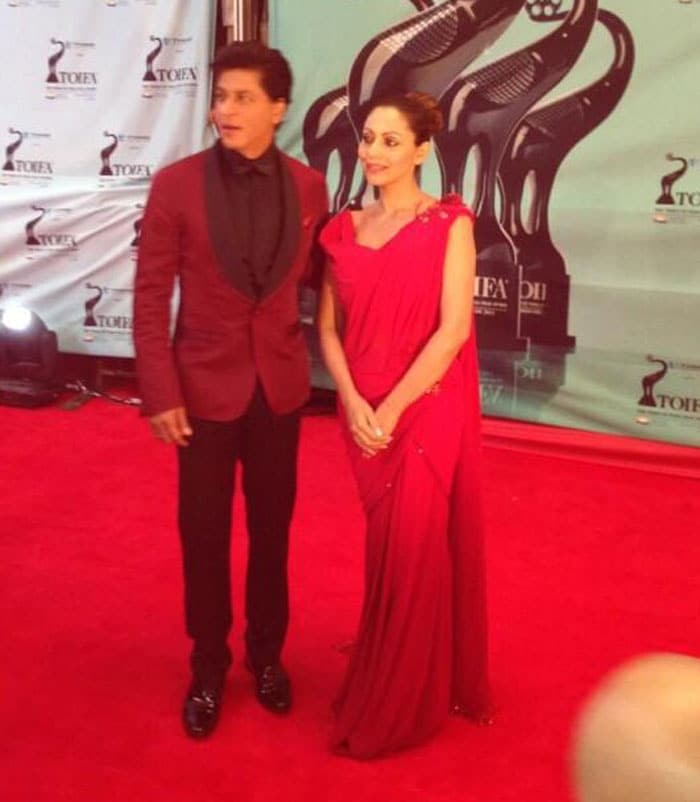 Shah Rukh Khan and Gauri were colour co-ordinated. While Mrs Khan was glamorous in a bright red sari, SRK suited up in a red blazer. 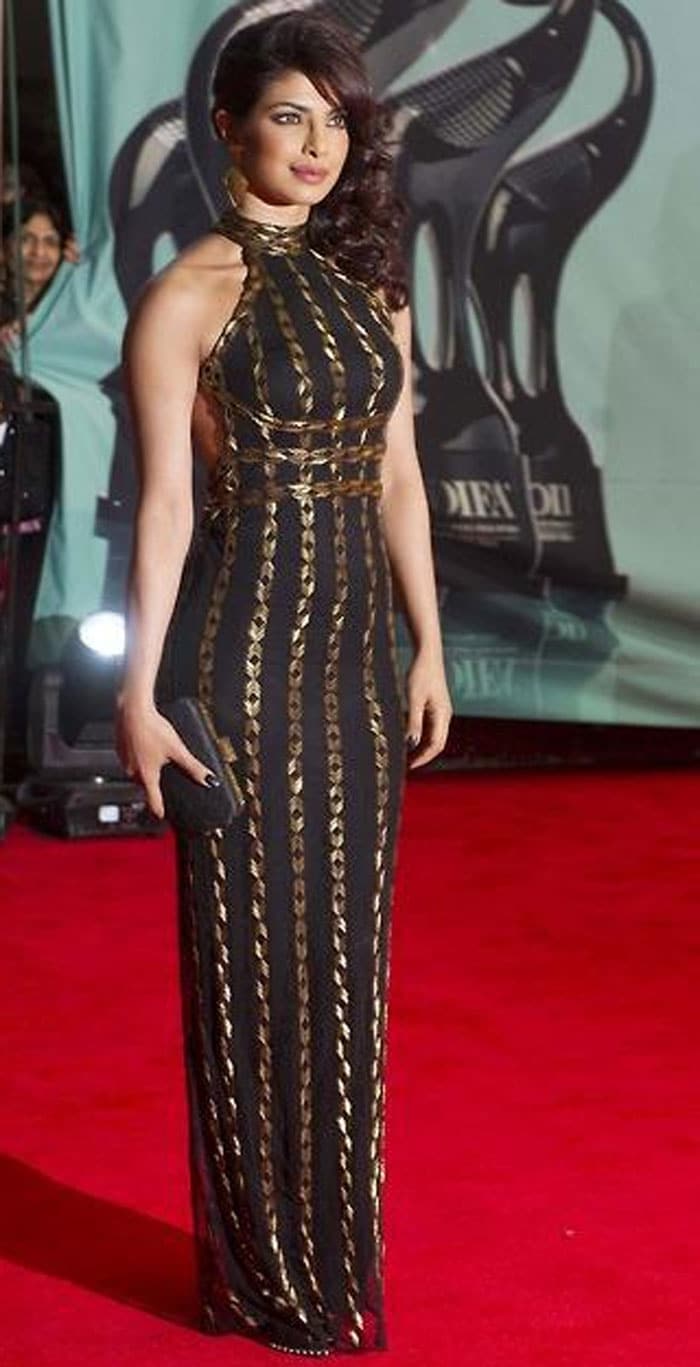 Priyanka Chopra was statueque in a black and gold patterned dress.

The host for the event, Ranbir Kapoor, was dapper in a suit. 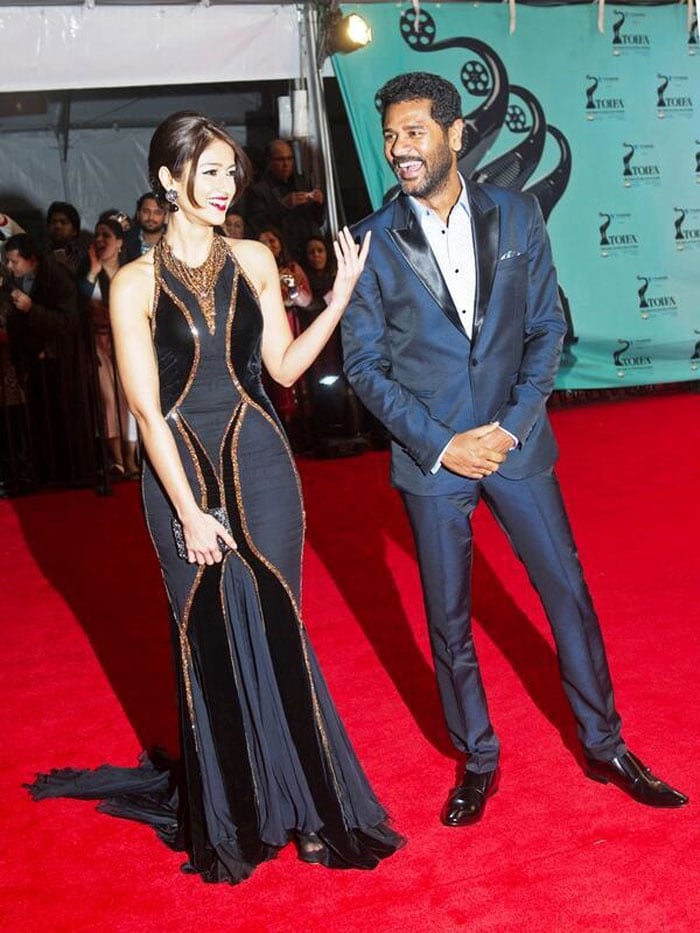 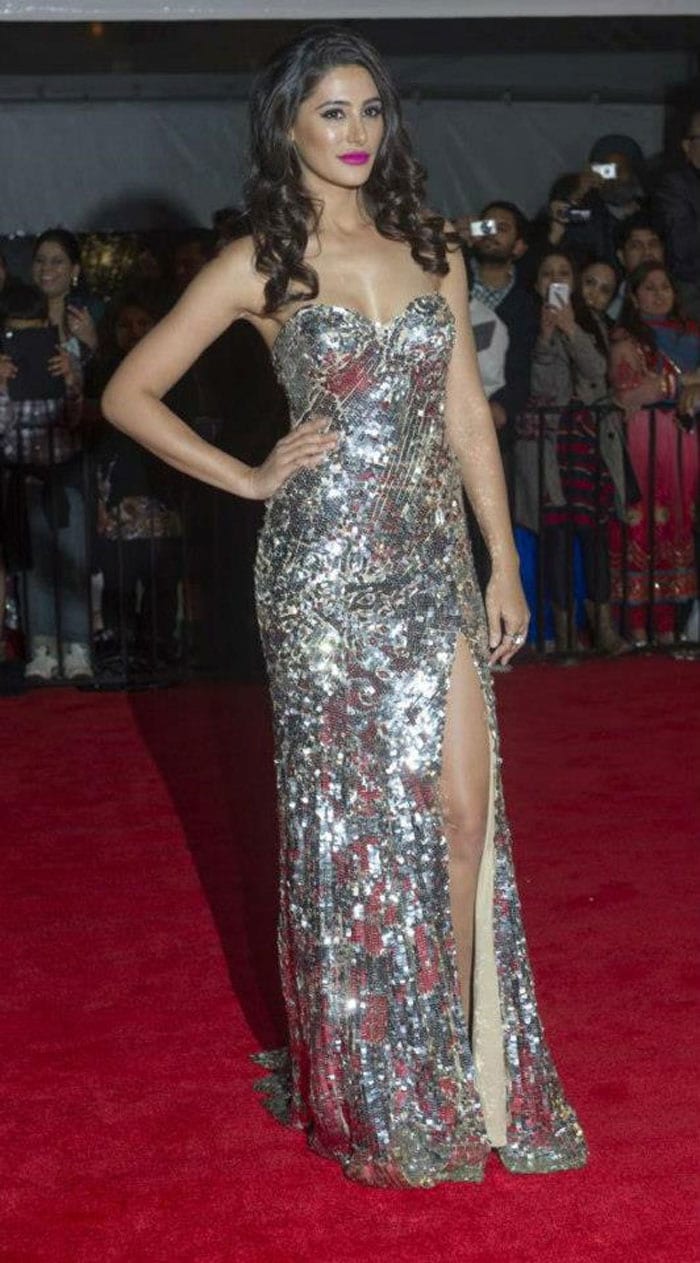 Nargis Fakhri sparkled in a silver metallic dress with a thigh high slit. 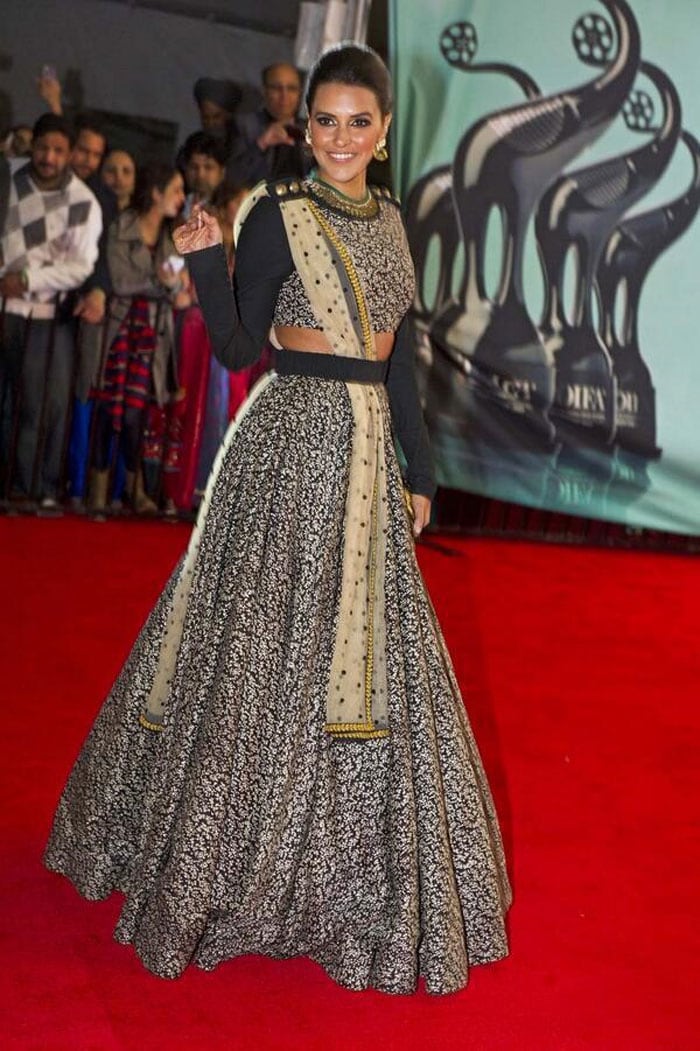 Neha Dhupia was beautiful in a black and white lehenga teamed with a full sleeve blouse.