Opinion: Why The Gandhis Have No Takers Among Voters

Lt. Col. Pusapati Vijay Ananda Gajapathi Raju, the honourable Maharaja of Vizianagaram, best known as Vizzy, became the captain of the Indian cricket team on its tour to England in 1936. Vizzy was a big cricket enthusiast and had bankrolled Indian cricket for years. The trouble was that he was terrible at the game, and envious of those who could play. The story goes that he bribed one team member with a gold watch to run another out, and forced an injured batsman to pad-up and wait for hours to ensure he couldn't rest. But no one could say anything to him since he paid everyone's salaries. Even an angry word said sotto voce could get a top player sacked from the team and sent home.

Later, when he was too old to play, Vizzy became a commentator. His public speaking skills were so poor that once, when he was regaling the listeners with stories about his exploits in tiger-hunting, his co-commentator quipped, "I thought you left a transistor radio on while commentating and bored them (the tigers) to death." And for such sterling services, Vizzy was knighted by King Edward VIII.

Many Indians, especially those on the liberal side of the political divide, believe Rahul Gandhi is the Congress party's Vizzy. He is a poor politician, an erratic communicator, doesn't understand realpolitik and is insecure about young leaders in the party who could probably do a better job of leading it. You will hear frustrated commentary from liberals about how it is time for the Gandhi scion to quit politics altogether, and let someone more competent handle India's Grand Old Party.

The question that no one wants to answer is why is there no open challenger for the post of Congress President from any of the favourites of Lutyens liberals? Why don't other stars of the party split it and then demand the Congress party's election symbol from the Election Commission? The answer, as every Congress leader knows, is that there can really be no Congress without the Gandhis. They are still the only pan-national brand of the party. The Gandhi name is still the most identifiable symbol for the Congress, much more than the hand, the party's symbol on Electronic Voting Machines or EVMs. 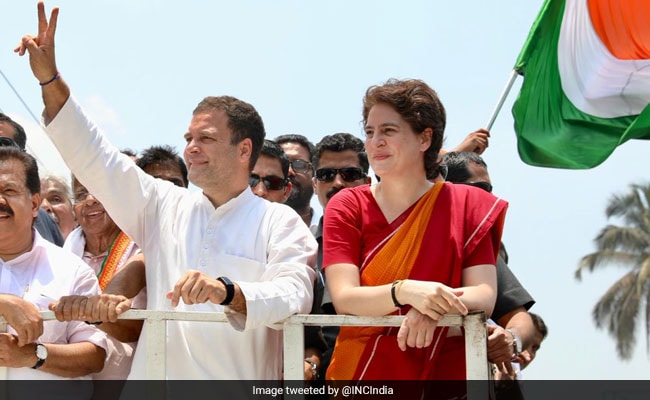 For many, they are still India's version of the Royal Family. So even an average political opponent on the street wants to see, touch and perhaps take a selfie with them. A recent example came from Uttar Pradesh, where BJP workers returning from a rally wanted to interact with Priyanka Gandhi Vadra. In our deeply racist and colour-conscious post-colonial nation, it helps that they are half-phoren. That means even when voters have no intention of voting for the Congress, they turn up for rallies and road-shows held by the Gandhis. No other Congress leader can hope for such mass interest.

This, indeed, is the Congress party's tragedy. It is trapped in a mode where it can only be led by a dynasty, but at the same time, that dynasty is an easy target for the Opposition. It can be blamed for India's problems (Nehru is the culprit), it can be called corrupt (Rajiv's Bofors) and it can be called anti-democratic (Indira's Emergency). The Gandhis are like the proverbial poison in Shiva's throat - which can neither be spat out nor swallowed. So the only real option for ambitious leaders is to leave the party and join other formations which will have them.

The Gandhis themselves know that they are indispensable. That makes them autocratic and whimsical. Rahul Gandhi's public persona appears to be that of a person driven by a personal sense of morality, informed more by political theory than by the pragmatism required by electoral politics. If he makes overtures towards vote-gathering populism (appearing in temples every now and then), it seems half-hearted. Rahul Gandhi often sticks his neck out to support politically-correct but unpopular causes, much to the chagrin of his backers. They say he should take a leaf out of Arvind Kejriwal's playbook and simply avoid issues that inflame majoritarian passions.

However, it would be naive to think that the Congress party's problems are just that of Rahul Gandhi's leadership style and his frequent absenteeism. Its bigger issue is that the structure of power in India has changed fundamentally. The Nehru-Congress was essentially a 'governmental' party, which represented the bureaucratic-managerial class that ruled India. It commanded the heights of India's economy, and played the role of balancing the interests of the capitalist class and big landlords. The bureaucratic-managerial class further tightened its control over institutions and policy during Indira Gandhi's first stint as Prime Minister.

Yet, when she came back to power in 1980, Indira set in motion a process that would lead to the disempowerment of the Lutyens elite. India's tryst with privatisation and liberalisation, which began under Indira's Operation Forward would gradually take power away from the babus and shift it towards India's mercantile caste-communities. This process got accelerated after the Rao-Manmohan reforms in 1991. It still took another two decades to finally culminate in the rule of the mercantile classes. Today, public discourse is dominated by mercantile ideas and the culture of India's business castes and communities. The Congress party, with its overwhelming Lutyens-tilt, has no place here.

On the other side is the party's over-centralisation, which began under Indira Gandhi. She needed it to fight the regional satraps who were opposed to her leadership. In the process, she diminished regional leaders and disemboweled party organisations in states. Regional aspirations could only get expressed in regional parties, outside the Congress fold. Equally, the Congress party's top-down approach meant that the political movements of backward castes and Dalits could only get articulated in distinct caste-parties. So in states with strong regional elites and in those with populous dominant castes, the Congress has no space.

That means the Gandhis will have to work out a strategy outside this framework. This is easier said than done, but some broad contours can be drawn out. The most important of these is raising funds. While Rahul Gandhi has made it a fetish to attack the big two of India Inc, the Congress doesn't seem to have made any serious attempt to reach out to other business houses which have been ignored by the Modi regime. Rahul Gandhi also needs to find a way to reach out to middle level entrepreneurs and take up their causes, lobby for them and even agitate on their behalf. This is a constituency which has been loyal to the BJP, and to political Hindutva, but it can switch to the Congress if the party consistently bats for them. 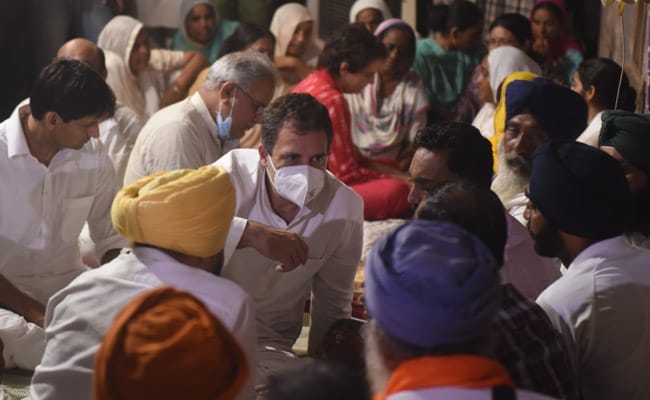 The Gandhis also have to stop wasting time on states where the Congress has no chance. Uttar Pradesh, Bihar and perhaps even West Bengal are three such states. They are big, require a lot of detailed attention, time and resources. The Congress should ignore them and became junior partners of strong regional alliances. The Gandhis should offer regional parties an alliance at the centre, with ministerial posts, in exchange for a few seats. This is more or less the model the Congress follows in Tamil Nadu, and it needs to give up its Hindi-belt obsession and implement it in the North as well.

Giving up on three large states also means the Gandhis have to give up their strategy of going-it-alone. The Congress should reorient itself towards being the largest non-BJP party, instead of trying to aim for an absolute majority on its own. The target should be about 100 seats, which will put it in a position to lead a non-BJP government at the centre, where it will be the first among equals, instead of being a Big Brother.

Finally, the Gandhis have to clearly define what the Congress stands for - what it can offer to the voter, which the BJP or regional parties cannot. So far, the party has failed to come up with a USP, except for harping on its past experience. That message has no takers, and that is precisely what needs to change first.