"All right, you've seen henna freckles how about henna lips," she says. 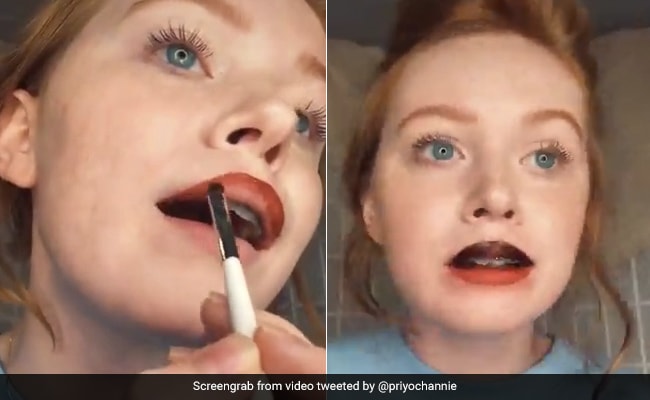 Mehendi on lips? Watch the video that has baffled thousands of people.

A model and beauty blogger has left desi Twitter confused after applying mehendi on her lips to turn them orange. A video that is going viral online shows Chicago-based Brianah Christianson using henna as a lip tint.

Henna is a natural dye that is widely used in South Asia. It is applied on hands, feet or hair - but this might just be the first time that someone tried putting henna or mehendi on their lips.

The video in question was uploaded to TikTok by Brianah Christianson last month, but only recently surfaced on Twitter. It shows the model using a brush to carefully apply red henna on her lips, letting it set for an hour and then peeling it off to reveal her new, orange-tinted lips.

"All right, you've seen henna freckles how about henna lips," she says in the beginning of the video titled 'Henna lip stain', adding that she wanted a "natural" and "subtle" colour. Watch the video below:

Since it was posted on Twitter two days ago, the 44-second video has garnered over 1 lakh views and thousands of shocked comments.

Some slammed it as cultural appropriation and others asked why she did not just buy a lip tint. Mostly, however, people were concerned about the possible ill effects of applying henna to lips.

but- isnt this so dangerous like arent lips really sensitive why-

What do you think of henna lip stain? Let us know using the comments section.