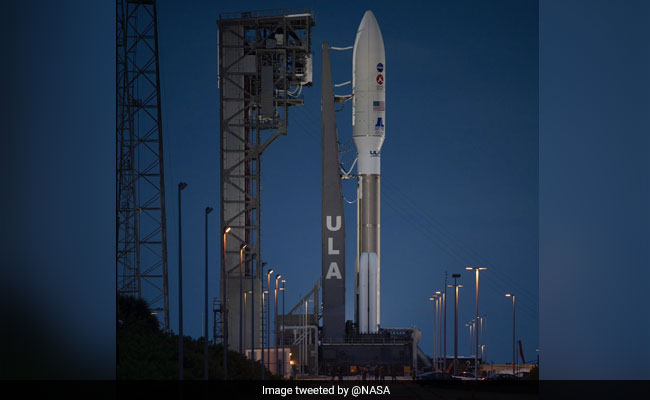 As NASA's latest Mars rover Perseverance gets ready for its launch today, Twitter has requested to hitch a ride on it. A hilarious exchange between the microblogging platform and the American space agency has left social media users in splits. Takeoff for NASA's Perseverance Mars Rover is scheduled for 7:50 am (5:20 pm IST) from Cape Canaveral, Florida - and only minutes before that, Twitter requested to be taken along for the ride to the Red Planet.

I'm carrying the names of nearly 11 million people, and the hopes and dreams of many more. Permission to come aboard. Let's go. #CountdownToMars

While their response delighted many - collecting over 3,000 'likes' in a matter of minutes - the space agency itself chimed in on the conversation.

"Saved you a seat, Twitter," tweeted NASA from its official account, sharing a picture of the rover.

But as Twitter requested a window or aisle seat - it's a long journey to undertake sitting in the middle seat, after all - NASA's response took the cake.

The exchange did not end there - Twitter wondered if NASA had "enough of those jokes to last seven months" - referring to the fact that if all goes to plan,  Perseverance will reach the Mars on February 18, 2021.

The exchange has delighted users of the microblogging platform, collecting thousands of 'likes' and amused comments.

The Mars Rover will go on an astrobiology mission to look for signs of ancient microbial life on Mars -- and to fly a helicopter-drone on another world for the first time.

"It's without question, a challenge. There's no other way to put it," NASA chief Jim Bridenstine said Wednesday ahead of the launch.

Perseverance, which was developed at the storied Jet Propulsion Laboratory in Pasadena, California, is an improved version of Curiosity.

It is faster, with a tougher set of six wheels, has more computing power, and can autonomously navigate 200 meters per day.

About the size of a small SUV, it weighs a metric ton, has 19 cameras, and two microphones -- which scientists hope will be the first to record sound on Mars.