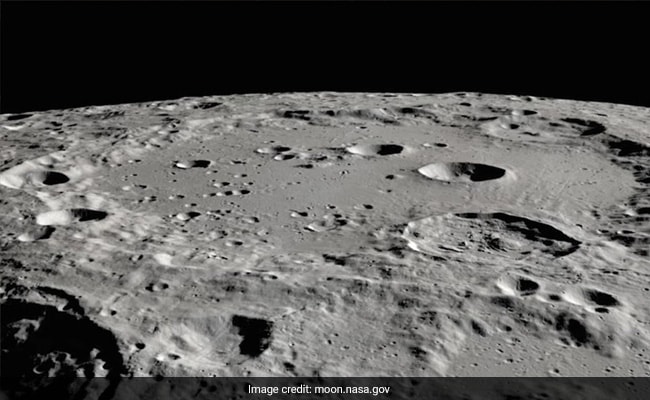 Lunar magnetic anomalies have been a mystery since the Apollo era.

Moon has always intrigued stargazers and astronomers. There are more hidden things about Earth's satellite than what is known. The Moon is small and frozen but its dusty surface is covered in a surprising distribution of magnetic fingerprints. Over the years, scientists have established a number of increasingly complex theories to explain the paths of highly magnetic material that were found in some parts of the lunar surface's crust.

The scientists are able to better interpret the nature of an exceptionally high magnetic field that doesn't match up with other properties of the Moon due to a new study. It has been led by geoscientist Zhuang Guo of the Institute of Geochemistry of the Chinese Academy of Sciences and published in Nature Communications.

Researchers examined lunar material brought back to Earth by China's Chang'E 5 spacecraft in December 2020 and discovered magnetite particles, a mineral that is rarely seen in other samples of lunar dirt. Sub-microscopic spherical iron-sulfide grains that resemble molten drops were discovered to contain magnetite, a highly magnetic iron mineral. Additional thermodynamic modelling revealed that these granules' magnetite is a result of significant impacts with the lunar surface.

The study mentions, "Lunar magnetic anomalies have been a mystery since the Apollo era." It further reads, "Therefore, an in-depth understanding of the formation mechanism and distribution characteristics of magnetite on the Moon could provide a new perspective to explain the genesis of magnetic anomalies in the lunar crust."

According to Science Alert, magnetite is essential to planetary scientists because it may be used to track the evolution of magnetic fields and look for potential signs of life, two of the most crucial topics of study for any planet or moon. The scientists speculate that magnetite may also be broadly dispersed in the purest lunar soil in light of their findings.

The research indicates that the mineral is more prevalent over the lunar surface, which alters the perception of how the Moon has changed through time. The team thinks that these minerals, along with the Moon's current magnetism, can assist in the explanation of how giant object impacts have produced a lunar magnetic field.

"These formation conditions result in a matching relationship between the magnetic anomaly distribution in the lunar crust and the distal ejecta of large impacts," the researchers added.