While some social media users liked the idea, others admitted that they wouldn't be able to go for it - even if it's a free night's stay. 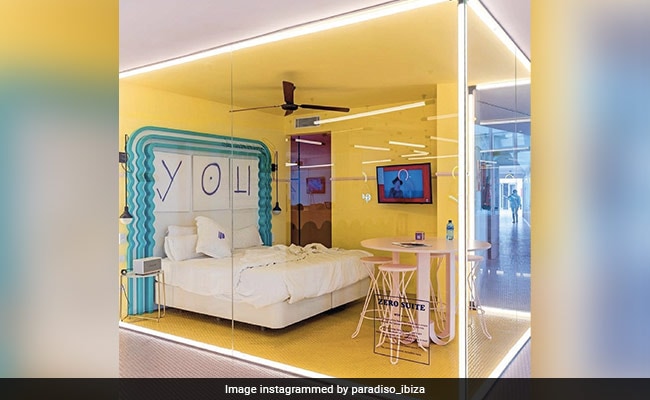 The 'Zero Suite' has created waves on social media.

There's a hotel on Spanish island Ibiza where guests can stay the night for free. But there's catch, as revealed by the group that owns it.

According to an Instagram post of Paradiso Art Hotel, the Zero Suite is room made of see-through walls. And it is located in the hotel's lobby, which means anyone can see the guests staying there.

The hotel said that this suite is "not suitable for wallflowers".

"A glass-walled room in the middle of Paradiso Art Hotel lobby where you can sleep one night for free. Not suitable for wallflowers. Also available for artistic performances, radio broadcasts, DJ sets... the possibilities are endless as long as you like being the center of attention," according to Paradiso hotel's website.

A detailed review of the hotel was posted on video sharing platform TikTok (banned in India) by Olympia Anley. The websites in geographical areas, where TikTok can be used, posted the details from Ms Anley's video.

She shared the video with the caption "I've made a lot of friends tonight," according to UK-based Ladbible.

In another post, she said there were "people pressed against the glass", also telling her followers: "So for the people freaking out going, 'Oh my God, they can see you', yes, they can - the walls are glass. But there is a bathroom, you just go through here and it has a door and opaque walls," according to Ladbible.

Other people too recounted their experiences of staying at the suite. "Had half a nights sleep in there!! People banging on the windows not fun bit teh experience was great!!" Instagram user Sarah-Jayne McGinnis said while commenting on Paradiso's post.

Others, however, admitted that they wouldn't be able to go for it - even if it's a free night's stay.