The pair had made the announcement about the talk show earlier this month. The programme will air on a Pakistani channel named Urduflix official. 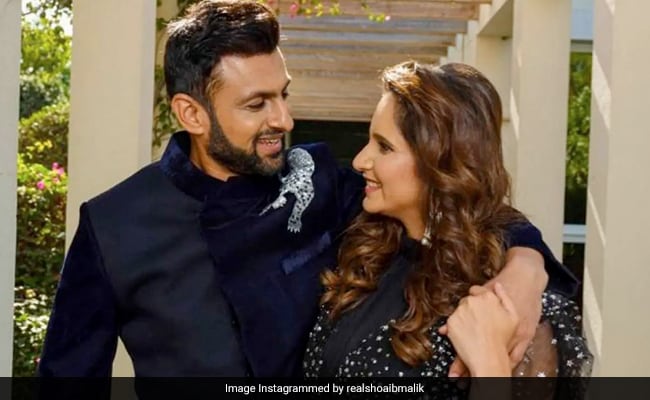 The pair had made the announcement about the talk show earlier this month.

Tennis ace Sania Mirza and her cricketer husband Shoaib Malik are gearing up for their talk show, The Mirza Malik show. The shooting has already commenced and the two recently shared a video from the sets.

Uploaded on Instagram, the short clip features Sania and Shoaib introducing themselves while on the sets. “Are you excited for the Mirza Malik show?” the caption read.

A post shared by Team Of SHOAIB & SANIA (@shoaib_sania_squad)

The pair had made the announcement about the talk show earlier this month. The programme will air on a Pakistani channel named Urduflix official. A poster was also shared by the channel on Instagram.

Since the shooting has begun, photos and videos from the show have been making their way to social media adding to the anticipation among fans.

Commenting on the latest post, a user wrote, “Yes we too are excited for your show”. Another said, “Both of you are looking beautiful”. Some enquired when the The Mirza Malik show will premiere while others gave best wishes to the couple.

Sania Mirza recently gave a glimpse of her busy shooting in a schedule in an Instagram Reel. With Sia's Cheap Thrills playing in the background, the tennis sensation was seen getting her make-up done while grooving to the beats of the song. “Verified It's Friday nighhhhtttt when 12 hour shoot days are finally over,” she wrote in the caption.

The post soon garnered thousands of likes and prompted reactions from users. “So excited for the show,” a user wrote. Another said, “Treating those around us kindly matters a lot and you are exceptional.”

Sania Mirza and Shoaib Malik tied the knot in April 2010 and welcomed their son Izhaan Mirza Malik in 2018. The tennis star often treats her fans to some adorable pictures of her son through social media.