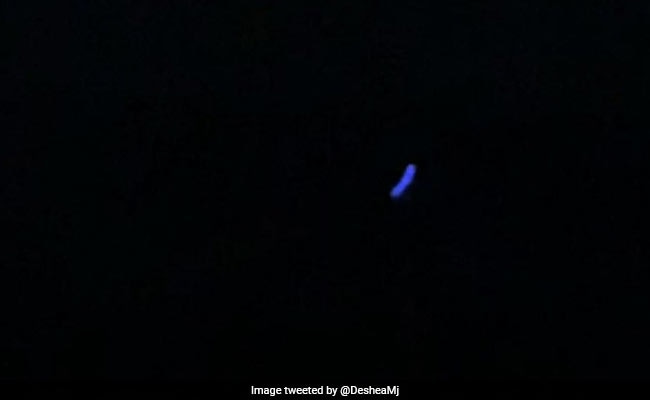 A glowing blue object was spotted in the sky over Hawaii.

Residents of the Hawaiian island of Oahu were left baffled last week as a mysterious blue object streaked across the evening sky before crashing into the ocean. A number of witnesses called 911 - USA's emergency phone number - to report sightings of the unidentified flying object on Tuesday, according to Hawaii News Now.

Photos and videos that are being circulated online show the glowing blue object moving across the sky.

While the sighting led to several people speculating about aliens and downed airplanes, some tried to come up with more reasonable explanations. One Twitter user proposed that the UFO could actually have been an LED kite.

A woman named Moriah told Hawaii News Now that she spotted the UFO passing over Princess Kahanu Estates. "I look up and then I was like oh s***!" she said. "I started calling my husband... I was like hey. Come look up there. See if you see what I see. They all said yea!"

The 38-year-old says she and her family were so intrigued by the object that they started following it in their car and watched as it dropped into the ocean.

The sighting caught enough people's attention to get the Federal Aviation Administration (FAA) involved, reports ABC 11. The callers all reported seeing a large blue object fall from the sky into the ocean.