Man Uses JCB Excavator To Scratch His Back In Viral Video

Is this the ultimate jugaad? 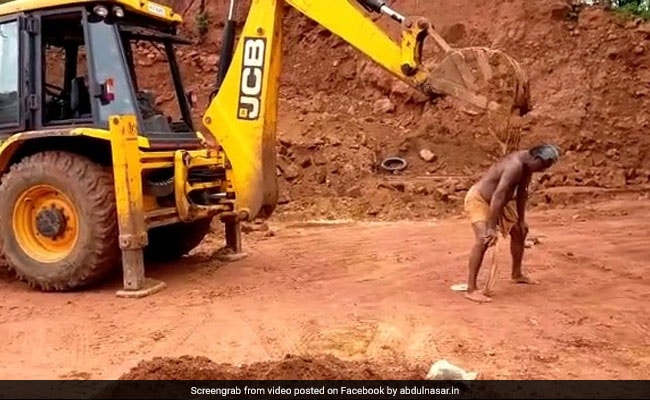 A man uses a JCB excavator to scratch his back.

You may know of several uses for an excavator, but you probably never imagined that it could be used to do something as simple as scratching one's back. A video that is going viral online shows a man using a massive JCB excavator as his own personal back-scratcher. It has divided opinions on social media, where some found the stunt harmless and amusing and others deemed it potentially dangerous and irresponsible.

Shared on Facebook, the clip shows a man standing at a construction site with a JCB machine parked just a few steps away from him. He tries scratching his back with a piece of cloth but, unsatisfied with it, walks towards the JCB operator for help. The obliging crane operator switches on his machine and uses its bucket to scratch the man's back.

Sounds hilarious but unbelievable at the same time? This viral video is proof that it actually happened. Watch it below:

Since being posted on Facebook three days ago, the video has garnered over 2 lakh views and more than 2,000 'shares' along with a ton of amused comments. Many people in the comments section also criticised the stunt as irresponsible, while others hailed it as the 'ultimate jugaad'.

This is not the first time that people have come up with innovative uses for a JCB excavator. In February, a video of a group of women using a JCB excavator to climb down from the back of a truck had gone viral online, leaving many amused.