The video comes after multiple reported sightings of a man flying a jetpack around the Los Angeles airport in California. 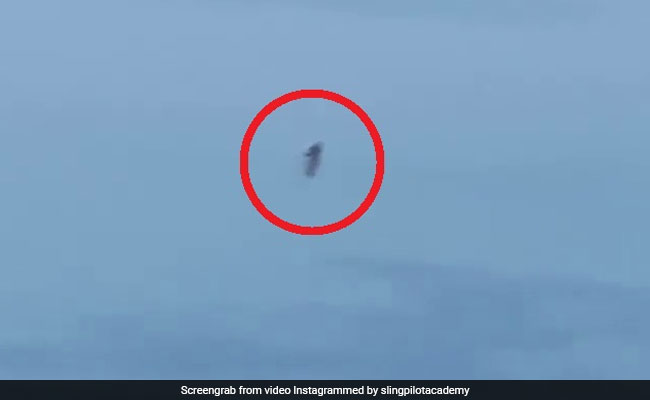 This is the third alleged sighting of LA's jetpack man.

A pilot's video appears to have finally captured the elusive 'jetpack man' of Los Angeles on camera. The video comes after multiple reported sightings of a man flying a jetpack around the Los Angeles airport in California.

According to Popular Mechanics, the mysterious jetpack man was first spotted in August, flying at a height of 3,000 feet, and then again in October - this time gliding 6,000 feet high.

On December 21, a pilot on an instructional flight with Sling Pilot Academy - a flight school based near Torrance - captured footage of an unidentified flying object which appears to resemble a man in a jetpack.

"Video taken by Sling Pilot Academy Flight Instructor while flying at approx. 3,000' near Palos Verdes south of Los Angeles," the academy wrote while sharing the footage on Instagram. "The video appears to show a jet pack, but it could also be a drone or some other object."

The flight school said that it "remains to be seen" whether the sighting was related to a legal test flight or to the 'jetpack man' whose appearances have caused disruptions to air traffic in one of the most congested airspaces on earth.

The video has been viewed over 3 lakh times on the photo and video sharing platform.

One of the pilots involved in the incident told The War Zone that they were flying in the practice area between Palos Verdes and Catalina Island when they saw what appeared to be a man in a jetpack flying towards them.

They managed to get it on camera before the object disappeared from view.

The FBI, local police and the Federal Aviation Administration had announced an investigation into the sighting of 'jetpack man' back in September. This, however, is the first time that the elusive aeronaut has been caught on camera.