Pugs are the darlings of social media. And now, the pooches with saggy faces are being welcomed at Pug-dedicated cafes. 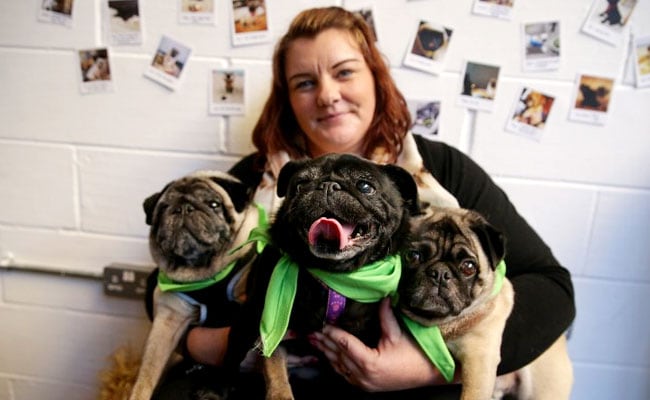 London, United Kingdom: Pugs are the new fashion must-have in Britain, with owners, in love with their saggy faces and big eyes, even taking them for cocktails and afternoon tea in Pug-dedicated cafes.

Inside is a cacophony of barking and yapping. On its opening day, the bar dedicated to Pug lovers is a hit, even though it is a weekday.

"It's a fantastic thing to have your dog with you in a cafe or a restaurant," said Sally Afrasiab, 46, the proud owner of eight-year-old Dude, who sports a Peruvian hat and a bow tie.

She is among the Pug fanatics who post pictures of their dolled-up dogs on the social networking site Instagram.

"He has more clothes than I have!" Afrasiab said, bursting out laughing.

"For Hallowe'en, for parties, he loves this. I don't think that he minds," she said, casting a glance over the stoically sitting Dude. 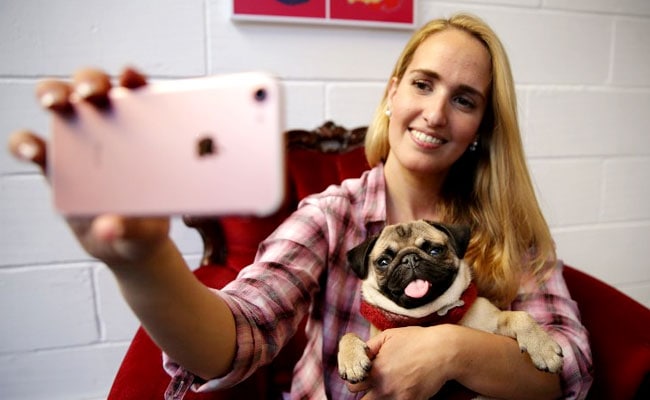 Aida Martinez, owner of the store, pose along MIA, the muse dog at a pop-up Pug Cafe in London (AFP)

While the human customers natter and rave about their pooches, the dogs sniff about, feast on cheese and ham scones, or discreetly cock a leg in a corner.

Lauren Lowe leaves the cafe with an joyous face: she has just spent an hour cuddling dogs and taking pictures with them.

"I adore Pugs. I've been wanting to adopt a Pug for ages but I work long hours, so I can't," she said.

"A lot of people are very passionate about dogs, especially Pugs," said Aida Martinez, adding that she was "literally stopped by people in the street" wanting to stroke her eight-month-old dog Mia.

It was that passion for pooches that made her decide to open Pugs and Pals with her partner.

She hopes a thousand people will come through the doors on the first weekend. 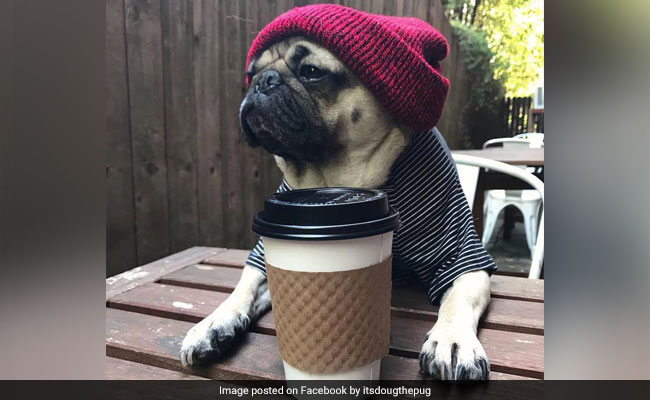 Doug The Pug is a social media sensation

Other Pug-oriented bars already exist in nearby Shoreditch, another trendy London neighbourhood, and elsewhere around Britain, each drawing in plenty of two and four-legged customers.

"Pugs have such brilliant temperaments! They are incredibly loving and friendly, and get along with other dogs and children so well," she said, explaining the cafes' success.

Gudrun Ravetz, senior vice-president of the British Veterinary Association (BVA), said there had been a huge surge in Pug popularity in the last two to three years.

"A lot of celebrities have been owning French Bulldogs -- people have seen them, thought they were cute; they have wanted to have the same thing," she said.

Pugs are the darlings of social media. Doug the Pug has 2.9 million followers on Instagram, another 1.45 million on Twitter and has his own range of merchandise.

Sensing a winner, companies are cashing in on the craze, with Pug mugshots appearing on all manner of products.

As a result, the number of Pugs in Britain has almost quadrupled in the last 10 years to 10,408 in 2016. Pugs are now the fourth-most popular breed, after Labradors, Cocker Spaniels and French Bulldogs. 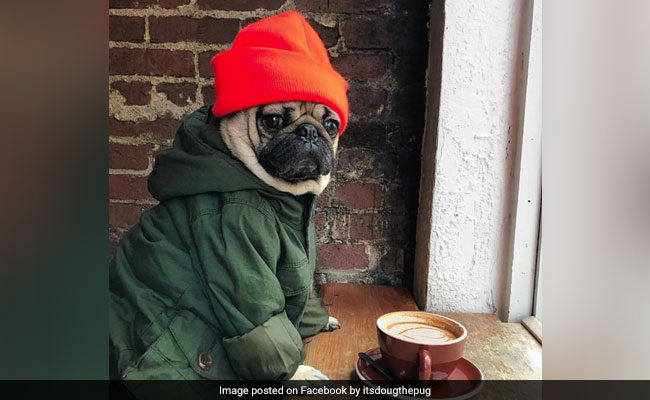 But the fashion trend is worrying vets.

"People think they look cute with their very squashed face and their big eyes but we know that this cute look is actually causing health problems," said the BVA's Ravetz.

Breathing difficulties, eye problems and herniated discs are among the conditions suffered by Pugs bred to get the required look.

"A lot of people are unaware. They are not doing the research they need to do before they buy the dogs," Ravetz said.

"They are buying these dogs purely on looks, purely because they want what celebrities have."

The BVA is encouraging dog-lovers to turn to breeds in better health. 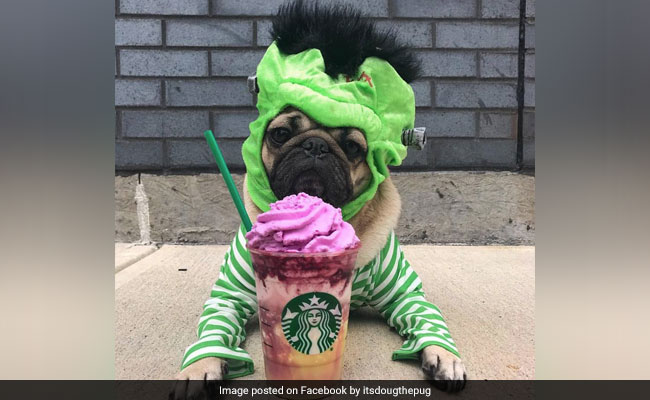 Doug the Pug even has his own range of merchandise

But Ravetz remains wary and notes that treats can promote obesity in dogs, aggravating their health problems.

Promoted
Listen to the latest songs, only on JioSaavn.com
"Showing love to your dog is having time with them and taking them for a walk, not to cafes," she said.