Read inOther Languages
This Article is From Nov 02, 2020

Many complained that they missed their team's goals because the camera "kept thinking the Lino bald head was the ball." 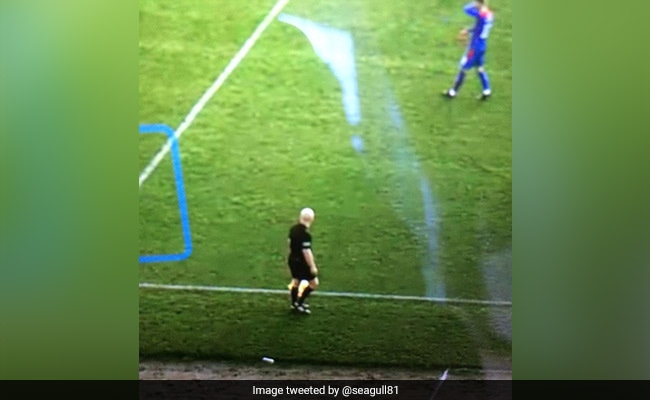 An AI camera kept mistaking the referee's head for the football during a match.

An AI camera at a football game in Scotland kept mistaking the referee's bald head for the ball, ruining the game for fans. According to the Daily Mail, Inverness Caledonian Thistle (ICT) played Ayr United on Saturday. Instead of employing a cameraman, the teams relied on an AI-powered camera that is programmed to follow the ball throughout the match.

Unfortunately, the plan went awry when the camera got confused and kept mistaking the referee's bald head for the football during Saturday's match.

Everything is terrible. Here's a football match last weekend that was ruined after the AI cameraman kept mistaking the linesman's bald head for a football.https://t.co/BsoQFqEHu0pic.twitter.com/GC9z9L8wHf

Several viewers were taken aback by the AI camera's blunder and took to social media to complain about it.

Inverness Caledonian Thistle don't employ a cameraman as their camera is programmed to follow the ball throughout the match. The commentator had to apologise today as the camera kept on mistaking the ball for the linesman's head... pic.twitter.com/LeKsc2bEj7

Given that the match took place during the ongoing coronavirus pandemic, the stadium was empty and fans were watching the game on TV. Many complained that they missed their team's goals because the camera "kept thinking the Lino bald head was the ball."

The goof-up left social media users amused, with some people suggesting that the club provide the referee with a hat for future matches.

A commentator reportedly apologised to fans for the error.