Rahul Gaur Not With Group "For Over A Decade": Gaursons On Cheating Case

A statement from the company spokesperson cited a newspaper clipping of a public notice issued by the group's lawyer. 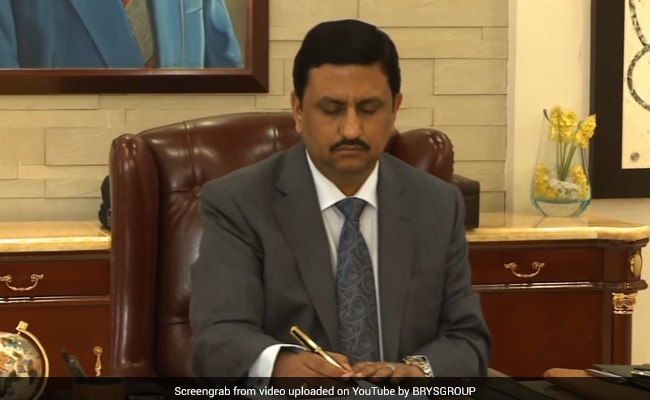 Rahul Gaur, son of real estate group Gaursons' chairman, has been charged by CBI in a bank fraud case

Gaurs group (erstwhile Gaursons) on Saturday said Rahul Gaur, the son of its founder BL Gaur and booked by the CBI for allegedly cheating banks of Rs 80 crore, has not been associated with the group for over a decade and is running a separate company.

A statement from the company spokesperson cited a newspaper clipping of a public notice issued by the group's lawyer.

The notice said that Rahul Gaur has resigned from Gaursons India Ltd and its group companies, thereafter, none of the family members of Manoj Gaur and BL Gaur, directors, share holders, officers, employees have any business association or relation with Rahul Gaur or companies wherein he is having any right or interest.

The spokesperson said, "...he is not associated with group for over a decade now. He runs a separate company and whatever he has done is his personal/organisation capacity and Gaursons has nothing to do with it."

The CBI has recently booked Rahul Gaur, his wife Navneet and his company Brys International for allegedly cheating Bank of Baroda and Syndicate Bank to the tune of Rs 80 crore.

The loan had turned into a non performing asset in 2015. Both Rahul Gaur and his wife Navneet are presently in jail in connection with separate cases being probed by other agencies, officials said.

Bank of Baroda has alleged in the complaint that Rs 80 crore were disbursed by the banks but the project was left in lurch at the initial stages, they said. A forensic audit of the company's account showed round tripping of funds, diversion of funds, opaque functioning of the company and misrepresentation of facts, they said.