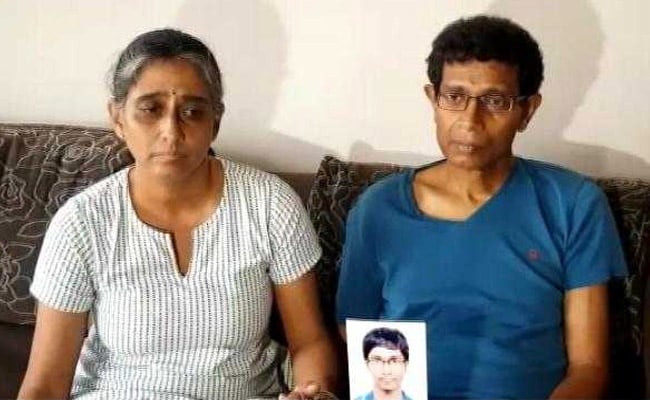 Naman's family identified him through his clothes, watch and mobile.

A BARC research scientist's 17-year-old son, missing since he was seen walking out of his apartment building near Mumbai 10 days ago, was found dead on Thursday. Naman Dutt's body, highly decomposed, washed up at the Mora Sagarai beach, said the police.

"Prima facie it is a case of suicide," said police officer Anil Deshmukh, adding, "Might be under depression he took this step."

The body was in such bad shape that the autopsy was carried out on the spot. Naman's family identified him through his clothes, watch and mobile.

On September 23, the family had gone to sleep around 10 pm. Naman's parents say they "bid him good night and went to our room".

In the middle of the night, Naman's father woke up for water and saw that he was not in his room.

After searching the neighbourhood and visiting the railway station and bus stands, the couple went to the police in the morning to report their son missing.

Security footage from the apartment complex showed the teen, in jeans and a t-shirt, leaving around 10.30 pm with a bag. He was reportedly seen boarding a train but there was no footage after that.

The family says Naman was an introvert and was also being treated for depression. He had apparently been badly affected by a road crash a year ago, when a relative had died and his father had survived.

A promising student, Naman had been preparing for IIT entrance exams.