Pankaj Bandyopadhyay was elected the leader of the opposition, a post he had held till 2006. He retired from active politics in that year. 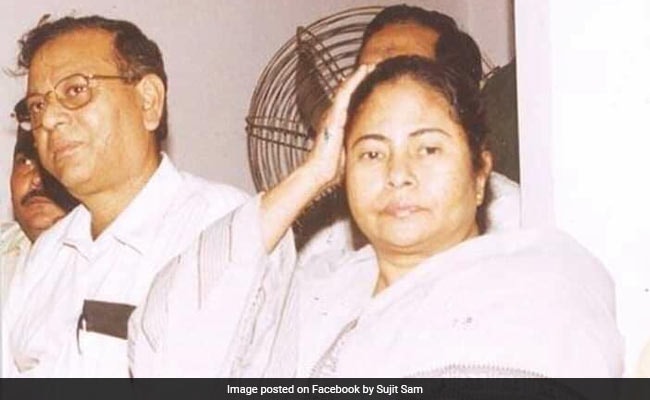 Pankaj Bandyopadhyay switched to TMC when it was formed in 1998 and was a close aide of Mamata Banerjee.

A founding member of the Trinamool Congress (TMC) Pankaj Bandyopadhyay died at a hospital in Kolkata today after a prolonged illness, family sources said.

Pankaj Bandyopadhyay, also former leader of the opposition in West Bengal assembly, was 72.

He is survived by his wife and a daughter.

"He was suffering from old age related ailments for quite sometime," a senior TMC leader said.

Pankaj Bandyopadhyay joined the Congress during late 1960s and became an MLA from Tollygunge constituency in 1972 and 1996.

He switched over to the TMC when it was formed in 1998. One of the closest aides of TMC supremo Mamata Banerjee, Pankaj Bandyopadhyay was elected from the same constituency in 2001.

He was the chairman of the party's policy-making body for several years since the inception of the TMC.

Pankaj Bandyopadhyay was elected the leader of the opposition, a post he had held till 2006.

However, he retired from active politics in that year.

"Saddened at the passing away of one of Trinamool's founder members, Pankaj (da) Banerjee. My condolences to his family and admirers," West Bengal Chief Minister Mamata Banerjee said in a tweet.

Several TMC leaders went to the hospital to pay their last respects.