Lawyers On Strike In Bengal, Want Justice After Police Crackdown

The army of lawyers, who met Governor Keshari Nath Tripathi, sought action against a senior IPS officer, who allegedly had ordered the police to beat Howrah Court advocates, last month. 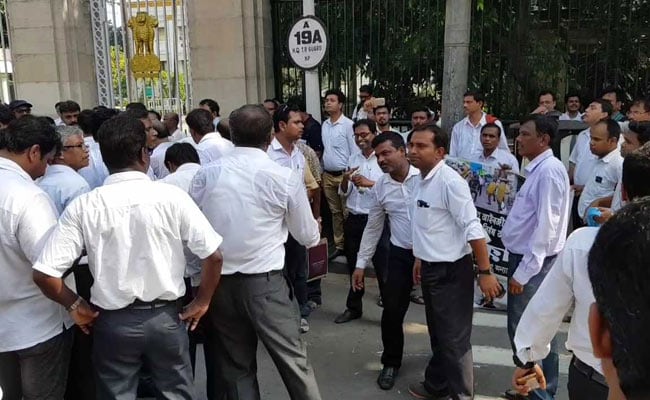 Around 200 lawyers gathered in front of Kolkata's Raj Bhawan on Tuesday afternoon demanding 'justice' from the state governor.

The army of lawyers, who met Governor Keshari Nath Tripathi, sought action against a senior IPS officer, who allegedly had ordered the police to beat Howrah Court advocates, last month.

Around 15,000 lawyers across 85 courts in West Bengal have also called for a strike over the alleged attack on them by the police.

Braving the scorching heat Srijit Some, a Howrah Court lawyer who was present at the protest said, "We are here because certain atrocities were committed. The matter is already sub judice by way of a suo-moto PIL before the honourable chief justice."

Thirteen days back a scuffle broke out between the Howrah Corporation authorities and the lawyers of Howrah court over vehicle parking, following which lawyers were "beaten by the police". 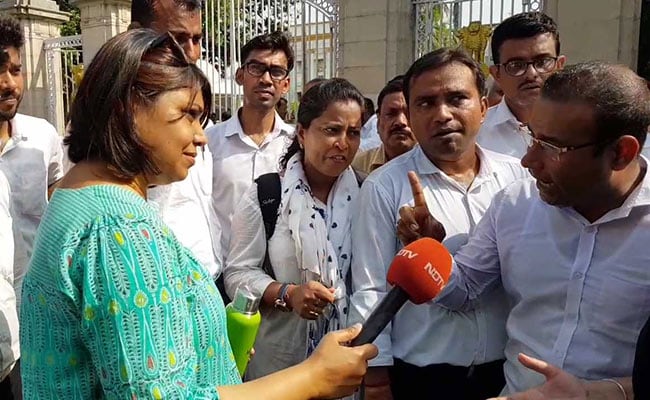 Legal work in Bengal has come to a complete standstill and the lawyers won't return to work till their demands are met.

A bar member at the Howrah Court, trying to park his bike in front of one of the Howrah Municipal Corporation gate was roughed up by the civic employees. The incident turned ugly after retaliation by lawyers.

In an attempt to control the situation, the local administration unleashed Bengal police and even rapid action force. The police enforced lathicharge inside the court premises and at least 10 lawyers were injured. Some reporters also took the blows.

The Howrah Civic body is run by an elected board of Trinamool Congress.

However, Howrah BJP candidate Rantidev Sengupta came out in support of the lawyers.

But contrary to it, the lawyers' claim, "We are only in black and white, no political party is backing us."

"The way we have been heckled and tortured is unprecedented. Since the 24th we are united, if we do not get justice, we shall continue our protest. The City Police of Howrah hatched a conspiracy with the Howrah corporation authorities," says Swati Bhattacharya.

Amid the ongoing protests, the bar association of West Bengal has asked the courts not to pass any adverse order.

The High Court has taken suo-motto cognizance of the fact that legal work in Bengal has come to a complete standstill and the lawyers won't return to work till their demands are met.