Swastika Dutta said when she refused to get off the cab, the Uber driver turned the car, took her to "his locality" and abused her. She said she was pulled out of the car. 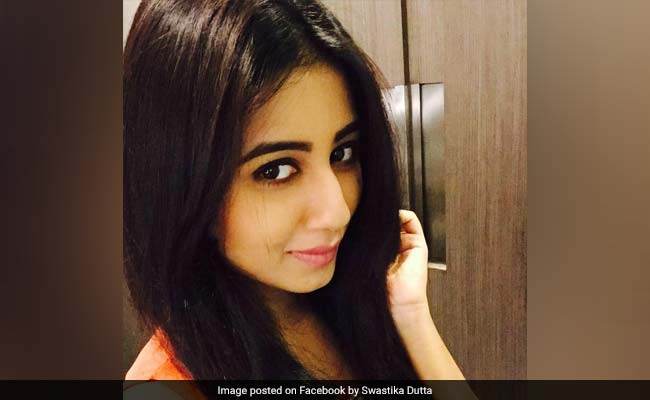 A Bengali television actor has alleged that she was "thrown out" of a cab and threatened by her Uber driver in Kolkata on Wednesday when she was going for a shoot. The driver has been arrested. Swastika Dutta, a popular actor in Bengali serials, has narrated her ordeal in a Facebook post and shared a photo of the driver.

Ms Dutta said she had booked the cab from her home on Wednesday morning to go to a studio in south Kolkata's Rania for a shoot. Sharing a screenshot of her booking, she said the driver cancelled her trip mid-way.

"This guy named Jamshed, after picking me up from my location suddenly in the middle of the road he cancelled the trip and asked me to get down from the car," Swastika Dutta wrote on Facebook and shared a photograph of the driver, his phone number and the number plate of the cab.

The actor said when she refused to get off the cab, the driver turned the car, took her to "his locality" and abused her. "He got down from the car, opened the door and literally pulled me out... when I lost my temper and started asking for help he threatened me and called other boys," she wrote.

The driver allegedly told Ms Dutta in Bengali, "Do what you want, let's see what you can do."

"Since I was getting late for my shooting and my unit was waiting for me I had to rush from the incident spot. Later, I spoke to my dad and whatever legal action is needed I shall pursue," Ms Dutta said.

The entire incident took place in a span of half an hour, between 8:15 and 8:45 in the morning. Swastika Dutta said the encounter took place in front of a restaurant near the busy EM bypass in Kolkata.

Replying to tweets, Kolkata Police said it is taking action.

@Iamswastika based on your complaint we are taking necessary action, be rest assured the culprit will not be spared.

Last month, Ushoshi Sengupta, a former Miss India, was chased and harassed by a gang of bikers twice when she was returning home from work in an Uber cab. She has narrated the episode in a Facebook post and shared a video she recorded on her mobile phone.