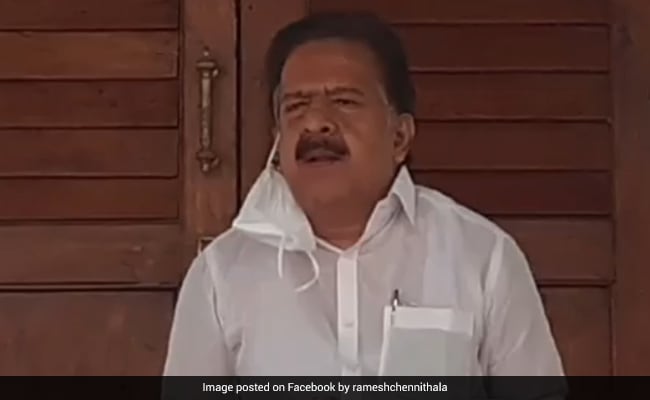 The leader of opposition in the Kerala assembly, Ramesh Chennithala, has apologised for his controversial comments on a rape accused in the state. When asked about the alleged political affiliation of a health official who has been accused of rape, Mr Chennithala shot back at reporters, "Is it written somewhere that only DYFI (CPM youth wing) workers can sexually abuse women? It's all lies that the accused belongs to the Congress party."

At a press conference on Tuesday, a journalist had asked, "The accused health inspector is a member of a pro-Congress association. An active member. If all Congress people started assaulting like this, how can women live?"

The junior health inspector was arrested for allegedly raping a woman who had come to him for a COVID-19 negative certificate.

In a post on Facebook, Mr Chennithala said, "Even though my words were misinterpreted out of context, I would like to make sure that it should not cause even the slightest difficulty in the minds of women."

"After listening again to my answer to the question in yesterday's press conference, it has occurred to me that I said something without the slightest intention to do so. I have worked all these years with the political conviction that such a statement should not come from me. Nevertheless, I withdraw my words and express my sincerest apology," Mr Chennithala said.

His comments at the press conference on Tuesday drew severe criticism.

Kerala Health Minister KK Shailaja and the state women's commission asked Mr Chennithala to withdraw his remarks and had demanded an apology from him.

According to the police, the health inspector asked the woman to come to his house to take her COVID-19 certificate on September 3, after which he committed the crime.