New Controversy And A Message From Delhi For Karnataka Chief Minister

Karnataka Chief Minister Siddaramaiah has found himself in the middle of a new controversy over his son Yathindra's job.

Bengaluru: The Congress has sent a strong hint to K Siddaramaiah, its chief minister in Karnataka, that his son should quit as director of a company that has won a government contract. The Opposition alleges the company has been favoured because of the VIP connection.

Mr Siddaramaiah and his son, Yathindra, say the private diagnostic company, Matrix Imaging Solutions, won the government hospital's contract for diagnostic labs as it was the lowest bidder. The company is owned by a friend of Mr Yathindra, who is a pathologist.

"I do not feel there was any illegality in the process. The tender was granted on merit. Ours was the lowest bid," Mr Yathindra told NDTV, also adding, "I do not participate in the tender process. As a pathologist, I manage the path lab. I never asked my father to put any pressure on hospital authorities." 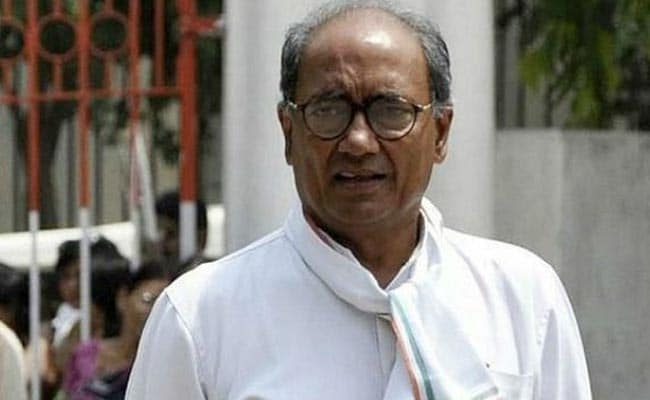 Digvijaya Singh said that he has asked Yathindra to quit the company at "a personal level". (File Photo)

Congress general secretary Digvijaya Singh, who has charge of Karnataka, said there was no illegality and that "the process was absolutely transparent and open to scrutiny." But the senior leader also said in words that carry weight, that "at a personal level" he has asked Mr Yathindra to quit the company.

Mr Yathindra said he has not quit the company yet but is considering doing so. "If it affects my father I will step down. I also do not want the company to suffer because of me," he said.

But he rejects the Opposition's charge that he has violated a code of conduct for ministers that disallows their family members to be connected with government contracts. He says that the rule only applies to spouses, minor children and relatives wholly dependent on the minster.

"What allegations? He is a doctor by profession. His friend has a company in which he is one of the directors. They have participated in the tender and their's is the lowest bid. It is service to the people. There is no money involved from the government. It is totally transparent," said Chief Minister Siddharamaiah, who was at the centre of another controversy recently over a Rs 70 lakh watch he was seen wearing.

The chief minister was forced to explain that the watch was a gift from a friend.