The instructor was rescued by fishermen and lifeguards after the two fell into the sea. 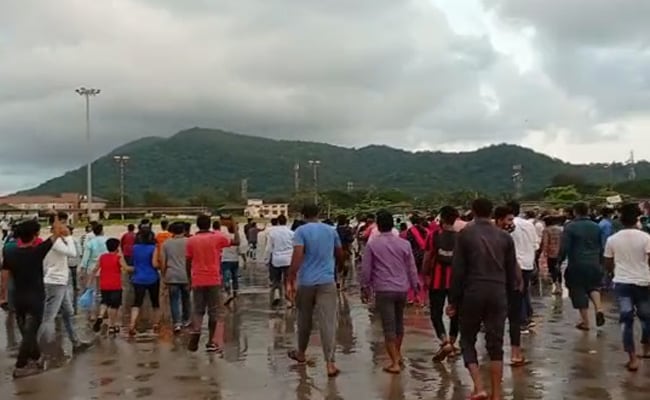 Madhusudhan Reddy, 56, was a native of Andhra Pradesh.

A Navy official has died in an accident involving a paraglider he was flying at Karwar, 500 km from Bengaluru in Karnataka, the police said.

The navy officer and his instructor were flying off the Rabindranath Tagore beach when the paraglider developed a snag and fell into the sea, official sources said.

Madhusudhan Reddy, 56, was a native of Andhra Pradesh. He was posted at the naval base in Karwar. He was visiting the beach with family and friends.

The instructor was rescued by fishermen and lifeguards after the two fell into the sea.

However, Mr Reddy got entangled in the paraglider ropes and got dragged into the deep, the officials said.

The lifeguards and fishermen managed to pull him out of the waters and shifted him to hospital where he was declared brought dead, they said.

A case has been registered and investigation has started, they added.