BSP leader N Mahesh apologised for using the mobile phone during the session and said that he was simply looking for alliances for his son. 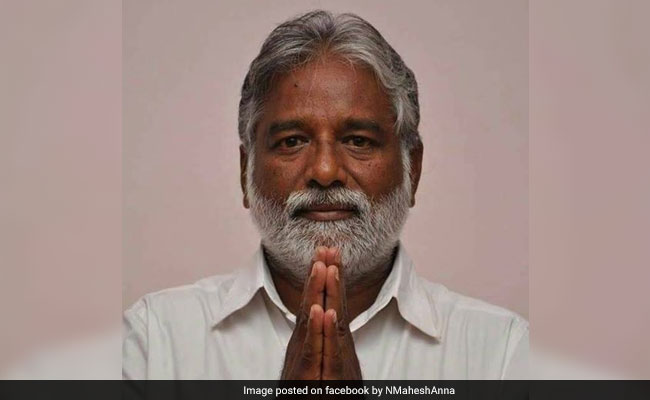 I took the phone inside the Assembly, it was a mistake, said BSP leader N Mahesh.

N Mahesh, a Bahujan Samaj Party (BSP) lawmaker in Karnataka, is in trouble after a video of him looking at the pictures of women inside the Karnataka assembly on Monday was circulated online and also shown on the news channels.

Bombarded with questions, Mr Mahesh apologised for using his mobile phone in the house. Then he came up with what he believed was a perfectly plausible explanation for swiping through photos of women - he said he was looking for a good match for his son.

"Yes, I took the phone inside. It was a mistake. I will never do it again," Mr Mahesh was quoted as saying by news agency ANI.

He questioned the "sensational" journalism that followed the incident.

"What kind of journalism is this that you are sensationalising everything? As a father, I was looking for alliances for my son. That is all," said Mr Mahesh.