"Business Is Dull... People Are Confused": A Muted Deepavali In Bengaluru

2020, though, with the impact of Covid and concern over air pollution and quality, has been a little different and much of that usual buzz and merrymaking is missing 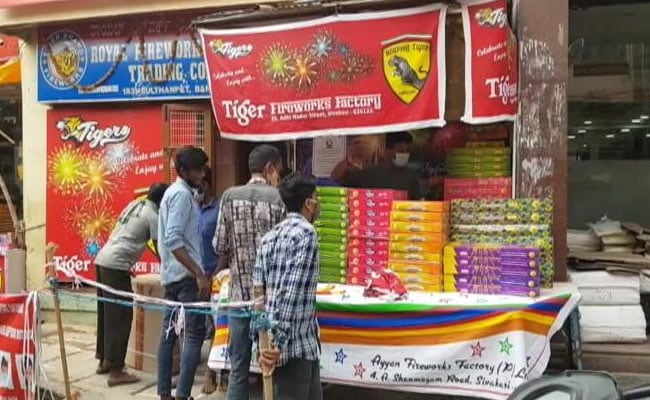 India celebrated Deepavali, or Diwali, also called the festival of lights, on November 14

Every year, in the days leading up to Deepavali, crowds of happy shoppers fill stores across Bengaluru and, as calls of season's greetings ring out, they go on the hunt for festive deals, last-minute gifts for friends and family, and, of course, firecrackers.

2020, though, with the impact of the coronavirus and rising concern over air pollution and quality, has been a little different and much of that usual buzz and merrymaking is missing.

"Business is very dull. There are hardly any customers here... because they are confused about what to do... what to buy, what not to buy. How to find out if it is a "green" firecracker," Paranjyoti, the president of the Karnataka Fireworks Dealers Association, told NDTV.

"Compared to last year sales are affected by up to 80 per cent," Paranjyoti added.

The state government has issued an advisory to this effect, asking people to look for the distinctive green logo that distinguishes "eco-friendly" firecrackers - products that have been promoted, by both centre and states, as an alternative to the regular noxious-smoke-producing ones.

However, possibly a little too much faith is being placed in the "green" versions, with medical experts suggesting that even these are likely to be unhealthy - particularly with an infectious virus that targets the respiratory system running rampant across the country.

A study by the Awaaz Foundation in Mumbai found that "green" crackers contained chemicals like barium nitrate, which was banned by the Supreme Court in 2018 for its poisonous nature.

However, the Covid pandemic - which has infected nearly 8.6 lakh people in Karnataka (and 87.7 lakh in India) - and the way the virus targets the lungs - has made people more aware of air quality.

"From the point of view of the health of the country, it is better to use face masks and practice social distancing. More than fireworks, it would be better to use lamps," Jaisimha, a resident of Bengaluru, said.

Meanwhile, shop owners eager for business during the festive season, have been asking customers to observe Covid precautions. Sandeep, the owner of a dry fruits store, told NDTV: "We are asking people to wear a mask and to keep social distancing."

The on-ground reality, though, is that social distancing and the use of face masks are definitely not being followed by everybody, and this could potentially be bad news.

Karnataka's Covid numbers have been going down and the hope is that the festival season does not cause a surge in cases, as was witnessed in Delhi and, before that, in Kerala.

With Covid Caution, Karnataka Colleges Gear Up For Reopening