On Sunday, 75 orphan girls from different parts of the state were awarded Madhukarrao Tamgadge Memorial scholarships at a function in Nagpur. 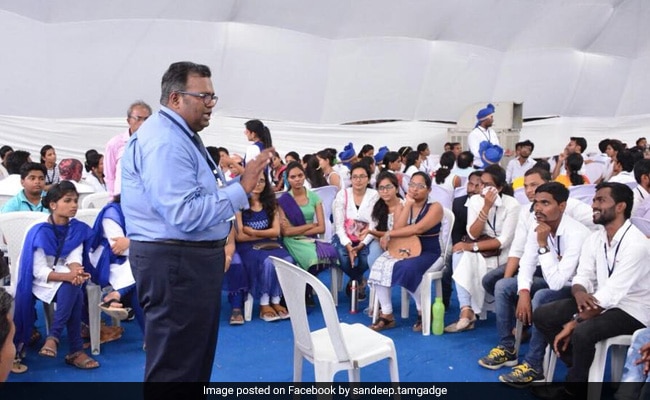 An Indian Police Service officer's education initiative for the underprivileged in the backward Vidarbha region of Maharashtra is helping hundreds of youth to crack exams and get jobs in government departments. Additional Director General of Police Sandeep Tamgadge, posted in Nagaland, runs 47 "abhyasikas" or free study centres in Vidarbha in the memory of his father Madhukarrao Tamgadge.

Some 5,500 students are preparing for competitive exams at these centres currently, with over 650 having joined railways, banks and other public sector units, as well as cleared UPSC and MPSC exams, over the past four years.

On Sunday, 75 orphan girls from different parts of the state were awarded Madhukarrao Tamgadge Memorial scholarships at a function here.

"If daughters study, then the foundation of society becomes strong. Our efforts are a small step towards ensuring more and more children get education," he said.

Mr Tamgadge, while on deputation with the Central Bureau of Investigation, probed the Sohrabuddin Shaikh and Tulsiram Prajapati fake encounter cases.