Atul Kochhar told a newspaper that he was "deeply upset" with the hotel's decision but accepted it with "great pain". 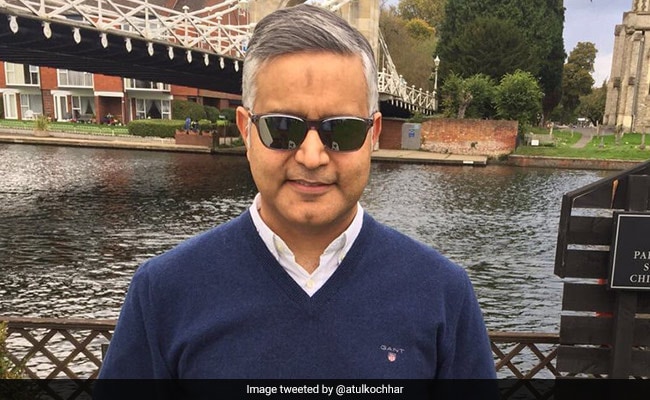 New Delhi: Atul Kochhar, the Indian-origin celebrity chef of a famous Dubai hotel has been sacked after a furore over his anti-Islam tweet on June 10.

Mr Kochhar, 48, the second Indian to receive a Michelin star, is well known for his Rang Mahal restaurant at the JW Marriott Marquis Hotel, Dubai. The decision from the hotel came soon after outraged Twitter users demanded his removal.

Mr Kochhar had caused an outrage after taking a swipe at actress Priyanka Chopra over an episode of American TV show Quantico that had purportedly portrayed Hindus as terrorists.

"It's sad to see that you have not respected the sentiments of Hindus who have been terrorised by Islam over 2,000 years. Shame on you (sic)," Mr Kochhar had tweeted. The controversial tweet was removed soon after and the chef had also posted an apology for the "major error":

There is no justification for my tweet, a major error made in the heat of the moment on Sunday. I fully recognise my inaccuracies that Islam was founded around 1,400 years ago and I sincerely apologise. I am not Islamophobic, I deeply regret my comments that have offended many.

"Following the recent comments made by Chef Atul Kochhar, we have taken the decision to end our agreement with him for Rang Mahal. With the termination of our agreement, Chef Atul will no longer be associated with the restaurant," Bill Keffer, general manager of the hotel, was quoted as saying by Gulf News.

Promoted
Listen to the latest songs, only on JioSaavn.com
Atul Kochhar told a newspaper that he was "deeply upset" with the hotel's decision but accepted it with "great pain". He also hoped his friends and well-wishers will forgive him. The "Islamophobic" tweet had drawn various reactions from Twitterati. Some called for his sacking while others called for boycott of the restaurant.

Mr Kochhar, in another apology tweet made in wee hours today, wrote:

This could neither salvage the situation and nor did it calm Twitter users down. The JW Marriott hotel had distanced itself from his tweet and said they did not share the same views as Atul Kochhar. Following pressure from people, they finally decided to cut ties with the chef. According to the hotel, the restaurant will continue to operate without the chef's affiliation.