Reports quoted Arshad Vohra's relatives as saying that during the incident he was filling in for a family member, who worked at the gas station. 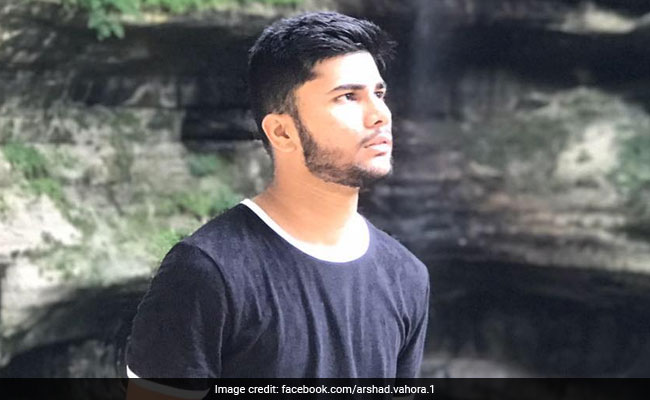 Authorities have announced $ 12,000 reward for any information on the accused

Chicago: A 19-year-old Indian-origin student was shot dead on Thursday during a robbery attempt in the US state of Illinois.

Arshad Vahora, a native of Gujarat's Nadiad, was shot dead after robbers struck a gas station in Doloton, a village about 30 kilometres from the city of Chicago, CBS reported.

Reports quoted Mr Vahora's relatives as saying that during the incident he was filling in for a family member, who worked at the gas station. A 55-year-old relative of Mr Vahora, who also worked there, was injured in the incident. He was said to be critical and admitted at the Christ Medical Center in Oak Lawn.

The shooting happened at around 11 am (local time) on Thursday at the Clark gas station in Dolton. Chicago Sun Times reported that the gas station is family-owned and operated. Reports said that investigators are now looking for video footage of the shooting.

Soon after the incident, the robbers fled the spot. Reports said that no one has been arrested in connection with the incident.

Authorities have announced $ 12,000 reward for any information on the accused.

The shooting comes amid growing attacks on Indians and Americans of Indian descent in recent months.

On December 15, Karunakar Karengle was killed during a robbery by two hooded attackers in Ohio.

Earlier this month, a 30-year-old Indian national pursuing his masters in Chicago has been seriously injured after he was shot in his right cheek by an unidentified assailant.

Srinivas Kuchibhotla, a software engineer from India, was fatally shot in Olathe, Kansas, in February by a US navy veteran who had told him and his friend at a bar to go back to their country.

Weeks later, a Sikh man was shot in his arm in his driveway in Kent, Washington state, by a masked man who had told him go back to his "own country".

Promoted
Listen to the latest songs, only on JioSaavn.com
There were 58,491 incidents of gun violence across the country in 2017 in which 14,763 people were killed and 29,888 others injured, according to Gun Violence Archive (GVA), a not for profit corporation providing public access to gun-related violence.