Professor Yogesh Soman was sent on leave after a video of him criticizing Rahul Gandhi for his comments on VD Savarkar went viral. 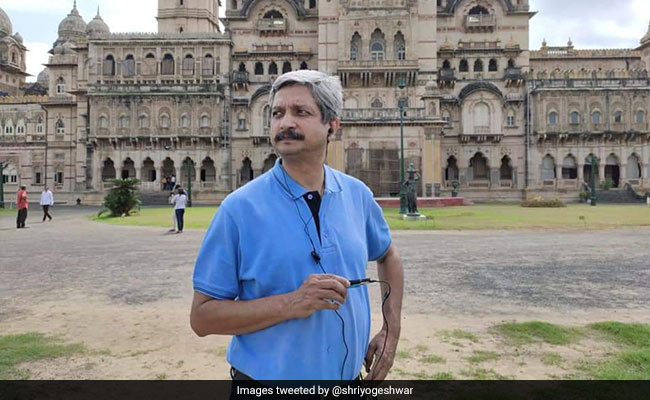 Professor Yogesh Soman had attacked Rahul Gandhi for his comments on VD Savarkar.

A Mumbai University Professor, seen criticising Rahul Gandhi in a widely-shared video, has been sent on leave in a move that critics say smacks of hypocrisy by the Congress, which is part of Maharashtra ruling coalition.

Professor Yogesh Soman, the Director of Mumbai University's Academy of Theatre Arts, has been sent on leave because of complaints from students, claim university authorities. However, many believe the reason behind the action is his comments attacking Rahul Gandhi.

"Professor Yogesh Soman has given an offensive statement against Rahul Gandhi. A professor's work is to teach children, not to give statements like these. He has been sent on leave for now but soon action will be taken," Maharashtra Home Minister Anil Deshmukh told news agency ANI.

University officials say even before Professor Soman made the comments, at least 73 students had been protesting against him. Now some 39 students have come out in support of the professor, making it a Congress versus BJP row. The students who complained against the professor say their stand has nothing to do with politics.

"He has a degree in Political Science, Marathi and Journalism. Where is his master's degree in Theatre Arts," one of the students who complained against the professor told NDTV.

"Our classes haven't been held properly. One faculty member who has a PhD in Folk Arts is teaching lighting. That is wrong," alleged another student.

"Our problems are with the education provided, classes and syllabus. The viral video happened much after our complaint against him," the student added.

A video of the professor criticising Rahul Gandhi for his comments on VD Savarkar had gone viral. Several other videos, including one of him repeatedly smacking an object while defending the RSS (BJP's ideological mentor Rashtriya Swayamsevak Sangh), were also widely circulated.

In one of the videos, Professor Soman is heard saying, "You are no Savarkar. The truth is you are not even a real Gandhi. You don't have the qualities of Gandhi in you. I protest against your 'pappugiri'." This was in reference to Rahul Gandhi saying at a Delhi rally: "My name is not Rahul Savarkar. My name is Rahul Gandhi. I will never apologise for truth."

Students point out that there was a complaint against the professor on November 25 but this video was made on December 14.

The BJP is says the move against the professor is an assault on freedom of expression.

"He has faced this action for speaking up for Savarkar even while a Shiv Sena Chief Minister leads the state. This is a worry," Union Minister for Environment and Forests Prakash Javadekar said on Thursday.

Maharashtra Congress Spokesperson Sachin Sawant said: "The professor is working on the directions of the RSS and the BJP is spreading its ideology by appointing people like him."

Online, the move has been slammed by many, with the Congress being called out for double standards.

Where Sanjay Raut sir doesn't have freedom of expression, how can we expect Yogesh Soman to have it?

Senior professor Yogesh Soman, Director of Academy of Theater Arts in Mumbai has been sent on obligatory leave for criticizing Rahul Gandhi's remark against Veer Savarkar
Where are champions of free speech ? They can abuse PM but nobody can criticize RajKumar of Congress party.

While the political controversy plays out, an inquiry has been set up against the professor.