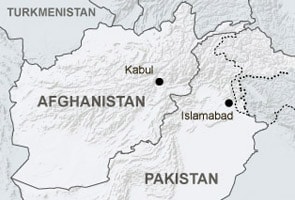 New Delhi: India has used the WikiLeaks scandal to repeat a long-standing demand: that Pakistan stop allowing terrorists and terror operations to use it as a base.

The Ministry of External Affairs said, "We have seen media reports about classified information, supposedly from US government sources, put out in public domain, on support to terrorism by ISI-Pakistan's military intelligence agency. Sponsorship of terrorism, as an instrument of policy, is wholly condemnable and must cease forthwith. The utilization of territory under Pakistan's control to provide sanctuaries for recruiting and sustaining terrorist groups, and to direct terrorist activity against neighbors, must stop if our region is to attain its full potential for peaceful development."

On Monday, a website named WikiLeaks placed online 90,000 US military documents - most of them ground reports from US army personnel - that have embarrassed both Pakistan and America. The classified information reveals that even as it poses as an ally, Pakistan's ISI is working with the Taliban in Afghanistan, fuelling and funding its war against the US. Some documents reveal that the ISI was linked to a plot to assassinate Afghan President Hamid Karzai. (Read:Leaks provide ground-level account of Afghan war)

Promoted
Listen to the latest songs, only on JioSaavn.com
A section of the documents on WikiLeaks also show that the ISI wanted the Taliban to target Indian doctors and engineers posted in Kabul and other parts of Afghanistan. Another report on WikiLeaks shows that Polish intelligence officials warned in July 2008 that the Taliban would attack the Indian embassy in Kabul using a stolen car. A week later, a car loaded with explosives rammed into the Indian embassy. Fifty eight people were killed and another 140 injured. America has said today that the Governments of India, Afghanistan and Pakistan were also informed about the upcoming documents. (Read: Indian Embassy attack in Kabul: Details revealed in WikiLeaks)