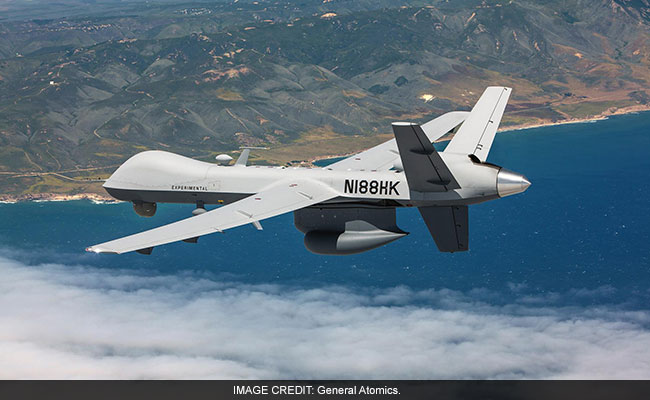 Donald Trump's election as America's next President is unlikely to affect talks between the US and India for the sale of state-of-the-art Predator drones for the Indian armed forces.

NDTV has learned that, for the moment, the visit of the outgoing US Secretary of Defence Ashton Carter to India in December remains unchanged.

During Mr Carter's visit, the two sides are expected to discuss the sale of 22 unarmed Predator B Guardian drones for maritime surveillance and possibly 100 armed Predator C Avengers for the Indian Air Force.

Dates for Secretary Carter's visit are expected to be finalised over the next few days. Defence Minister Manohar Parrikar had met him in the US in August this year, when talks on India acquiring the sensitive Predator systems were taken forward.

Progress in talks has largely been made possible by India joining the Missile Technology Control Regime (MTCR) in June and being declared a "major defence partner" of the US.

Secretary Carter's likely visit to India post the elections - Mr Trump will take oath in January - is unprecedented and shows how the outgoing Barack Obama administration wants to solidify the gains made in Indo-US defence ties, sources told NDTV.  At the same time, there is broad bipartisan support in the US Congress for the Predator sale, they said.

The Indian Air Force has for years said it needs armed drones - weapon systems that have come into sharp focus after the Uri terror attack when the Indian Army took significant risks in deploying para-commandos across the Line of Control (LoC) to take out terrorist launch pads.

The government has cleared a request by the Air Force to acquire 10 Heron TPs at an estimated cost of Rs 2,620 crore from Israel. These can be fitted with weapons to engage targets on the ground such as terrorist camps.

Armed with Hellfire anti-armour missiles, which can strike targets eight kilometres away, the Predator C Avenger has the ability to detect targets across the LoC and hit them while flying well within Indian airspace.

Promoted
Listen to the latest songs, only on JioSaavn.com
Attack variants of the Predator have been used widely by US forces deployed in Afghanistan, Pakistan, Syria and Iraq in fighting terrorist forces, often through precision strikes. An extended range version of the Predator Avenger featuring a 76 foot wingspan can fly for up to 20 hours at an altitude of 50,000 feet. 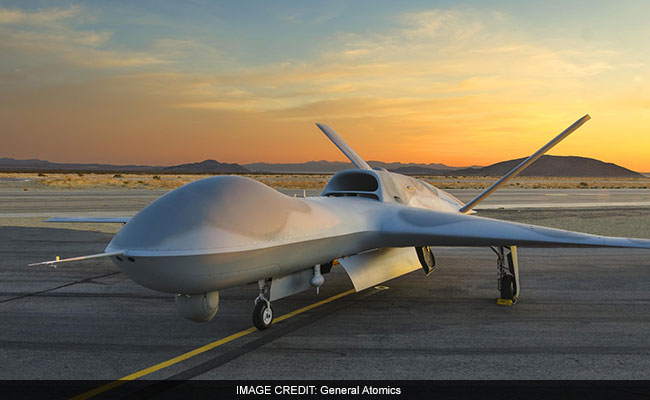 Those watching the progress of talks between India and the United States on the Predator systems point out that while the armed version of the Predator is a priority, talks are at a more advanced stage for the Indian Navy's requirement for the maritime Predator `B' Guardian. The Guardian carries an electro-optical night vision system and multi-mode maritime surveillance radar. 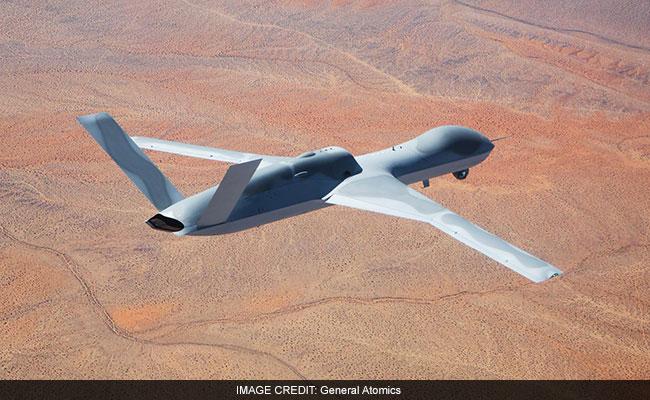 Predators have been used widely by US forces deployed in Afghanistan, Pakistan, Syria and Iraq

Capable of flying up to 27 hours nonstop , the Guardian can cover vast stretches along India's coast line sharing crucial intelligence data with ground or ship based operators or the Indian Navy's new Boeing P-8 I maritime reconnaissance aircraft which are equipped with torpedoes and Harpoon anti-ship missiles.

China recently unveiled its new CH-5 (Rainbow 5) armed drones described by some as the world's most advanced. The CH-5 has also been cleared for export to friendly countries such as Pakistan, which is already working closely with China on its UAV programmes. 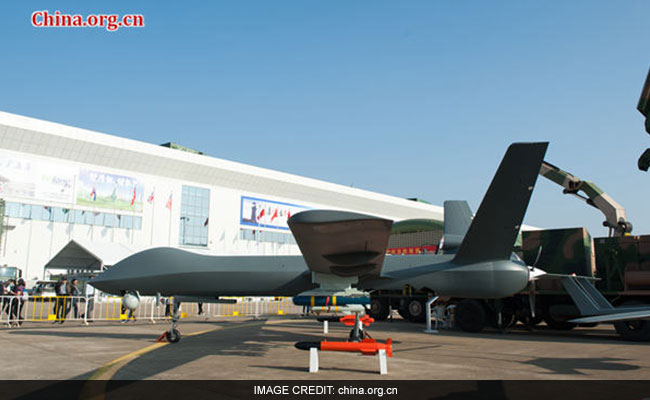 In an interview to www.china.org.cn, a mouthpiece for the Chinese government, Shi Wen, the chief designer of the drone has said the CH-5 can remain airborne for up to 32 hours when carrying 8 AR-1 air-to-ground missiles. "Hovering above a hostile region for that long time creates enough deterrence. You can just imagine a drone carrying eight missiles and watching you from above non-stop for 24 hours," said Shi.