Uttarakhand News: State disaster management personnel pulled out a pregnant woman caught in a landslide on the Gangotri National Highway in Uttarkashi. 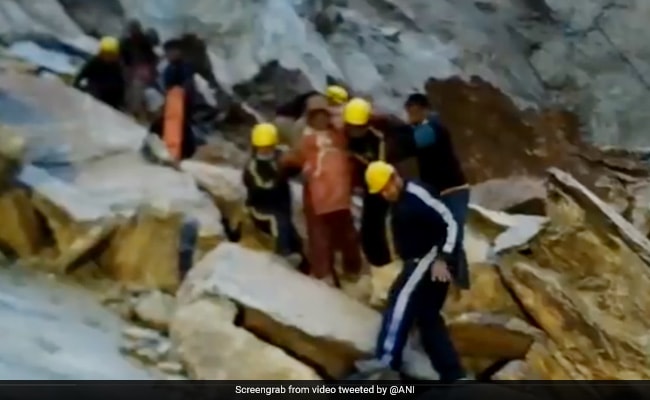 A team of rescue personnel pulled out a pregnant woman caught in a landslide on the Gangotri National Highway in Uttarkashi on Monday. Personnel from the state disaster management department rescued the woman stranded behind huge boulders that rolled down the mountain slope near Sunagar in Uttarkashi district. A massive landslide, due to incessant rainfall, blocked the key road link. The woman was later admitted to a local hospital.

#WATCH A team of the State Disaster Response Force rescued a pregnant woman who was stranded on the Gangotri National Highway after a landslide occurred near Sunagar, yesterday. The woman was admitted to a local hospital. #Uttarakhandpic.twitter.com/84Xo14f1S1

The landslide took place early on Saturday morning. Huge boulders and a large amount of debris fell on the highway. Officials of the Border Road Organization (BRO) reached the spot to clear the debris and re-open the highway.

"The BRO has engaged two wheel-dozers, a compressor, a tipper, and twenty labourers for the restoration of the route," Devendra Patwal, district disaster management officer was quoted by news agency ANI as saying. "Intermittent landslides are slowing down the restoration work," Mr Patwal added.