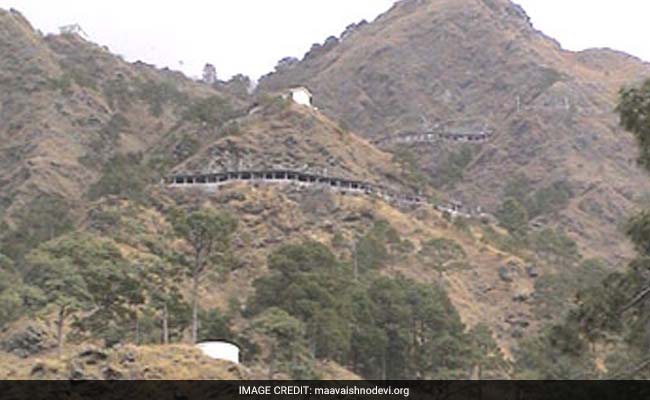 The Shrine Board authorities would allow the pilgrimage after the weather improves.

Jammu: The Vaishno devi pilgrimage was today suspended following landslides triggered by heavy rain in Jammu and Kashmir, even as a 10-year-old boy injured yesterday succumbed to injuries, taking the toll in the mishaps due to inclement weather to five.

"The pilgrimage to the cave shrine of Vaishno devi was suspended after a landslide triggered by the ongoing rainfall hit Ban Ganga area situated on the tracks of the shrine," Additional SP, Reasi, Sanjay Rana said.

He said the police and the Shrine Board authorities were monitoring the situation and would allow the pilgrimage after the weather improves.

"We are waiting for the rains to stop. The decision to allow the Yatra to proceed will be taken only after the weather improves," Rana said.

Meanwhile a boy, who was injured on the track of the cave shrine after he was hit by a falling object, breathed his last yesterday.

"A boy identified as Abey (10) who was injured after he was hit by a falling object succumbed to his injuries in the hospital last evening," the Additional SP said.

Four persons including three pilgrims were killed and nine injured yesterday in a landslide triggered by heavy rains enroute to the cave shrine of Mata Vaishno devi in Reasi district.

The toll of those killed in the mishaps due to harsh weather has risen to five, police said.

The landslide occurred on Banganga-Ardhkuwari road around midnight and the debris fell on a shelter where the pilgrims were sitting, Chief Executive Officer (CEO) of Shri Mata Vaishnodevi Shrine Board (SMVDSB) Ajeet Sahu had said.

The other deceased were identified as 29-year-old Shashidhar Kumar of Banglore, 30-year-old Bindu Sahni and her 5-year-old son Vishal from Chhattisgarh, besides 32-year-old Sadik of Reasi who was a 'ponywalla', he said.
Comments
Vaishno deviShrine BoardReasi districtShri Mata Vaishnodevi Shrine Board