Fox News anchor Tucker Carlson made the comments during a show last Thursday, which went viral on social media. 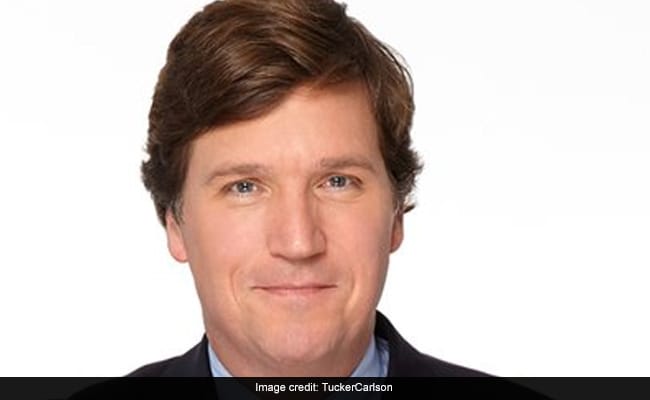 Tucker Carlson praised the virtues of the British colonialism in India.

A news anchor from the United States, who praised the virtues of the British colonialism in India and claimed that that country prospered during the British rule, has left Congress leader Shashi Tharoor and many Twitter users fuming, according to a report in Independent. Tucker Carlson, Fox News anchor also falsely claimed that India did not create any architectural marvels before the onset of the British colonial era. His comments have been condemned as "racist" and "supremely uninformed" by several users, including tennis star Martina Navratilova.

The anchor was speaking on "Tucker Carlson Tonight" show last Thursday where he went on a long rant claiming that the British empire was "more than just genocide".

"Strong countries dominate weak countries. This trend hasn't changed. At least the English took their colonial responsibility seriously. They didn't just take things, they added. We (the United States) left Afghanistan, we left airstrips, weapons and guns. When the British pulled out of India, they left behind an entire civilization, a language, a legal system, schools, churches and public buildings, all of which are still in use today," said Mr Carlson in a clip that has gone viral on Twitter.

He then referred to Mumbai's Victoria Terminus station that was renamed in 2016 as the Chhatrapati Shivaji Maharaj Terminus and said, "And after 75 years of independence, has that country produced a single building as beautiful as the Bombay train station that the British colonials built?"

The comments sparked a debate on Twitter, in which Congress leader Shashi Tharoor joined in.

"I think Twitter ought to have an option for something to press when you can't respond without losing your cool. For now I will content myself with," Mr Tharoor tweeted, adding two angry-face emojis in response.

I think @twitter ought to have an option for something to press when you can't respond without losing your cool. For now I will content myself with😡 🤬 https://t.co/6tWpUuSuMR

Ms Navratilova also slammed Mr Carlson's comments, saying on Twitter, "Hey @TuckerCarlson - your utter ignorance of history is quite staggering. I suggest you read the book "Inglorious Empire" by Shashi Tharoor and then try again. Your racism is off the charts and your stupidity on this particular issue is of Olympic proportions!!!"

The Fox News anchor has so far not responded to the criticism.