Cabinet Reshuffle: Prakash Javadekar's resignation as Environment Minister is a big surprise because he was the government's spokesperson.

Ravi Shankar Prasad was Law & Electronics and IT Minister and Prakash Javadekar was Environment Minister.

Ravi Shankar Prasad and Prakash Javadekar resigned today, adding to the list of high-profile casualties of Prime Minister Narendra Modi's cabinet reshuffle at a time the government has been fighting criticism over its handling of Covid, the economic turmoil and its feud with foreign social media giants.

Ravi Shankar Prasad was Minister for Law and Electronics and IT and had lately been locked in a bitter row with Twitter over new IT rules. Last month, he was even briefly locked out of his Twitter account.

Environment Minister Prakash Javadekar's resignation is also a big surprise because he was the government's spokesperson and had for years shaped the narrative to be presented to the media. 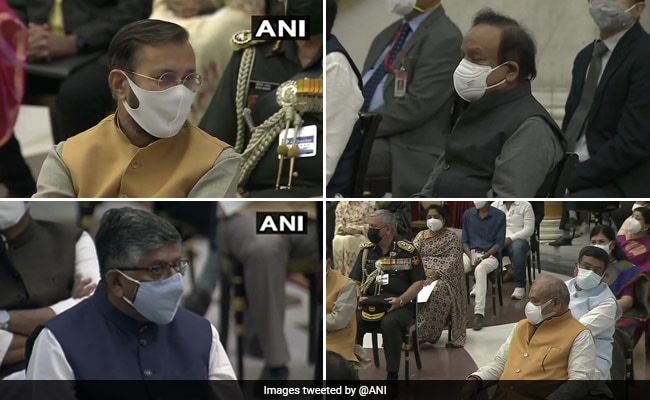 Earlier today, Health Minister Harsh Vardhan also quit, along with his deputy Ashwani Chaube. The resignations were viewed as an admission of the government's mishandling of the Covid crisis. Sources close to Dr Harsh Vardhan said he had paid the political price for the government's struggles to cope with the deadly second surge of infections.

Thirty-six new ministers are joining the government and seven have been promoted.

There are unlikely to be any changes to the Big Four -- Finance, Foreign Affairs, Home and Defence.

Before announcing his first cabinet reshuffle since winning a second term in 2019, PM Modi consulted top BJP leaders and also carried out a detailed performance review of ministries.