Dr L Murugan's elderly mother continues to clear weeds in the fields along with other labourers while his father takes out the sheep for grazing.

Dr L Murugan was appointed as a Union Minister of State when Prime Minister Narendra Modi overhauled and expanded his Cabinet earlier this month. But his dramatic rise up the political ladder has had no effect on his parents who live in Konur village - 15 km from Namakkal town in Tamil Nadu.

His elderly mother Varudammal continues to clear weeds in the fields along with other labourers while his father Loganatham takes out the sheep for grazing. They have no plans of travelling to Delhi and are happy to work and earn their livelihood.

Along a narrow street, the couple's humble house stands out with a BJP flag fluttering on a pole on the roof.

Dr Murugan had studied in the village school and later shifted to the district's Paramathi town for higher studies before moving to Chennai to pursue a degree in law. 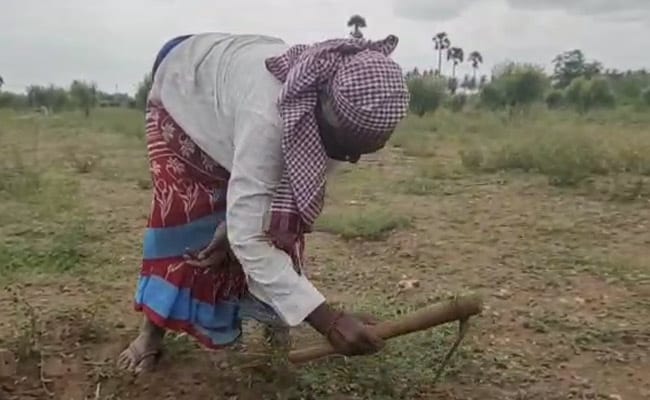 Union minister Dr L Murugan mother Varudammal continues to clear weeds in the fields while his father Loganatham takes out the sheep for grazing.

"We are proud that we farm. We made him a minister through farming. We should not leave it. So I keep working," Mr Loganatham told NDTV.

Their minister son is yet to visit them since his elevation. The last time he came home was when he was made the state president of the BJP. His father had visited him in Chennai recently.

"He left for Delhi before I could greet him for becoming a minister. I visited him and returned to look after my work. I will see him when he comes back," Mr Loganathan added.

"I spoke to my son and daughter-in-law on the phone. They told me they are doing well. They give us money for our expenses and take good care of us. We are happy and have no problems," Varudammal told NDTV. 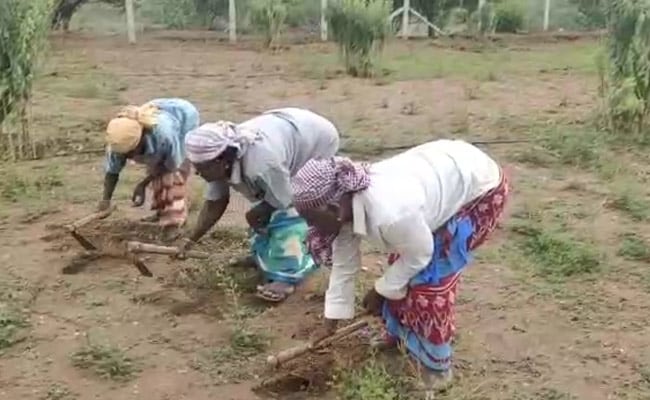 Dr L Murugan's elderly mother pictured working in the fields along with other labourers.

Dr L Murugan practised as a lawyer for over 15 years. He has served as the vice-chairperson of the National Commission for Scheduled Castes.

He was made the state BJP chief after his predecessor Dr Tamilisai Soundararajan was appointed as the Governor of Telangana.

Although Dr L Murugan lost the recently concluded Assembly elections in the state, he was hand-picked by Prime Minister Narendra Modi to be a Union Minister of State in the Ministry of Fisheries, Animal Husbandry and Dairying and the Ministry of Information and Broadcasting.