Two BJD Candidates, One From BJP Elected To Rajya Sabha From Odisha 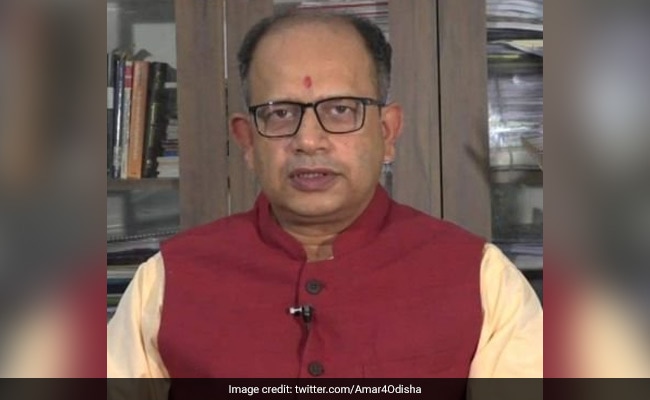 Amar Patnaik is the BJD's IT cell chairman

Two BJD candidates and a BJP nominee supported by the regional party were Friday elected unopposed to the Rajya Sabha from Odisha in the by-elections held here for three vacant seats in the state.

The BJD had suppported Ashwini Vaishnav.

"The three candidates have been elected to the Rajya Sabha uncontested," Mr Mishra told reporters.

He handed over certificates of election to three candidates after their election.

The by-polls were conducted to the three vacant seats after BJD's Achyuta Samanta, Pratap Keshari Deb and Soumya Ranjan Patnaik resigned from the Rajya Sabha following their election to the Lok Sabha and the state assembly.

Amar Patnaik is BJD's IT cell chairman and spokesperson while Sasmit Patra too is a spokesperson of the regional party.

Amar Patnaik and Ashwini Vaishnav have been elected in place of Achyuta Samanta and SR Patnaik respectively. Both of them will be Rajya Sabha members for five years till 2024.

Ashwini Vaishnav had joined politics only after his candidature was announced by the party.

Apart from being an ex-IAS officer of the Odisha cadre, he had also served as the private secretary to former prime minister Atal Bihari Vajpayee.

His candidature had become controversial after the ruling BJD extended its support to him as a BJP nominee.

Opposition Congress has also accused Ashwini Vaishnav of having links with illegal mining activities and the DQ (discretionary quota) scam in Odisha.

Congress leader Narasingha Mishra has demanded a clarification from Chief Minister Naveen Patnaik on whether the state vigilance wing has exonerated Ashwini Vaishnav from the DQ scam.

Amar Patnaik after his election said, "I will raise issues like making natural calamity a criteria for according special category status to Odisha and neglect towards the state in the railway sector".

Mr Patra said he would like to work for improvement of banking and telecommunication sectors in the state.

"I have experience in working both in the state and the Centre. I will utilise all my experiences for the development of Odisha," said Ashwini Vaishnav.