The actor's team woke up all their contacts around midnight to inform them about the emergency and people trooped in to arrange 15 oxygen cylinder in a few hours. 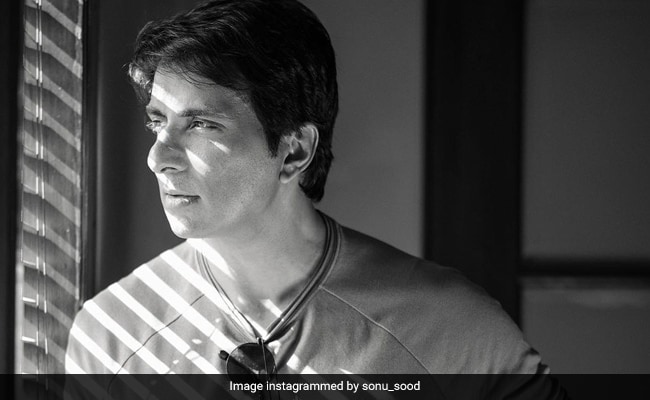 Actor Sonu Sood along with his team on Monday worked the entire night to provide oxygen to ARAK Hospital in Bengaluru from where they had received an SOS call.

At least 22 lives were at risk allegedly due to the unavailability of oxygen cylinders. On Tuesday a team member of Sonu Sood Charity foundation got a call from MR Satyanarayan, the inspector of Yelahanka Old Town about a situation at ARAK Hospital, which had already lost two patients due to a shortage of oxygen.

The team promptly swung into action and around midnight arranged for a cylinder. They woke up all their contacts to inform them about the emergency and people trooped in to help. Within a few hours, 15 more oxygen cylinders were arranged by Sonu Sood's team.

"This was sheer teamwork and the will to help our fellow countrymen. As soon as we got the call from Inspector Satyanarayan, we verified it and got to action within minutes. The team spent the entire night not thinking about anything else but just helping the hospital get oxygen cylinders. Had there been any delay, many families would have lost their close ones," Mr Sood said.

"I want to thank everyone who helped in saving so many lives last night. It's such actions by my team members that make me want to keep going on and on and trying to make a difference in the lives of people. I'm extremely proud of Hashmath who was in touch with me throughout the whole time and the entire team who helped them," he added.

The police also jumped in to help and at one point, when a patient was to be shifted and no ambulance driver was available, they drove the patient to the other hospital.

The second wave of coronavirus has produced a tidal wave of infections, and the number of COVID-19 positive cases has been rapidly rising.

The actor, who has already received his vaccine doses, launched an initiative - "Sanjeevani - A Shot of Life" - to encourage people to get vaccinated against the novel coronavirus and for raising awareness about the inoculation drive in the country.