Shashi Tharoor said that for VD Savarkar, a Hindu was one for whom India was his fatherland and holy land. Muslims and Christians were not considered in this. 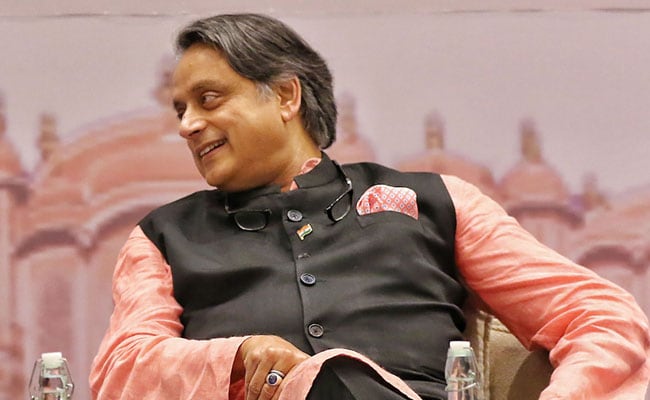 Stressing that the ruling government doesn't believe in Mahatma Gandhi and is just using his name for its brand value, Congress MP Shashi Tharoor said that those in power come from a very different political tradition.

"During the nationalist movement, there was one major split. It was not about geography or ideology but whether religion should be the basis of forming a nation. Those on the Muslim side who believed in that created Pakistan, while a vast majority on the side of Gandhi and Nehru opposed that for a secular and integrated country. They wrote a Constitution that embodied that," Mr Tharoor said.

Speaking at the session 'Shashi on Shashi' with Micheal Dwyer on Day 2 of the Jaipur Literature Festival (JLF), Mr Tharoor claimed that the Hindutva movement started by Vinayak Damodar Savarkar categorically rejected the Constitution.

He said that for Savarkar, a Hindu was one for whom India was his fatherland and holy land. Muslims and Christians were not considered in this.

"Savarkar, Madhav Sadashiv Golwalkar and Deen Dyal Upadhay rejected the constitution and in fact agreed with the Muslims that religion should determine nationhood. In the historical sense, the first advocate of the two-nation theory was actually Savarkar, who as the head of the Hindu Mahasabha called upon India to recognise Hindus and Muslims as part of two separate nations three years before the Pakistan Muslim League passed the Pakistan Resolution in Lahore in 1940," he said.

Mr Tharoor further said that according to them, the Constitution was full of imported ideas written in the wrong language - English.

"Another flaw they pointed out was that it assumes that the nation of India is a territory and it's (constitution) written for all the people on the territory. Nation is not a territory but its people and the people of India are only Hindus," he said.