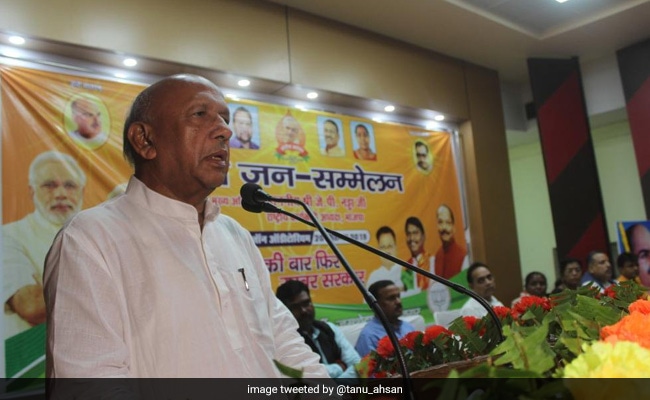 Saryu Roy said he will work for the interest of Jharkhand, the people and the country.

Former Jharkhand minister Saryu Roy, who defeated Chief Minister Raghubar Das in the recently-held state assembly elections, said the BJP made a mistake by giving him leadership role in the state.

Describing the BJP's crushing defeat by the Jharkhand Mukti Morcha Congress and the RJD alliance a victory over egotism, Mr Roy said Mr Das' dishonesty and arrogance" resulted in his defeat.

Mr Roy told news agency IANS that Mr Das had become unpopular in Jharkhand, something the BJP leadership could not understand and the entire responsibility of the party was given to him.

Describing his victory as "the victory of the people of Jamshedpur", he said the people of this region had been angry with the Chief Minister's family for the last five years and wanted to get rid of this fear.

"People were determined to teach Raghubar Das a lesson. I started off as a lone voice, but then people came along. The entire election was fought by the people," he said.

Mr Roy, who played a key role in exposing the fodder scam, said his fight against corruption will continue. "Jail is the right place for those who indulge in corruption," he said.

When asked about the chief minister-designate Hemant Soren, Mr Roy said," He is young and educated. My best wishes are with him. I wish he forms a strong and stable government."

"My victory has been possible due to the people of Jamshedpur. My first priority will be to live up to the expectations of the people. I will never break the trust of the people," he added.