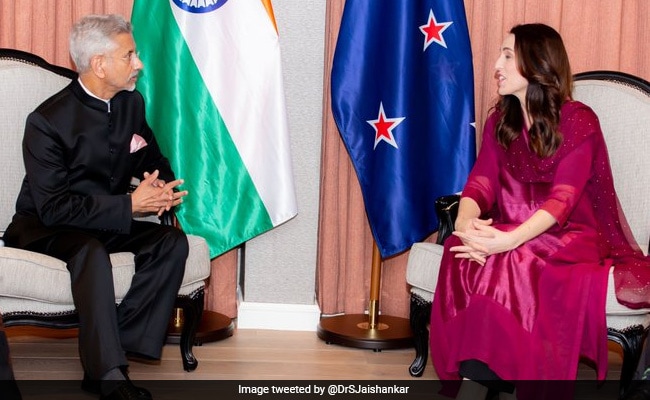 It is Mr Jaishankar's first visit to New Zealand as the External Affairs Minister.

It is Mr Jaishankar's first visit to New Zealand as the External Affairs Minister.

Mr Jaishankar will also join Prime Minister Ardern on Thursday to felicitate members of the Indian community for their exceptional achievements and contributions.