Prophet Remark Protests: Protests had erupted outside the Jama Masjid on June 10 with hundreds of people demanding the arrest of now-removed BJP spokesperson Nupur Sharma and former head of the Delhi BJP's media unit Naveen Jindal. 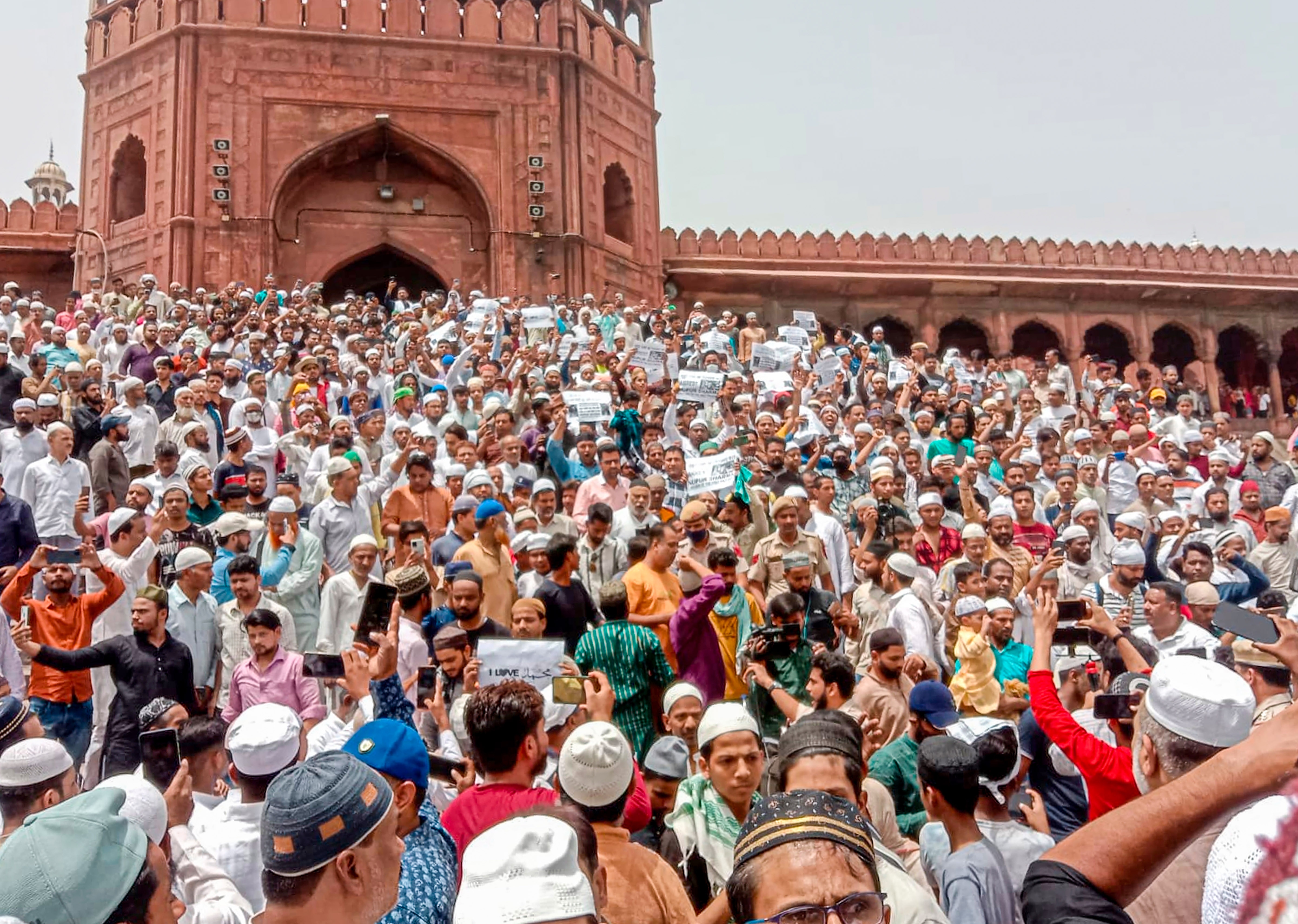 A 72-year-old man was held for allegedly disrupting communal harmony and organising a protest without permission at the Jama Masjid area here recently against the controversial remarks on Prophet Mohammad, police said on Wednesday.

Accused Anwaruddin, a resident of Matia Mahal in the Jama Masjid area, has been bound down under Section 41A (police may arrest without warrant) of the CrPC, police said.

Anwaruddin, who runs a motor shop in the area, has previously been involved in 10 criminal cases, including three related to riots, a senior police officer said.

He is accused of forcing shopkeepers in the area to shut shops in support of the protest held on June 10 at the Jama Masjid after the Friday prayers, police said.

According to the police, preliminary investigation has found that people were mobilised through messages on WhatsApp groups.

Protests had erupted outside the Jama Masjid on June 10 with hundreds of people demanding the arrest of now-removed BJP spokesperson Nupur Sharma and former head of the Delhi BJP's media unit Naveen Jindal.

The protesters, who had gathered at the popular mosque, carried placards and raised slogans against the duo over their remarks on the Prophet.

Deputy Commissioner of Police (Central) Shweta Chauhan had said, "On June 10, an FIR was registered at Jama Masjid police station against the protesters under section 188 (disobedience to order duly promulgated by public servant) of the Indian Penal Code (IPC) as a protest was held in the Jama Masjid area after Friday prayers without permission. Section 153A IPC has also been added (to the FIR) for promoting communal disharmony in the area." A day after the protest, the police had arrested two people -- Mohd Nadeem Zaid (45), a resident of the Jama Masjid area, and Mohd Faheem Khan (37) living in Turkman Gate area.