The number of people who died after consuming poisonous liquor reached 75 on Sunday; 32 died in Uttarakhand and 43 in Uttar Pradesh. 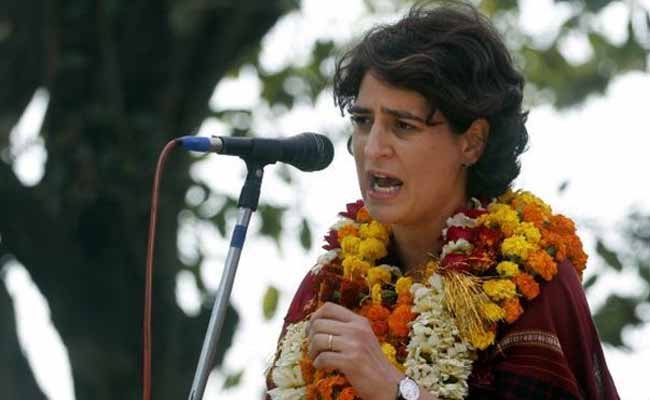 Priyanka Gandhi urged state governments to take action against those responsible for the tragedy. (FILE)

"Sad and stunned by the deaths... in Uttarakhand and UP due to illicit liquor. This is condemnable. It couldn't have been imagined that the trade of illicit liquor flourished at such a large scale in the two states," Priyanka Gandhi, who last month was made in-charge of the Congress's Lok Sabha election campaign in eastern Uttar Pradesh, said in a statement today.

The number of people who died after consuming poisonous liquor reached 75 on Sunday; 32 died in Uttarakhand and 43 in Uttar Pradesh.

More than 130 people have been arrested for making and selling illegal liquor, the police said.

The tragedy took a political turn with the ruling BJP and the opposition parties including the Bahujan Samaj Party and the Samajwadi Party, which have tied up for the national elections, trading charges of negligence in enforcing strict liquor manufacturing and sale regulations.

"In the past too, such type of mischievous acts by SP leaders had come to fore. In Azamgarh, Hardoi, Kanpur and Barabanki, SP leaders were found to be involved in past hooch tragedies. We can't deny conspiracy this time too," Chief Minister Yogi Adityanath told reporters in Gorakhpur, according to news agency PTI.

Former UP chief minister Akhilesh Yadav said the BJP government did not listen to the opposition's warning over illegal liquor trade. "The opposition has been notifying the government about such activities, but they did not act as some of its leaders are involved. The truth is that without the backing of the government, such businesses cannot be carried out. The BJP should accept the fact that they cannot run the state," Mr Yadav said.

In Saharanpur, the UP police claim the liquor was first consumed in neighbouring Uttarakhand where  villagers from Saharanpur has gone to attend a funeral and was then also smuggled back to the Saharanpur district by a villager who then sold it to others. In Kushinagar, the government says the liquor could have originated in Bihar - where ironically there is total prohibition.

"If early treatment was taken then the death toll would be much lesser. The second thing is that a man called Pintu came back with 30 pouches and sold them. One or two pouches have been recovered and anyone who drank from those pouches is also dead or in hospital," Saharanpur District Magistrate AK Pandey had said on Saturday.

Since 2011, over 175 people have died in eight adulterated tragedies across UP. Four of those incidents have happened during Yogi Adityanath's tenure as UP chief minister.